By Christel Deskins 4 weeks ago

Lions quarterback Matthew Stafford and his wife Kelly are making a bigger commitment to his alma mater, the University of Georgia. After an initial donation of $350,000 to the athletic department to help launch a social justice program with the UGA Athletic Association.

On Friday, the Stafford announced that they were increasing the total gift to $1.5 million, to be spread throughout the athletic program and to help fund scholarships. 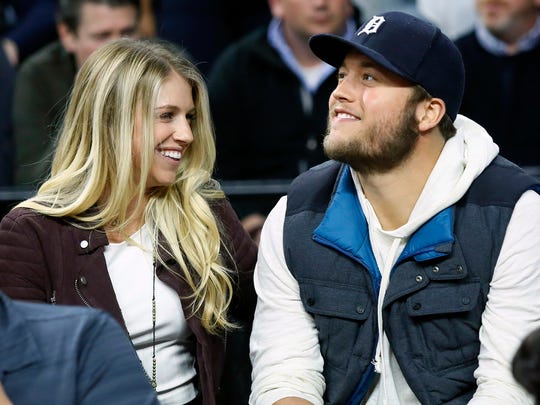 Kelly and Matthew Stafford at a Pistons game in 2015. (Photo: Duane Burleson, AP)

The Staffords have given back to several causes in the Detroit area since the Lions drafted Matthew first overall in 2009, but they wanted to make a bigger impact at their alma mater.

“Give a lot of credit to my wife. She was hugely instrumental in getting everything together, as well. It was a total team effort,” Stafford