Stacey Abrams among ‘rising stars’ to speak at DNC

100 years ago, US women secured victory for voting rights

On Aug. 18, 1920, Tennessee became the 36th state to ratify the 19th Amendment giving U.S. women the right to vote. It was the final state needed to achieve a two-thirds majority, ensuring the amendment would become law – though women of color would still face barriers to voting for decades to come. (The federal government certified the amendment’s adoption on Aug. 26.) To commemorate the 100th anniversary of the amendment, the USA TODAY NETWORK named “100 Women of the Century” who displayed outstanding achievements in politics, civil rights, the arts, and many other fields.On Tuesday night, the network’s Storytellers Project will host a virtual event with six of these women. The event will be livestreamed on Facebook and YouTube at 8 p.m. ET.

Trump to campaign in battleground states

As Joe Biden and the Democrats convene virtually this week for the Democratic National Convention, President Donald Trump plans to head southwest to campaign in Yuma, Arizona on Tuesday. Trump will campaign in four battleground states – Wisconsin, Minnesota, Arizona and Pennsylvania – during this week’s Democratic convention, which is based in Milwaukee but is being broadcast to delegates and voters nationwide. The Democrats canceled plans for a full-blown convention because of the spread of COVID-19, so delegates are meeting online to nominate Biden and running mate Sen. Kamala Harris.

LeBron James and the Los Angeles Lakers begin their quest for a record-tying 17th NBA championship on Tuesday. The No. 1 seed in the Western Conference faces off against the upstart Portland Trail Blazers, who won the NBA’s first play-in game to earn the No. 8 seed. James has said the strangeness of this season – and the nature of playing in a bubble – will make this his most difficult challenge in his 18-year career. Teammate Anthony Davis, whom James helped bring to Los Angeles in the offseason, will have to improve his uneven performances. The Blazers will look to Damian Lillard, who has entertained with blistering offensive performances; he’s scored 132 points in the past three games combined. They’re not your average eight seed.

Hurricane Genevieve is forecast to become a Category 4 “major” hurricane in the eastern Pacific Ocean on Tuesday with winds of 140 mph possible, the hurricane center said. The storm strengthened into a hurricane Monday off the west coast of Mexico. Fortunately, Genevieve is expected to remain offshore and not directly hit land. However, swells from the hurricane could affect Mexico’s west coast, and the hurricane center warned that “these swells are likely to cause life-threatening surf and rip current conditions.” Meanwhile, the National Hurricane Center is watching two systems in the Atlantic basin, giving both disturbances a medium chance of developing into a tropical depression or storm within the week.

New coronavirus cases are emerging at schools. How much you know depends on where you live

Tue Aug 18 , 2020
As children and teachers started returning to classrooms over the past few weeks, new cases of COVID-19 emerged, forcing some schools to temporarily shift to online-learning only and hundreds of students to quarantine at home until their health was assured. While those developments have been well-documented, it’s what remains unknown […] 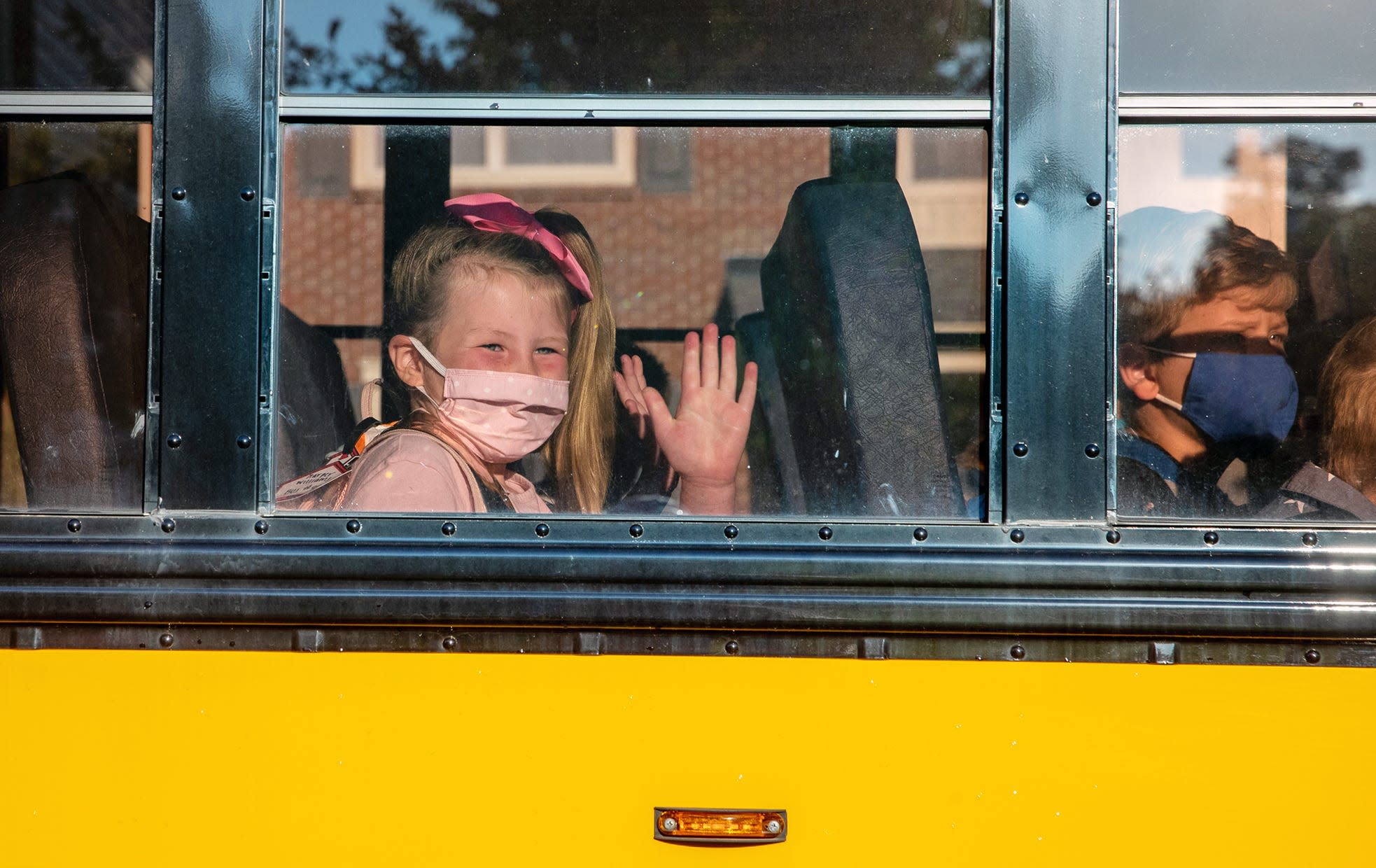