Alyssa Carson attended her first space camp at 5 years old. She graduated from the Advanced Space Academy program at 16, the youngest person ever to do so. Before the pandemic hit, the rising college sophomore had planned to spend her summer flying airplanes.

The eventual goal: fly to Mars.

Carson is one of a small group of young people who are already positioning themselves to be astronauts in the US’s next phase of space exploration. They are attending advanced preparation programs and building social media personas to put themselves on NASA’s radar now, all with an eye towards being in the astronaut class sent to the red planet in the next couple of decades.

The group, mostly teenagers, talks online about the latest developments in space exploration and works to broadcast their interest to a wider audience. Carson’s online personality is NASA Blueberry — she uses the name on Twitter, Instagram, and TikTok.

“We’re kind of translating space talk and doing science experiments on TikTok,” she told Business Insider. “It’s definitely a lot of the science geeks trying to learn this new TikTok thing, but it’s about being entertaining while talking about science.”

Going to Mars has been Carson’s dream since she was 3 years old and watched an episode of “The Backyardigans” about astronauts going to Mars. She’s the only person who’s attended every NASA space camp. When she was 12, she was invited to speak at NASA about her interest in the red planet. She’s currently pursuing an astrobiology major at the Florida Institute of Technology.

The draw is that stepping onto the red planet is something no one has done before, she said.

NASA aims to send humans to Mars in the 2030s. A crucial though preliminary step in that effort launches later this month, when the Perseverance rover will begin its journey to the red planet. Assuming it lands there safely, the robot is expected to search for signs of life and measure Mars’s weather, dust, and water conditions. This information could help set up future crewed missions.

Carson considers herself — and her “science geek” friends — part of the “Mars generation.” For people her age who are into science and space, she said, Mars is the new moon.

But she believes that a push from the public, especially young people, is what’s needed to make sure the mission happens.

“The whole reason why we went to the moon was because there was so much public interest around it,” Carson said. “I definitely think that Mars kind of needs that same push. So it’s kind of either teaching or inspiring or helping people to either want to get involved in the space program in some way or just want to support it.”

NASA Blueberry, the username Carson coined, references her time at the Advanced Space Academy. It’s her “call sign” — the nickname astronauts use for each other when they are giving commands over the radio.

“I got ‘Blueberry’ because the second time I went to space camp, when I was really little, I wanted one of the blue flight suits that I saw everyone wearing because I wanted to be an astronaut, so I wanted to look like one. I was too short and small to fit in any of the flight suits, so my dad ended up finding this knockoff, like not really the right shade of blue,” she explained.

“When I wore it everyone told me it made me look like a blueberry. So after that, throughout the day and the rest of the time at space camp, they would just say, ‘Oh, Blueberry, can you do this?'”

Looking up to women astronauts

Carson said she looks to female astronauts of the past as her role models.

She met former astronaut Sandra Magnus once at a career day for young women interested in science and technology. Magnus chatted with Carson and explained that she’d decided to become an astronaut at a young age.

“That inspired me and told me that it didn’t really matter how old I was when I decided this, that I could actually successfully do it in the future,” Carson said. “So it’s just kind of been a little push and a little motivation to kind of keep me working towards my dream.”

After finishing her schooling —  a PhD in astrobiology is a possibility, she said — Carson plans to apply whenever NASA puts out its next call for astronaut applications. The space agency usually accepts applicants every few years.

“Then just hopefully applying until I get selected,” Carson said, adding, “ideally, I just want to contribute in some way to the space program — whether that is the mission to Mars — being on it — or whether that’s doing work on Earth for the mission, or any other mission.”

Sun Jul 12 , 2020
As the Trump administration pushes full steam ahead to force schools to resume in-person education, public health experts warn that a one-size-fits-all reopening could drive infection and death rates even higher. They’re urging a more cautious approach, which many local governments and school districts are already pursuing. There are too […] 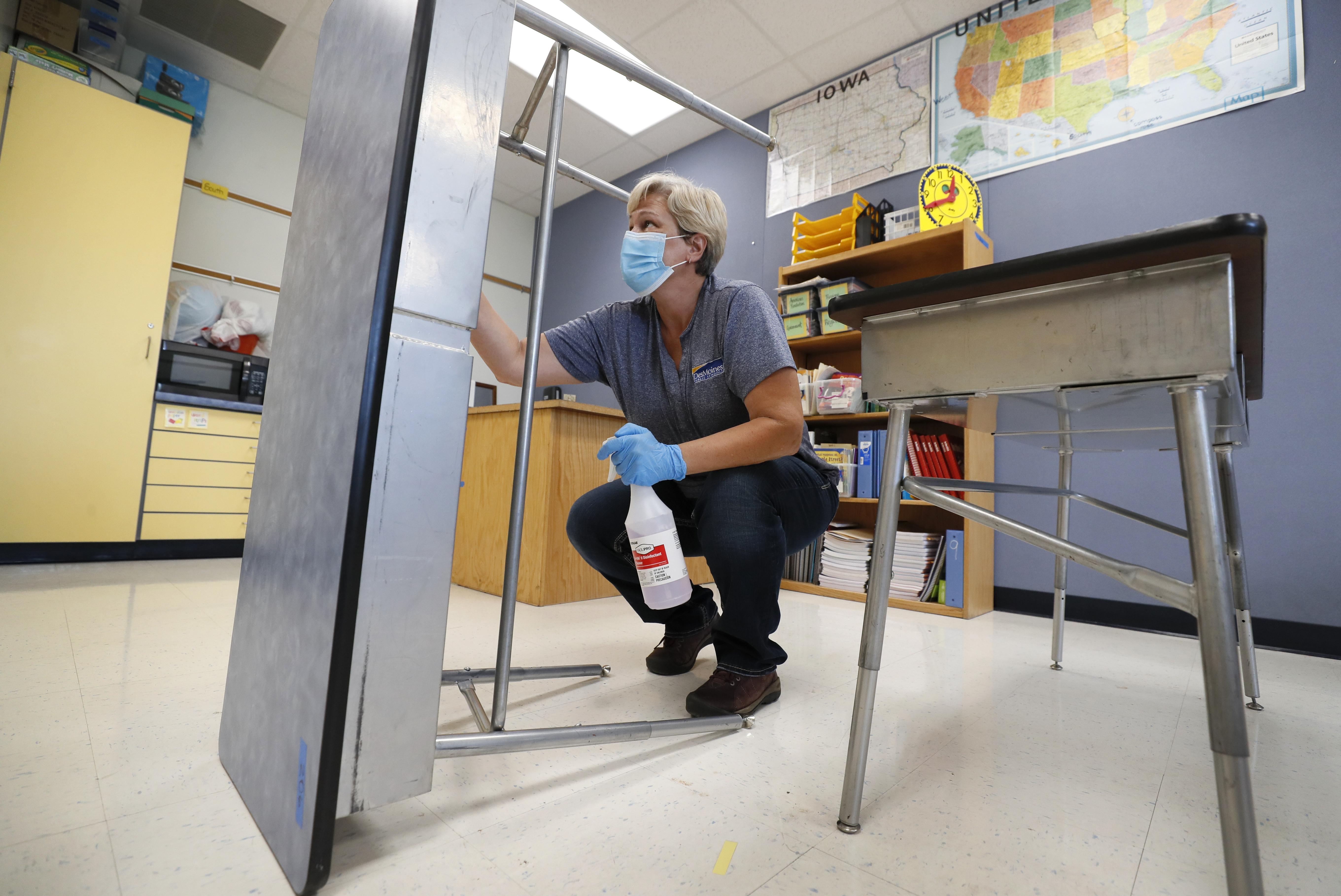