After years of fighting for incremental progress in the White House and the halls of Congress, police-reform activist Nkechi Taifa finds herself leapfrogged by protesters in the streets calling to “defund the police” and reimagine law enforcement across the country.

It’s a position she never expected to find herself in. And she’s not complaining.

“It’s a huge moment. Two months ago, three months ago, four months ago, when we were talking about reform, we were dealing with piecemeal issues,” she says. “Little did we know that the activists in the streets would take some of (the) things we’ve been saying for years and go much further, be much bolder.”

Across the country, street protests and confrontations that erupted following the May 25 death of George Floyd after a white Minneapolis police officer kneeled on his neck for almost nine minutes have prompted a broad and lasting discussion about the state of policing in America — and how communities could or should change it.

Longtime activists like Taifa see this moment as a once-in-a-lifetime opportunity to dramatically reshape police departments and what happens when people call 911 or encounter an armed officer in their community.

Multiple studies show Black people are killed are much higher rates than whites during encounters with police. Black men in particular are 2.5 times more likely to be killed by police than white men, according to a University of Michigan, Rutgers University and Washington University study released last year. The study found that about 100 Black men and boys per 100,000, and 39 white men and boys per 100,000, are killed by police during their lifetimes.

Decisions being made now by city councils and mayors may have generational impacts, not just on how Black communities are policed, but how drug addiction, evictions and community relations are handled.

Aside from sweeping reforms like hiring social workers or mental-health counselors, removing military-grade equipment and abolishing the qualified immunity that protects officers from being sued personally, communities are also grappling with more basic questions like how many officers they should have patrolling the streets.

“We hear poor and Black communities across this country saying, ‘we want a different system in place because this isn’t working for us,'” says Arisha Hatch, the vice president and chief of campaigns at the online-based racial justice group Color Of Change. “I don’t think it’s that radical.”

Experts say changing policing in America requires far more than slogans and marches, and demands communities address longstanding issues of violence, drug use and poverty, along with ending structural and systemic racism.

Communities will also have to contend with strong opposition to reform from police unions and politicians like President Donald Trump, who in a tweet Monday urged police to “take a stronger stand” against the elected officials to whom they are ultimately responsible. Reform advocates say many police departments operate with little effective oversight from politicians or the public.

Never in history have Police been treated so badly as they are in Democrat run cities – and these cities are a mess. Police must take a stronger stand with the Radical Left politicians that are treating them so badly, and so disrespectfully!!!

In June, Trump also signed an executive order calling for more social workers to assist police, studying ways to better address mental health, homelessness, and addiction, and discouraging the use of chokeholds.

“All Americans are entitled to live with the confidence that the law enforcement officers and agencies in their communities will live up to our Nation’s founding ideals and will protect the rights of all persons,” the executive order says. “Particularly in African-American communities, we must redouble our efforts as a nation to swiftly address instances of misconduct.”

An appetite for change

Hatch says a good starting point would be to start policing Black neighborhoods like white ones, where teenagers who break the law are far more likely to get a second chance than a mandatory minimum, where police officers defer politely to armed Second Amendment protesters instead of shooting them, and where schools are staffed with more nurses than cops.

“Policing in this country is a failed experiment for Black people. We don’t need to tweak the hypothesis any. We are very clear there needs to be a very different set of priorities and investments in our communities,” says Hatch. “White people are given the benefit of the doubt in the way that Black people and other people of color are not.”

Not everyone believes the country’s police departments need wholesale reform. Heather Mac Donald, a researcher with the conservative-leaning free-market think tank Manhattan Institute, argues talking about police violence in Black neighborhoods, particularly shootings of Black men by officers, obscures a more important conversation about why there’s so much violence in those neighborhoods already.

Former New York City Mayor Rudy Giuliani adopted many of the institute’s policies as he presided over a significant drop in violent crime during the 1990s, a drop that many critics say was accompanied by racist policing tactics, including stop-and-frisk.

Mac Donald argues that police will inherently stop and question more Black men in a community in which Black men are accused of committing violence: “What do people think that police activity should look like?”

Mac Donald argues that calls to defund the police will cause lower morale and make hiring even harder, ultimately forcing communities to lower their standards in order to hire officers, prompting taxpayers who can leave urban areas to flee to the safer suburbs, hollowing out the tax base further.

Going ‘where the crime is’

Police union leader Joe Gamaldi says policing necessarily involves being where crimes are occurring, and if crimes are occurring in Black neighborhoods, “we go where the crime is. If we want to have a larger discussion about crime in America, then let’s have that.” Gamaldi is the national vice president for the Fraternal Order of Police, and is the president of the police union in Houston, where he’s also an officer.

Like many police union officials, Gamaldi argues that the vast majority of officers nationwide are honest and fair, and that deaths like those of George Floyd are an “abhorrent” aberration, not a systemic problem. But like many reform advocates, Gamaldi says police officers are being asked to do too much  – from handling neighbor disputes to dealing with the mentally ill or drug addicts.

“Basically over the past 30 years, police officers have become a dumping ground for every other problem,” he says, criticizing the idea that funding should be cut from police departments so it can be reallocated to other social programs. “Why are these things mutually exclusive? Why can’t we find the money elsewhere? We can’t even provide the level of basic police service the community is already asking for.”

Gamaldi says police morale across the country is the lowest he’s seen in 15 years as an officer, and things are going to get worse the longer protesters attack and criticize officers.

“Who is going to be left to take it? The bottom of the barrel,” he says. “The people who we don’t want to be police officers.”

“If we let the pendulum swing without deliberation, the communities that will suffer most will invariably be the poorest communities, and communities of color,” said del Pozo, who is now a postdoctoral researcher focusing on the consequences of substance use and addiction at Rhode Island’s The Miriam Hospital and the Warren Alpert Medical School of Brown University. A native New Yorker, del Pozo served 19 years in the New York Police Department before becoming chief in Burlington.

As an example, del Pozo said, his department had to go through 1,200 applications to hire 60 police officers over his four years as chief. Hiring diverse applicants to better reflect the city’s demographics – a basic step many reform advocates say could help change the tenor of policing – was a challenge because few Black applicants want to join departments led primarily by white, conservative men.

“How do you tell a young Black or Hispanic applicant to come to this department where everybody superior to you is white and maybe more conservative and then expect them to take the lead? It’s a lot to ask anyone to be a diversifier, especially in an industry like policing,” del Pozo said.

The need for a ‘cultural’ change

In rapidly changing cities like Aurora, Colorado, where 20% of residents were born outside of the United States, leaders like newly elected Mayor Mike Coffman face a constant challenge in trying to make the police department’s diversity match that of the community.

Starting in 2018, the city has dispatched mental health workers on certain calls with police but that’s an effort complicated by a legally binding deal between the city and the police union that requires funding two uniformed officers for every 1,000 residents. Even if Coffman and other city leaders wanted to shift funding from cops to mental health, they’d face a legal challenge because the deal requires uniformed officers, not desk clerks, 911 operators or frontline social workers.

Coffman said the city has worked hard to hire diverse officers but knows more can be done.

“The discussion here is no different than the discussion in the rest of the country. It’s not just about more cops on the street. It’s about the alternatives to prevent people from going in this direction in the first place, in terms of crime,” he said.

Aurora is further along in that discussion than other cities, however, because both state and federal officials are reviewing the 2019 death of Elijah McClain, a 23-year-old Black man who was arrested while walking down the street after police received a report of a suspicious person in a mask – a mask his family says he often wore to stay warm due to a blood condition.

Three officers confronted the young man carrying iced tea, threw him to the ground during a struggle, and then one of them wrapped his arm around McClain’s neck in what was officially called a “carotid control hold.” Medics then injected McClain, a massage therapist, with the sedative ketamine, after which he had a heart attack and died at a hospital several days later.

Prosecutors declined to file charges against the three officers, sparking widespread protests and clashes with police in late June, exacerbated by revelations that three other Aurora officers had taken and shared mocking photos at the site where McClain died.

“We’ve got a lot of sets of eyes looking into the case. More reforms will come from this. I think we’re on a good path, in terms (of) realizing the need for change,” Coffman said.

Taifa, the reform activist, says the tragedy in Aurora highlights the need for changes in the overall law-enforcement culture.

“Until there’s really a change in police culture, it doesn’t matter if you have officers of color,” she says. “We have got to take a step back. We need to try what we can, evaluate, and take whatever the best solutions are and move forward. And it’s not going to happen overnight. We need to accept that we might make mistakes, but you’ve got to start somewhere in making a change. And that’s the moment we are in right now.”

The Music Moments That Have Defined M.I.A.'s Career

Sat Jul 18 , 2020
There’s no one else quite like M.I.A. Since her arrival on the music scene nearly 20 years ago, Mathangi “Maya” Arulpragasam has acted as one of the industry’s chief provocateur’s, challenging Western ideals as only a Sri Lankan Tamil born in London, but raised the Northern Province of the country can. […] 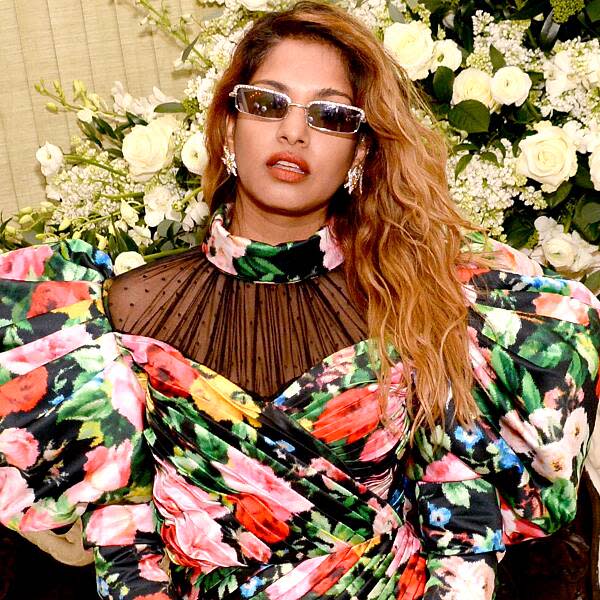