“I should call them what they are, [a racial slur in all capital letters],” Larry Bistricky wrote in a Facebook comment last week, replying to a Key West woman who had challenged a previous comment he made about people begging for money in the streets.

In another comment thread, Bistricky wrote, “The only thing a black person in this county has perfected is collecting that welfare check.”

Bistricky works for Parawest Parasailing, which was kicked out of a spot at the coveted A & B Marina at the Key West Historic Seaport on Thursday.

Parawest was ordered to pack up and leave after the posts drew anger from locals who took to other sites to urge people not to patronize the watersports business due to Bistricky’s online behavior.

A & B general manager Travis Doll said he terminated Parawest’s lease due to “safety reasons,” after learning of Bistricky’s comments disparaging Black people.

There was some discussion on Facebook about possibly staging protests at the marina.

Bistricky could not be immediately reached for comment Friday.

Cassidy Meadows, one of several Keys people calling for a boycott of Parawest over the comments, called the terminated lease a victory for the island, which has the official motto of “One Human Family.”

Losing a location at the historic seaport in Key West can be a devastating blow for a watersports business. The marina is surrounded by a boardwalk that leads to several restaurants, shops and charter fishing boats.

The seaport gets more than a million visitors each year, Doll said, foot traffic second only to nearby Duval Street.

Parawest, in an unsigned email, declined to comment and would only say that Larry Bistricky is not the company’s owner.

The company’s Tripadvisor profile says Parawest is “the only owner/operated parasailing rig in Key West, Florida. For more than a decade, Captain Larry has been flying excited visitors high above the emerald isle.”

But Friday evening, Slip No. 1 at A & B Marina was empty, with only some Parawest advertising left behind to show it had once been docked there.

The online dust-up started Wednesday when Janet Snell, of Key West, posted screenshots of comments Bistricky had made to her in a Facebook thread.

Locals began sharing the screenshots of the comments and urging others to join them in posting reviews on Tripadvisor and Yelp calling out Bistricky for the comments.

Both sites shut down the comments for Parawest due to the flood of posts calling Bistricky a racist.

“While racism has no place on Yelp and we unequivocally reject racism in any form, all reviews on Yelp must reflect an actual first-hand consumer experience,” Yelp posted. “Relatedly, we are encouraging our users to support Black-owned businesses on Yelp and beyond, learn more here.”

Tripadvisor also closed down its Parawest listing to reviews, saying it was “due to a recent event that has attracted media attention and has caused an influx of review submissions that do not describe a first-hand experience.”

Florida business records list Parawest’s owner as Kasey Bistricky, who married Larry Bistricky in 2018, according to class notes in the Trinity Reporter, which is published by Trinity College in Hartford, Connecticut. The Reporter said at the time that the couple were running a parasailing company in Key West.

Larry Bistricky’s LinkedIn page says he is the company’s owner.

When Trading Is Your Career, Consistency Is The Benchmark

Mon Jul 20 , 2020
Despite strong results peppered through the first few weeks of the month, particularly this past Monday and Thursday, July is proving to be hardscrabble time for trading the market. While I’m still green on the week, I’ve given up a lot of ground on trades that, even though they looked […] 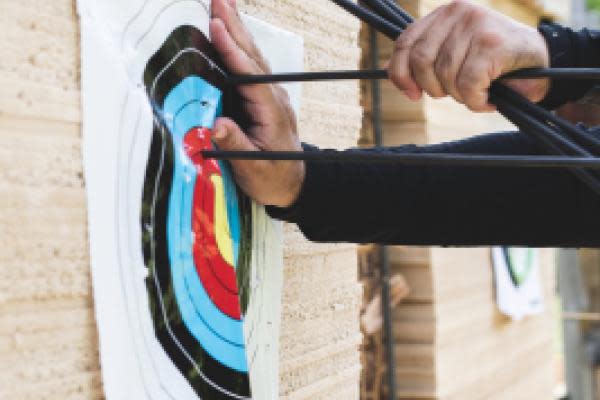