The Federal Communications Commission has authorized Amazon’s plans for a Project Kuiper constellation of 3,236 satellites that would provide broadband internet access across a wide swath of the globe — but on the condition that it doesn’t unduly interfere with previously authorized satellite ventures.

In response, Amazon said it would invest more than $10 billion in the project. “We’re off to the races,” Dave Limp, Amazon’s senior vice president of devices and services, said in a statement. (We’re passing along the full statement below.)

The FCC’s non-interference requirements and other conditions are laid out in a 24-page order that was adopted on Wednesday and released today. The ruling addresses objections registered by Amazon’s rivals — including SpaceX, OneWeb and Telesat.

Project Kuiper’s satellites are to be launched in five phases, and service would begin once Amazon launched the first 578 satellites. Under the terms of the FCC’s order, Amazon will have to launch half of its satellites by mid-2026, and the rest of them by mid-2029.

Amazon had sought to vie on an equal footing with constellation operators whose plans had been previously authorized by the FCC, but the commission said that in fairness, Project Kuiper would have to give deference to those plans. The FCC said that it expected Amazon’s mega-constellation rivals to act in good faith to resolve radio interference concerns.

Although Amazon has said in the past that the design of its system is still under consideration, the order released today provides some insight into that design. The satellites will be built to deorbit themselves within 355 days after they complete their mission, so as to reduce orbital debris. Also, the beams used to send and receive data will be focused directionally, so as to minimize interference.

The details will have to be cleared with the FCC as well as the International Telecommunication Union once they’re available. The FCC also urged Amazon to work with the National Science Foundation to minimize impacts on radio astronomy.

Amazon revealed its plans for Project Kuiper just last year. It’s currently listing more than 100 open positions for the team, with most of those jobs in Bellevue, Wash. The company plans to move the team to a new headquarters in nearby Redmond once that space is ready.

It’s not clear when Project Kuiper aims to start service, but the FCC’s authorization suggests it’d be sometime before 2026. And although Amazon hasn’t specified how its satellites would be launched, it’s worth noting that Amazon CEO Jeff Bezos owns a separate space venture called Blue Origin.

Amazon plans to use Project Kuiper not only to offer broadband internet service to billions of potential customers around the globe who are currently underserved, but also to facilitate Amazon’s other lines of business, ranging from online retail sales to Amazon Web Services’ cloud computing platform (and most likely Amazon Prime’s streaming-video offerings).

This week’s order enables Amazon to move forward with its ambitious plans, but Project Kuiper will have to navigate a careful regulatory path. It’ll have to accommodate previously approved satellite projects as well as the ITU’s requirements for the Ka-band frequencies that Kuiper plans to use.

Some of Amazon’s rivals in the mega-constellation race have already started deploying satellites in low Earth orbit, or LEO. That’s an appealing frontier for broadband internet service, because the orbits are low enough to provide ultra-fast signal response times.

SpaceX has launched more than 500 satellites for its Starlink constellation, and is planning to launch 57 more satellites within weeks. Starlink is already being tested for U.S. military applications. and SpaceX says it could start limited commercial service within the next few months. The FAA has approved further plans that would allow SpaceX to put tens of thousands of satellites in LEO.

OneWeb, meanwhile, has launched 74 satellites for a broadband constellation that could eventually amount to hundreds of spacecraft. The venture recently asked the FCC to authorize putting as many as 48,000 satellites in orbit. OneWeb declared bankruptcy in March, due to the economic disruption caused by the coronavirus pandemic — but now it’s back in business, thanks to a billion-dollar deal involving India’s Bharti Global and the British government.

Canada’s biggest satellite operator, Telesat, is also working on a LEO broadband constellation. Tim Farrar, a satellite industry consultant at TMF Associates, said in a message to GeekWire that Telesat may play the pivotal role in Amazon’s plans.

“The FCC is requiring Amazon to demonstrate that it will not cause any interference to previously licensed systems from the November 2016 processing round. That might be possible under certain circumstances for systems like OneWeb and Starlink that only use Ka-band for their gateways, but would be much harder for a system like Telesat that intends to use Ka-band for its user links,” Farrar wrote.

“As a result, decisions about whether Telesat moves forward with its constellation will have significant consequences for Amazon’s ability to deploy the Kuiper system,” he said.

Update for 4:30 p.m. PT July 30: Another twist to the FCC’s order is that Amazon is receiving a waiver from the requirement that satellite service will have to be available in all 50 states plus Puerto Rico and the U.S. Virgin Islands. Project Kuiper’s system design leaves most of Alaska out in the cold. Fortunately for Alaskans, OneWeb aims to make the Arctic region its first priority.

Meanwhile, the fact that Telesat could loom so large in Amazon’s future plans has already sparked speculation:

Update for 6:15 p.m. PT July 30: Amazon discussed the FCC’s approval and its commitment to Project Kuiper in a blog posting. Here’s the full text:

Today marked a key milestone for the project, with the Federal Communications Commission (FCC) granting Amazon approval by a 5-0 vote to deploy and operate our constellation of 3,236 satellites. The authorization allows Project Kuiper to deliver satellite-based broadband services in the United States, helping expand internet access to households and communities across the country.

A project of this scale requires significant effort and resources, and, due to the nature of LEO constellations, it is not the kind of initiative that can start small. You have to commit. Amazon will invest more than $10 billion in Project Kuiper. This investment will create jobs and infrastructure around the United States, build and scale our ground network, accelerate satellite testing and manufacturing, and let us deliver an affordable customer terminal that will make fast, reliable broadband accessible to communities around the world.

“We have heard so many stories lately about people who are unable to do their job or complete schoolwork because they don’t have reliable internet at home,” said Dave Limp, Senior Vice President, Amazon. “There are still too many places where broadband access is unreliable or where it doesn’t exist at all. Kuiper will change that. Our $10 billion investment will create jobs and infrastructure around the United States that will help us close this gap. We appreciate the FCC’s unanimous, bipartisan support on this issue, and I want to thank Chairman Pai and the rest of the Commission for taking this important first step with us. We’re off to the races.”

Project Kuiper will deliver high-speed, low-latency broadband service to places beyond the reach of traditional fiber or wireless networks. It is inspired by customers in every corner of the world: by families working and learning together from home; by scientists and researchers operating in remote locations; by first responders providing disaster relief; and by companies of all sizes moving their business online. Project Kuiper will serve individual households, as well as schools, hospitals, businesses and other organizations operating in places without reliable broadband.

“We are doing an incredible amount of invention to deliver fast, reliable broadband at a price that makes sense for customers,” said Rajeev Badyal, Vice President of Technology for Project Kuiper. “LEO-based broadband systems like Project Kuiper present a huge number of challenges, and we have assembled a world-class team of engineers and scientists who are committed to delivering on our vision for Project Kuiper and keeping space a safe, sustainable environment for everyone. Combine that with Amazon’s deep expertise in networking and infrastructure and its ability to finance such a huge undertaking, and I am optimistic about the impact we can have for these unserved and underserved communities.”

We are also committed to working with public and private sector partners that share our vision for the project. In addition to providing ground station service directly to customers, Project Kuiper will also provide backhaul solutions for wireless carriers extending LTE and 5G service to new regions. Together, these projects will expand broadband access to more households in the United States and around the world.

Project Kuiper will be designed and tested in our all-new research and development facility opening in Redmond, Wash. The Kuiper team is growing quickly, and those inspired by our mission and interested in joining a diverse, world-class team can view open roles here. 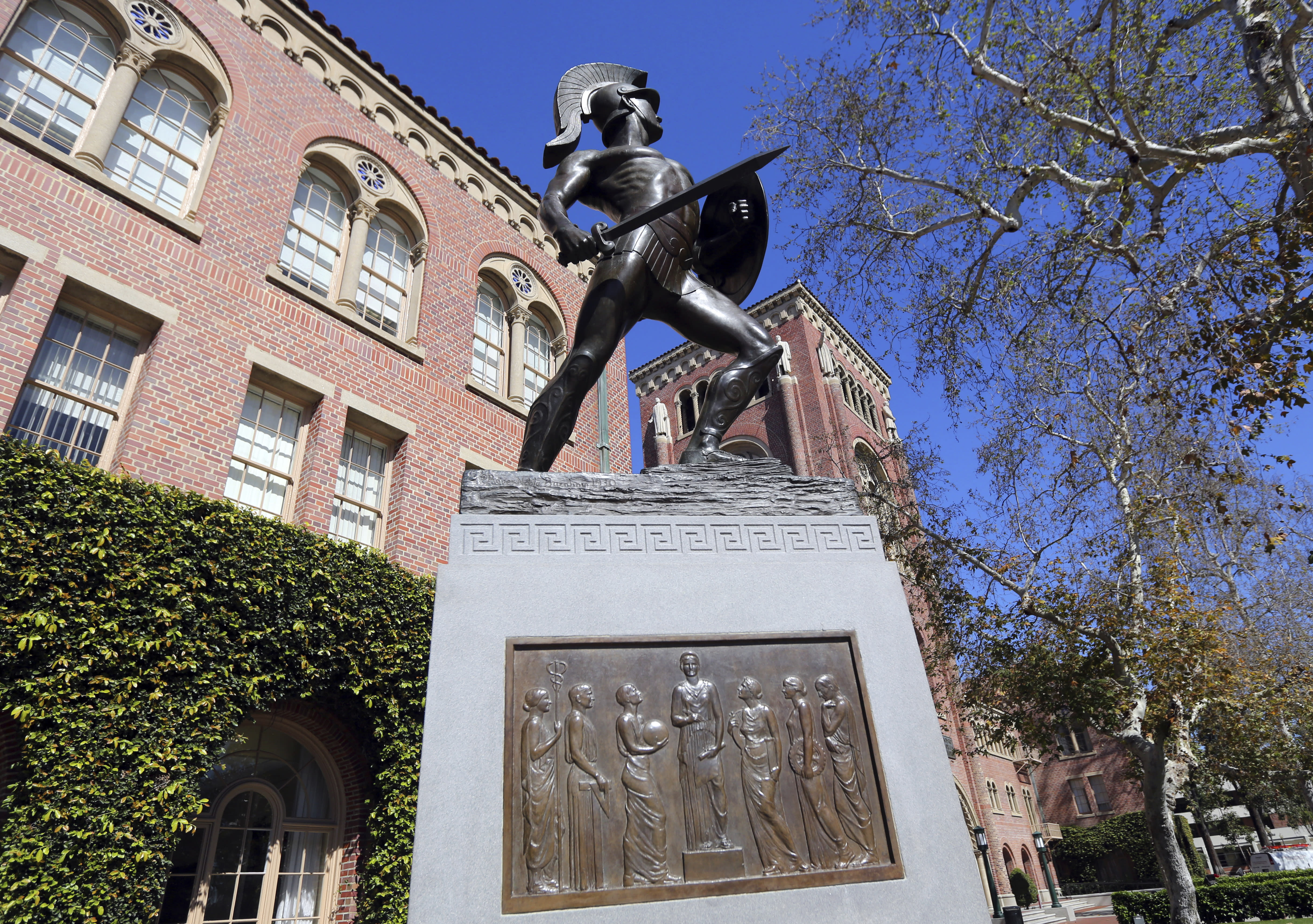