Joshua Claybourn is leaning toward sending his kindergarten daughter to in-person classes at a private school next month. Holly Davis’ sixth-grade daughter will learn online, though the family has not yet decided what to do for school for a teenage daughter who requires special accommodations for hearing problems and dyslexia and another who’s starting college.

As they decide how their children will learn this fall amid the coronavirus pandemic, parents are anxiously weighing the benefits of in-person instruction against the risks that schools could shut their doors again or that their children could contract the virus and pass it on.

“To say we are stressed might be an understatement,” said Davis, of Noblesville, Indiana, whose family is self-isolating after one of their daughters was exposed to COVID-19 at a cross country meet. “We’re being forced to make impossible decisions.”

Across the country, chaos and disarray have marked the start of the school year as families await directives from district officials and, where they have a choice, make agonizing decisions over whether to enroll their children online or in person — often with very little guidance.

If their kids are not in classrooms, parents will have to line up child care — or find the time to help their learn online. They have no idea if it will be safe to send their children to school — or whether the school doors will open at all or stay open if someone is diagnosed with the virus.

Further complicating decisions, in some public school districts, kids who opt for online instruction won’t be able to participate in in-person extracurricular activities.

The decision over how kids will be schooled is particularly fraught in low-income areas and communities of color that bear the double burden of being places both most affected by the pandemic and ones where students could benefit most from being in school, said Dr. Kiran Joshi, senior medical officer and co-lead of the Cook County Health Department, which serves 2.4 million people around Chicago.

“I think there’s clearly a lot of value in in-person instruction,” Joshi said. “I think, though, that that has to be balanced with the need to control the pandemic.”

Many parents dread a return to what millions faced this spring, when they tried to work while their kids attended online school.

About 70% of Americans think schools should open in the fall, though most of those think it should happen with restrictions, according to a recent poll from The Associated Press-NORC Center for Public Affairs. Only 8% say say K-12 schools should operate normally. Mask wearing has been a particular sticking point in many places. In Springfield, Illinois, scores of people rallied against a requirement that schoolchildren wear face coverings while attending class.

Claybourn, father to the kindergartner, is weighing his options. He said it’s not clear yet what his local public school system in Newburgh, Indiana, would do if a someone caught COVID-19. The private school he’s eyeing said it would close only the child’s classroom, and only for two to three weeks.

The public school also plans to offer an online option, but to Claybourn, an attorney who works outside of his home, “that is not a solution because ultimately requires someone with the kids all day.”

He also wants his daughter to have the routine, friendships and interactions with teachers that come with in-school learning.

“I will never be as good of a teacher as the trained professionals,” he said. “I understand the concern about kids contracting and spreading the virus, but for me the larger concern is the prospect of not being in school for an extended period.”

For Davis and her husband, health concerns and the threat that schools could close at a moment’s notice pushed them to choose online learning for their youngest daughter, rather than a hybrid program that would include some in-person learning.

Davis explained that she is at high risk for developing serious illness if she gets infected.

“Until they figure out what’s going on (with the virus), let’s take one kid out of the system,” she said.

A resurgence of cornavirus infections in much of the United States is adding to the uncertainty.

Experts say those figures understate the true toll of the pandemic, due in part to limited testing.

India, with has the world’s third-highest infections behind the United States and Brazil, saw a surge of more than 49,000 new cases, raising its total to over 1.3 million.

In New York City, Macho Lara, an IT manager at a Brooklyn charter school, said he and his wife have agonized over what to do with their children, who are entering third grade and fifth grade.

Officials are tentatively offering the public school system’s 1.1 million students the choice between continuing remote instruction or a hybrid model.

“We still have no idea what’s going to happen in the fall,” said Lara, who said they’re trying to weigh health risks, the uncertainty of their work schedules, local transmission rates, their children’s need for friends and the impact on the social development of their 8-year-old.

Complicating the family’s decision, they’re getting little clarity from elected leaders. Mayor Bill de Blasio said this week he wouldn’t make a final decision on opening schools until just a few days before they are scheduled to restart in September. New York Gov. Andrew Cuomo has said the ultimate decision is up to him.

President Donald Trump had initially demanded a full reopening of the nation’s schools, but has more recently acknowledged that some may need to delay their reopening this fall.

For Lara, there is no good choice.

“They’re both going to hurt,” he said. “It’s which is going to suck a little bit less.”

Sat Jul 25 , 2020
Kathie Lee Gifford is paying tribute to her former co-host, Regis Philbin. On Saturday, Gifford shared a heartwarming post about her longtime colleague and friend, who died Friday of natural causes. “There are no words to fully express the love I have for my precious friend, Regis. I simply adored […] 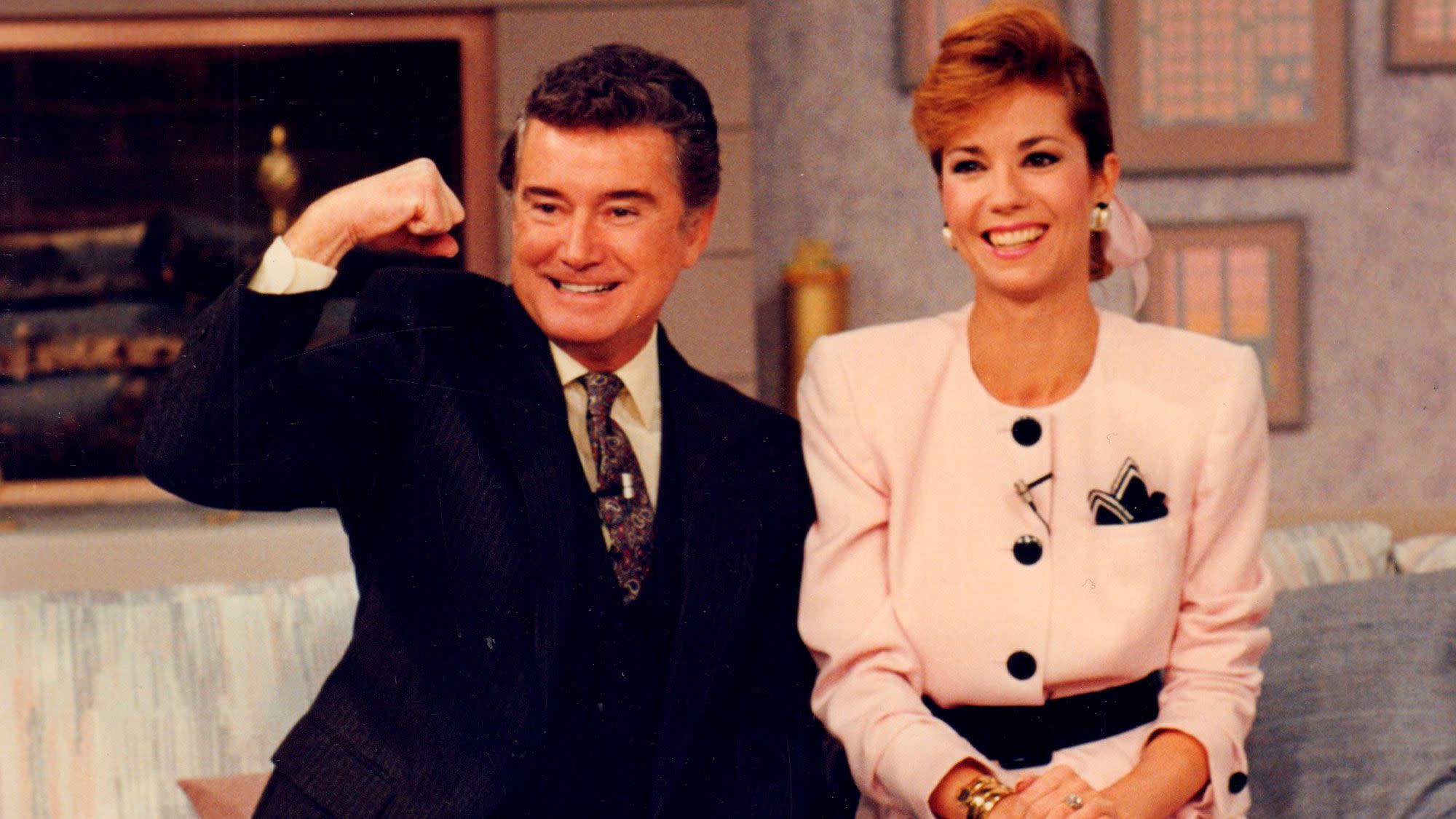