One of the first school districts in the country to reopen its doors during the coronavirus pandemic did not even make it a day before being forced to grapple with the issue facing every system actively trying to get students into classrooms: What happens when someone comes to school infected?

On the first day of classes Thursday, a call from the county health department notified Greenfield Central Junior High School in Indiana that a student who had walked the halls and sat in various classrooms had tested positive for the coronavirus.

Administrators began an emergency protocol, isolating the student and ordering everyone who had come into close contact with the person, including other students, to quarantine for 14 days. It is unclear whether the student infected anyone else.

“We knew it was a when, not if,” said Harold E. Olin, superintendent of the Greenfield-Central Community School Corp., but were “very shocked it was on Day 1.”

To avoid the same scenario, hundreds of districts across the country that were once planning to reopen their classrooms, many on a part-time basis, have reversed course in recent weeks as infections have spiked in many states. Those that do reopen are having to prepare for the near-certain likelihood of quarantines and abrupt shutdowns when students and staff members test positive.

Of the nation’s 25 largest school districts, all but six have announced they will start remotely, although some in places like Florida and Texas are hoping to open classrooms after a few weeks if infection rates go down, over strong objections from teachers’ unions.

More than 80% of California residents live in counties where test positivity rates and hospitalizations are too high for school buildings to open under state rules issued last month. And schools in Alexandria, Virginia, said Friday that they would teach remotely, tipping the entire Washington-Baltimore metro area, with more than 1 million children, into virtual learning for the fall.

In March, when schools across America abruptly shuttered, it seemed unimaginable that educators and students would not return to school come fall, as they have in many other parts of the world. Now, with the virus continuing to rage, tens of millions of students will start the year remotely, and it has become increasingly clear that only a small percentage of children are likely to see the inside of a school building before the year ends.

“There’s no good answer,” Mark Henry, superintendent of the Cypress-Fairbanks Independent School District near Houston, told trustees at a recent special meeting in which they voted to postpone the district’s hybrid reopening until September. “If there was a good answer, if there were an easy answer,” he said, “we would lay it out for you, and everybody would be happy.”

Anywhere that schools do reopen — outside of a portion of the Northeast where the virus is largely under control — is likely to see positive test results quickly, as in Indiana. A New York Times analysis found that in many districts in the Sun Belt, at least 10 people infected with the coronavirus would be expected to arrive at a school of about 500 students and staff members during the first week if it reopened today.

To deal with that likelihood, many schools and some states have enacted contact tracing and quarantine protocols, with differing thresholds at which they would close classrooms or buildings.

Because of the low infection rate locally, New York City, the largest district in the country, plans to reopen schools on a hybrid model Sept. 10, with students attending in-person classes one to three days a week. Yet even there, the system might have to quickly close if the citywide infection rate ticks up even modestly.

On Friday, Mayor Bill de Blasio laid out a plan for responding to positive cases that would mean many of the city’s 1,800 public schools would most likely have individual classrooms or even entire buildings closed at certain points.

One or two confirmed cases in a single classroom would require those classes to close for 14 days, with all students and staff members ordered to quarantine. The rest of the school would continue to operate, but if two or more people in different classrooms in the same school tested positive, the entire building would close for an investigation and might not reopen for two weeks depending on the results.

In California, where schools in two-thirds of the state have been barred from reopening in person for now, state guidelines call for a school to close for at least 14 days if more than 5% of its students, faculty and staff test positive over a two-week period.

Chicago, the nation’s third-largest school district, has proposed a hybrid system for reopening that would put students into 15-member pods that can be quarantined if one member tests positive. School buildings should close if the city averages more than 400 new cases a week or 200 cases a day, the plan states, with other worrying factors like low hospital capacity or a sudden spike in cases taken into account.

In Indiana, where the middle school student tested positive Thursday in Greenfield, an Indianapolis suburb of 23,000 people, the virus began to spike in mid-June, and the caseload has remained relatively high. This week, Indianapolis opted to start the school year online.

The Greenfield-Central Community School Corporation, with eight schools and 4,400 students, gave families the option of in-person or remote learning. At Greenfield Central Junior High School, which the student with the positive test attends, about 15% of the 700 enrolled students opted for remote learning, said Olin, the superintendent.

“It was overwhelming that our families wanted us to return,” he said, adding that families needed to be responsible and not send students to school if they were displaying symptoms or awaiting test results. Students are also required to wear masks except when they are eating or for physical education outside, he said — and as far as he knew, the student who tested positive was doing so.

Anyone who was within 6 feet of the student for more than 15 minutes Thursday was instructed to isolate themselves for two weeks, Olin said. He would not give a specific number of people who were affected at the school, but he said no teachers or staff members were identified as close contacts, and therefore none have been told to quarantine.

“It really doesn’t change my opinion about whether we should start or not,” Olin said. “If we get down the road and realize that we need to make some adjustments, we’re not opposed to that.”

He said that the district did not have a specific threshold for when it would close a school but that it would likely do so if absences reached 20%. The state has not provided specific guidance to schools on when they should shut their doors, he said.

Some teachers in the district said the positive case on the first day confirmed their fears about returning.

“I most definitely felt like we were not ready,” said Russell Wiley, a history teacher at nearby Greenfield-Central High School. “Really, our whole state’s not ready. We don’t have the virus under control. It’s just kind of like pretending like it’s not there.”

One father whose daughter goes to the middle school with the positive case said he felt conflicted about his three children attending classes in person. Few people in the community are wearing masks, said the father, who asked not to be named because he worried that his family would face backlash.

“I have all these concerns,” the father said. But he has to commute at least an hour to work every day, so remote learning was not a good option for his family.

A safe alternative to school?

Sat Aug 1 , 2020
“The 360” shows you diverse perspectives on the day’s top stories and debates. What’s happening The debate over whether to reopen schools in the fall centers around the choice between two bad options. Either children attend school in-person and risk catching the virus and infecting those around them or kids, […] 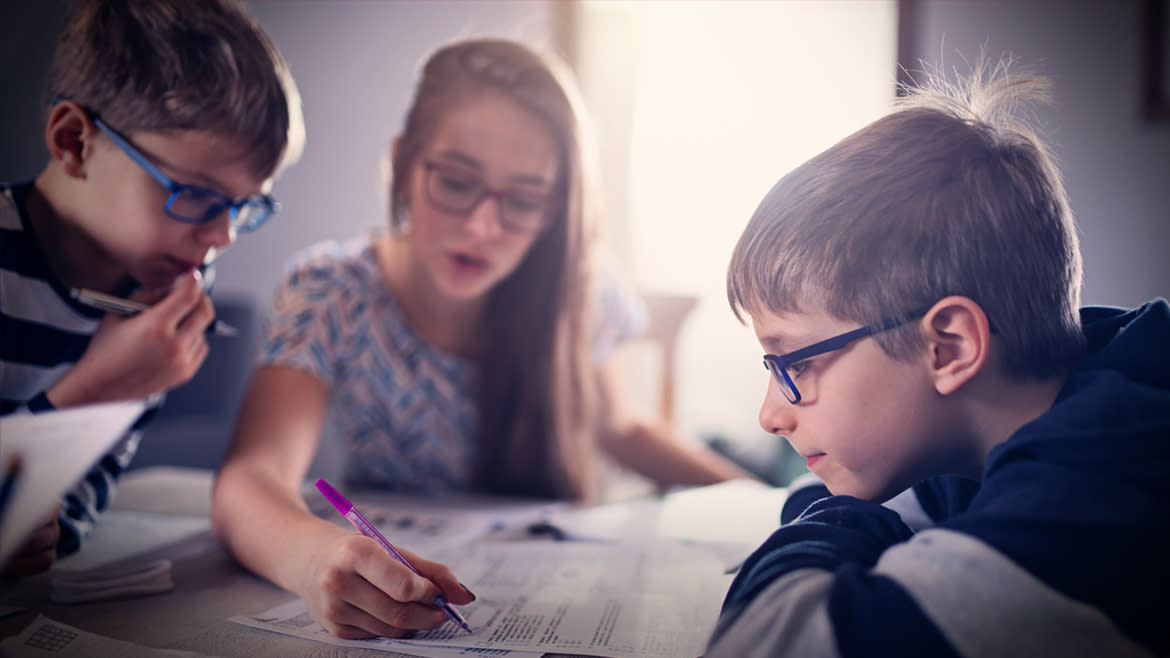