Darlene Bahena flounced around her dusty backyard in a sleeveless blue princess dress on a recent weekday morning, twirling among her three older sisters as she belted the “Frozen II” power ballad “Into the Unknown” into her new karaoke machine.

The dress and the toy were both presents for her fourth birthday — a milestone for any child, but a pivotal one for children like Darlene who are growing up in poverty.

For decades, experts have understood 4 as an academic fault line, the year that cleaves wealthy and even middle-class children from their poor and working-class peers. Yet amid the pandemic, public preschools such as Darlene’s have struggled to reopen, despite being classed as essential. When they do open — probably weeks or months after most private preschools — as many as two-thirds of classroom spots for 4-year-olds could be gone.

“Before the pandemic, Black and Latino children already had a lack of access to preschool, particularly high-quality preschool,” said Elisha Smith-Arrillaga, executive director of the Education Trust–West and an expert on California’s educational landscape. “The pandemic is exacerbating that inequity. We could create a huge chasm.”

Last year alone, the state and federal governments poured close to $4 billion into California’s public preschool programs, yet studies show tens of thousands of eligible children were still being left out. Among those, close to a third lived in L.A. County. More lived in Darlene’s ZIP Code — 90011 — than anywhere else in the state.

“That is a very high-need area — families who qualify for the program must be under the federal poverty line, and the federal income guidelines are a lot less than the state,” said Sonia Guerrero, who runs Head Start programs for the Mexican American Opportunity Foundation, a large local provider, or MAOF. “A good 75% are Spanish-speaking only, a lot of them are single parents. We have a lot of families who are getting depressed and stressed out.”

In March, the neighborhood, in Historic South-Central L.A., had about 20 programs with some 1,600 spots for early learners like Darlene: nearly 950 in Head Start, close to 140 in California State Preschool, and more than 500 in the Los Angeles Unified School District’s early education centers. Another 311 children attended LAUSD’s expanded transitional kindergarten programs specifically for low-income 4-year-olds.

It’s unclear when or how any of those children may be able to return. LAUSD has not yet released a timeline for any of its more than 26,000 state and district preschoolers or its roughly 20,000 transitional kindergartners to come back to school. Like Darlene, nearly all of them are already 4.

Federally funded Head Start programs could be more nimble — but there, too, challenges loom. MAOF, which runs the Lindsay Center Head Start where Darlene is registered, hopes to bring about 40% of students back to the classroom as early as September. The other 60% — nearly 350 children in her ZIP Code alone — will continue to meet with their teachers remotely for a minimum of 30 minutes twice or three times a week.

For Darlene, who will be among them, that means learning her ABC’s on an iPad she shares with her 5-year-old sister Leilani in a two-bedroom in-law unit where her mother Maria Reyes nurses a newborn and her father Moises Bahena sleeps after his graveyard shift at a local produce wholesaler.

“The teachers, they do their best, they’re very creative, they sing songs and read books — but a child’s attention span is just not sustained,” Guerrero said. “Children learn by play, by doing, by being engaged with the materials in the environment. In our homes we set them up to the best of our ability, but it’s not the same.”

Still, for Reyes, the decision to continue with remote instruction came as a relief. The stay-at-home mom learned she was pregnant at about the time the novel coronavirus hit California, and with the baby due this month, the prospect of four big sisters in four different classrooms had filled her with dread.

Other families have struggled more to adapt.

“It’s not the same, no matter if a parent is there trying to reteach what they hear the teachers are saying online — they need more than one hour,” said Carolina Garcia, who serves on MAOF’s Policy Committee with Reyes and whose son Alvero Molina Jr. attends preschool in Huntington Park. “I feel our children are getting cheated out of their education.”

“We’re going to have to come up with another word other than gap,” for the gulf of educational opportunity separating rich and poor children, said Deborah Bergeron, director of the national Office of Head Start. “The very kids who need a foundation the most are the ones who are going to be denied that foundation.”

Part of the reason is that public preschools have been refined over decades to maximize the number of children they can serve in the same space with the same materials — efficiency that could now shrink their capacity dramatically under new public health rules.

Take double sessions, also called part day programs — a staple of public preschool, virtually unheard of outside of it.

In private nursery schools, all children start in the morning and leave in the afternoon. By contrast, many public preschool programs run in shifts to increase the number of students they serve, with the morning shift starting as early as 7 a.m. and the swing shift beginning as late as 2 p.m. About a thousand children attend double shift programs in Historic South Central — more than half of all those in public preschool programs.

In the course of a typical day, a center licensed for 70 children could welcome as many as 140, all of them playing with the same toys and hugging the same teachers in shifts as little as half an hour apart.

“The level of cleaning required takes so long it may not be logistically possible,” said Carrie Gillispie, an Ed Trust senior analyst.

Space, too, is often far more constrained in public settings than in private ones. LAUSD and California State preschools sit on local elementary school campuses, and often share playgrounds and toilets with those schools’ transitional kindergarten programs. In the Bahena sisters’ neighborhood, scores of 4-year-olds use the same sinks, slides and sand toys throughout the day, and inspection reports show some LAUSD early education centers have more than 40 children and half a dozen staff together in one classroom.

“We have systems that were designed to serve larger groups of kids,” said Cristina Alvarado, executive director of Child Care Alliance of Los Angeles. “Nobody ever dreamed we would have to have 10 kids or less in a room. It goes against everything we engineered.”

As programs scramble to redesign their facilities, administrators must make agonizing decisions over who should return in a system that already left out tens of thousands of qualified children every year.

“It’s a really huge philosophical question,” said Keesha Woods, executive director of the Los Angeles County Office of Education’s Head Start and Early Learning Division. “Even if we open classrooms … anywhere from half to two-thirds of the children are left out.”

For now, the choice is left up to a points system of hardships and vulnerabilities scored from each new family’s intake questionnaire.

“If they’re a family with homelessness, foster care, domestic violence, they get more points,” Guerrero explained. “We redid our criteria selection system to give out more points to working families, and more points to 4-year-olds.”

Those who score high enough could soon be poring over “The Cat in the Hat,” Darlene’s favorite book. For the rest, the iPad will have to suffice.

“I know they’ll make the right decision with how many kids they have,” Reyes said. “I have no problem teaching my daughter, but I also want her to have that classroom experience.”

Summer school clubs are for letting off steam, not tightening the valve

Wed Aug 5 , 2020
Hattie Garlick weighs up the pros and cons of new summer schools – Andrew Crowley It’s 11.45 and the kids are sprawled like small sultans on our bed, half in, half out of pyjamas, gently drizzled in discarded snack wrappers and hypnotised by the moronic metre of kids’ TV jingles. […] 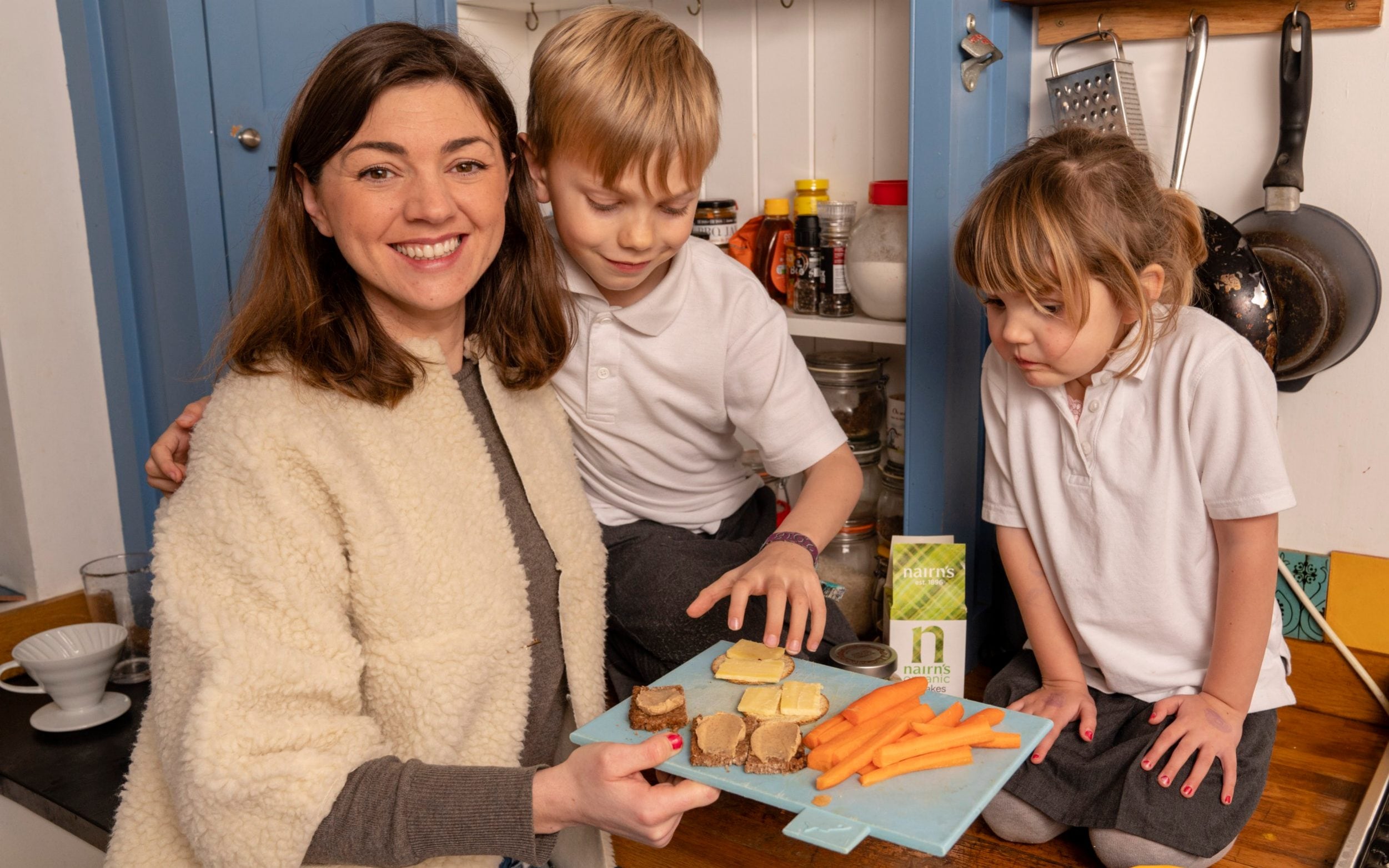