The outrage was instant and loud. And warranted.

No Latinx creatives appeared in any of the major categories when nominations for the 72nd Emmy Awards were announced earlier this week. How is that even possible, people raged, especially given “One Day at a Time’s” tongue-in-cheek laughs, “Vida’s” queer joy and “Los Espookys'” oddball humor?

The erasure of Latinos is not exactly news, though. Over the last five years, 82% of nominees in 19 Primetime Emmy categories were white. A mere 1% were Latino.

As the subsequent backlash to this year’s nominations reignites debate about Hollywood’s failure to represent Latinx characters on-screen, a movement toward inclusion behind the camera is taking place behind the scenes.

One morning in 2015, about 20 Latinas took up every single chair on Gloria Calderón Kellett’s patio — and she had made turkey burgers for everyone.

The Latina TV Writers Brunch Group began that very day at the “One Day at a Time” showrunner’s house, and today it includes about 155 members. Co-founder Judalina Neira is amazed that the group has multiplied fivefold.

“I think that’s such a testament to the explosion of growth and the representation that we’re gaining,” she said recently on a Zoom call. “It’s still not enough, but we’re gaining.”

Neira’s group, which she co-founded with fellow TV writer Diana Mendez, was inspired by Black Women Who Brunch and a similar group for Black men in the industry. In turn, La Lista, the Latina TV Writers Brunch Group’s online talent directory, inspired the Latinx Directors co-founders who recently launched their own database.

From La Lista to the Latinx Directors database to the inaugural Latinx TV List, the vastly underrepresented community is collaborating throughout Hollywood to bridge Latinx talent with executives and producers — and to foster solidarity among one another.

La Lista answers the question “Where are the Latino/a writers?,” which the duo often hears floating around the industry. The list began as an internal resource to keep the group organized, but soon enough others began to ask for it.

Although the list has led to getting Latina writers in the room where it happens,//this is a “Hamilton” reference in front of showrunners, the women still see a trend: Black and brown writers are asked to repeat the same level over and over. That is, they’re barred from climbing the ladder toward becoming showrunners.

At the same time, just 4.7% of screenwriters are Latinx, even though Latinos make up 18.3% of the U.S. population. A solution to that disparity lies in who’s hiring.

“We feel that putting writers of color in positions of authority, and in hiring positions specifically, leads to more people of color being hired regardless of their ethnicity,” Neira said. “When I staff my room, whatever show I have in the future, I will absolutely make sure that there’s a wide spread of representation.”

Neira works as a co-executive producer on the upcoming Netflix show “Girls on the Bus.” Mendez is a co-producer on “The Rookie.” Neither one is interested in perpetuating Latinx stereotypes on-screen. According to a USC Annenberg report, 24% of all Latino characters in the top films of 2017-2018 were depicted as lawbreakers across a range of violent and non-violent crimes.

“The whole reason why I wanted to become a writer was because I was sick of seeing the same cholos, vatos, the maid, and that’s it, as far as Latino characters, Latinos being the criminals,” Mendez said. “There is a very strong activist blood running through the veins of all of our members.”

After the police killing of George Floyd in Minneapolis on May 25, empathy permeated the group. A sense of solidarity exists among them, they said, and the need to uplift all people of color is “built into [their] DNA.”

Belli was selected for the Sony Pictures Television Diverse Directors Program. He’s from Mexico, based in L.A. and comes from a computer-science engineering background — all traits that appear in bright blue when you search his name on the Latinx Directors site.

The database itself comprises an accordion of nine filters, from “cultural identity/heritage” to “self identification,” including gender and sexual identity. Those categories brim with intention: The team scratched “nationality” in favor of chosen cultural identity, and chose “self-identification” to allow directors to showcase their perspectives.

“No more stories about us, without us,” they say. And with good reason: Between 2007 and 2018, only 4% of top films were directed by Latinos. Just one of those directors was Latina.

But co-founder and “Arrow” director Joel Novoa pointed out that, because the L.A. Latinx community spans so many cultural identities, those differences can cause friction at times.

But those facets are beginning to draw together. When writer and producer Carolina Paiz, the wife of third Latinx Directors co-founder Diego Velasco, showed him La Lista’s website (she’s a member), the “Orange Is the New Black” TV director was inspired. He took the idea for a related database to Belli and Novoa in April 2019, and Latinx Directors was born.

“Just open the door,” Velasco said. “I’m not asking for anything extra. Just give us a shot and I promise you will not — you won’t realize the spice you didn’t have in your life until you work with us. And let us bring our spice to the work that we’ve done.”

One way to crack that door ajar is through amplification — and tantalizing deals. Hulu, the Black List and an array of partner organizations did just that with the inaugural Latinx TV List, which was announced at the end of June.

Writer and producer Paloma Martinez frantically revised her TV script, checking it for grammar in the passenger’s seat as her mom drove them home from Northern California. Three months after submitting it (and two other pilots), her family gathered around at lunch to hear her announced as a winner.

Martinez’s script, “El Borde,” or “The Edge,” — a story about the environment, mutation and cultural fusion — was one of 10 selected. Beatrice Springborn, Hulu’s vice president of content, reached out to propose that the streaming giant meet with all 10 writers — and offer a script deal to two of them.

“The first word that comes to mind is recognition,” Martinez said. “We’ve been there: We’ve been writing, we’ve been hustling, we’ve been working our way up in the ranks, from assistants up to executives. … Especially being a woman of color, being BIPOC, LGBTQIA, is like when if you’re not what the industry is used to, they tend to want someone to vet you.”

And vet the scripts they did. Latinx writers submitted scripts through the Black List, a screenplay-rating platform, which read them for quality then passed on a select group to the Latin Tracking Board, the National Assn. of Latino Independent Producers (NALIP), Remezcla and the Untitled Latinx Project (ULP) to evaluate.

“Boom,” said Black List founder Franklin Leonard. “Here’s a bunch of great scripts. Not only can the Black List validate their quality, but these other organizations in the Latinx community can vouch for their excitement about this version of representation in the community.”

Among those organizations, the ULP, an offshoot of the Latina TV Writers Brunch Group, reached out to champion latinidad in the industry. Just as the Black List released the first Latinx List for feature screenplays last summer, the ULP hopped on board to partner for the subsequent Latinx TV List.

“If you really read the scripts on this list, they’re not falling into these stereotypes,” she said recently over FaceTime from a cabin in Big Sur. “Nobody’s in the cartel, nobody’s doing a drug run, nobody’s crossing the border. It’s all just slice of life stuff, that’s [what] we want to be in those stories that are populating network shows right now.”

Those winning scripts were announced at this year’s NALIP Media Summit. Spearheaded by NALIP President Ben Lopez, the association joined the other judges to score scripts.

“Think of it as like the perfect alliance, United Nations, almost like the Avengers coming together for a very specific subject,” he said. “And here we are; it was successful.”

It was successful, perhaps, because it was deeply intentional. Each of these organizations and groups places intersectionality front and center: NALIP made sure that queer readers read stories about LGBTQ identities, for instance.

And each piece of the Latinx TV and film community centers the Black entertainment community first. Members of the Latina TV Writers Brunch Group look up to Black writers as an example and protested on their behalf in the recent demonstrations. The first category under the Latinx Directors’ “Cultural Identity/Heritage” filter is Afro-Latinx (the second is Indigenous-Latinx). NALIP has been pushing to increase access for Black and Afro-Latinx communities.

“Many folks from our community identify [as] Black first, rather than Latino, or they identify as both,” Lopez said. “And that’s important: to listen to that community, our community.”

The Latinx community in Hollywood is multifaceted, but it shares a common goal: to uplift creatives of color.

“Fundamentally, the goal of the film industry is to make film and television about everybody,” the Black List’s Leonard said. “And if you’re not doing that, you’re failing. So this industry has been failing for as long as it’s existed. And it’s long overdue for us to stop failing on this front.”

Incumbent faces challenger in only contested board race

Fri Jul 31 , 2020
Two candidates are running in the only contested election for the Seminole County School Board. The winner will represent district 3 — a southwestern chunk of the county — but will be elected countywide when voters go to the polls Aug. 18. Abby Sanchez, who is completing her first term […] 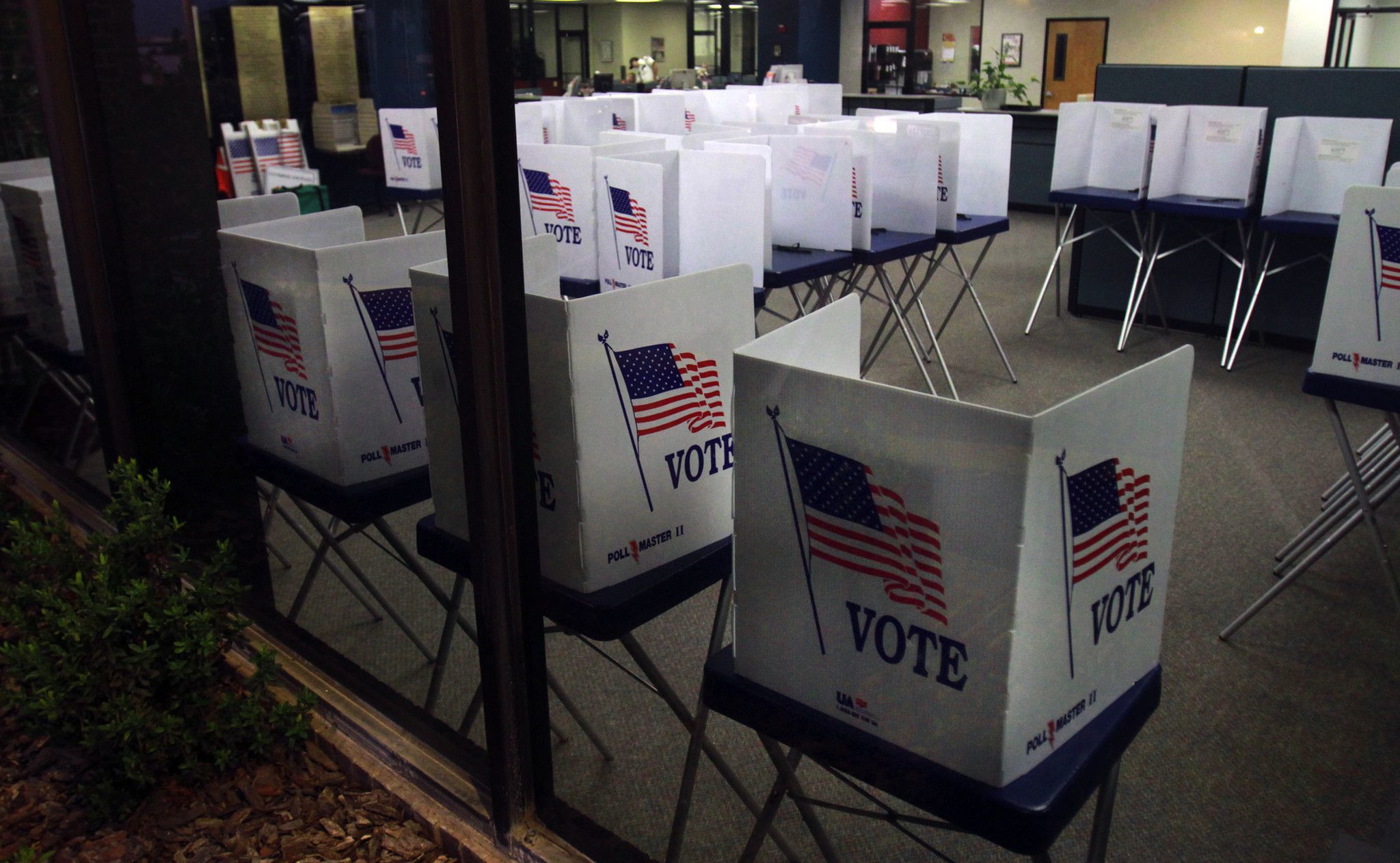