And now, time for “It’s Not a Stimulus Scam, the Sequel.”

First, consumers had to be assured in June that the navy blue, Visa debit cards that just showed up in the mail beginning in late May really did contain stimulus money. The unexpected plastic card wasn’t a scam or a special promotion, as some thought.

Now, letters from the U.S. Department of the Treasury are being sent in July to alert consumers about unused prepaid cards and how to activate the cards in order to spend your Economic Impact Payment, if you have one sitting in a drawer somewhere.

The letter also will show you how to get a replacement card, if you’ve lost the card or thrown it away. And this letter isn’t a scam either.

The good news: The latest envelopes containing these letters will state in red: “Not a bill or an advertisement. Important information about your Economic Impact Payment.”

Want a cheap mortgage?: Move to these cities

A plea from retailers: Governors urged to require everyone to wear a mask

A relatively small group – nearly 4 million people – are going to receive their Economic Impact Payments via prepaid debit cards, according to the Internal Revenue Service. That prepaid card is being sent to some consumers instead of a paper check.

The prepaid cards could come in handy, too, should Congress approve the rollout of a more limited round of stimulus payments to be issued later this summer or fall. So experts say you might not want to throw away the blue Visa card even if you’ve already spent the money on it. It’s possible the government could use those cards to issue another round of stimulus cash for some.

If someone sends you an email out of the blue, though, or calls offering to help you get your stimulus money, ignore such attempts, which are scams.

How to skip fees on stimulus Visa cards

The prepaid cards have created a brand-new level of confusion in a fairly confusing rollout for stimulus cash.

Lauren Saunders, associate director of the National Consumer Law Center, said consumers who receive these cards, and possibly the follow-up letters now, should take time to understand how to avoid any extra fees, including taking the necessary steps to transfer money from the card to your bank account, using network ATMs and asking for cash back when buying items at a supermarket or other retailer.

“It’s actually a very low-fee card. The trick is just making sure that people know how to use it,” Saunders said.

The prepaid cards are likely better than a paper check for people who do not have access to a traditional bank account and would likely face significant check-cashing fees.

And if there is another round of stimulus payments, which may target people of modest means, the federal government could get that money quickly to people. A second round of stimulus money, again if approved by Congress, could be deposited onto those cards fairly easily.

Another tip: “Keep the card even after it is empty. You may be able to use it to quickly receive additional payments if Congress passes another stimulus bill,” according to the National Consumer Law Center.

But again, you want to plan out how you access the cash on the card to avoid possible fees.

If you’ve thrown away that card, you can call 800-240-8100 for a replacement. The number will not help you track down lost stimulus money that was sent by check; it’s only good for the prepaid debit cards.

Why you don’t want to just go to any ATM

To save money, you’d want to use an in-network AllPoint brand ATM in order to avoid a $2 charge each time you make a string of cash withdrawals. A variety of big brand-name retailers, including Target, Walgreens, CVS and Rite Aid, across the country have the AllPoint brand ATMs in many stores.

The Money Network, which issued the stimulus payment debit card, said it will waive this $2 fee one time only on the first withdrawal at ATMs outside of the network.

In metro Detroit, some AllPoint ATMs are located in some CVS stores, Rite Aid stores, Speedway gas stations, Cash Connection 43 outlets, Walmart, Walgreens and other locations. Check EIPCard.com/locator as a way to search locations in your zip code.

If you use the prepaid stimulus card at an ATM that is not part of the network, you’d pay a $2 fee plus any fees charged by the ATM operator.

Another big fee to avoid: A possible $5 fee each time you make repeated cash withdrawals from the Economic Impact Payment debit card at a bank teller window.

Saunders noted that you can withdraw up to $2,500 the first time for free if you go to a bank that has the Visa logo, which is virtually any bank.

But subsequent teller withdrawals cost $5 each plus any possible fees charged by the bank where you’re handling the transaction.

More: July 15 tax return deadline is right around the corner: What to know

More: What should you do if you lost or threw away your stimulus?

The National Consumer Law Center has created an online guide on how to avoid fees, which could add up if you’re not careful about how you’re withdrawing money.

One such tip: “Call 800-240-8100 to request a free Money Network Check, which you can make out to anyone (i.e., a landlord, yourself). But you’ll have to wait for it in the mail, and you must log into your account to get a number to activate the check, so the other options may be easier.”

Why you should avoid verification scams

Maybe you’d receive a phone call, a text or someone tries to contact you via social media saying that your stimulus payment has been held up because you need to “verify your personal and/or banking information.”

“These scams will likely claim that the information is needed to speed up receiving your payment, but official government agencies will never ask for your confidential information this way,” according to an alert from the U.S. PIRG Education Fund.

How to spot bogus stimulus checks

Some scammers may try to mail the taxpayer a bogus check, according to an IRS alert, perhaps in an odd amount, then tell the taxpayer to call a number or verify information online in order to cash it.

A Louisiana-based company called Traffic Jam Events, according to regulators, sent so-called stimulus-relief mail to consumers that tried to drive consumers to a used car sale in Florida.

The mail was marked: “Important COVID-19 stimulus documents” and directed people to “relief headquarters” to “claim these stimulus incentives,” the Federal Trade Commission alleged in a lawsuit against the company.

Checks marked “Stimulus Relief Program” were included in the mailings to consumers in the amount of $3,344.68. The memo line read: “COVID-19 Auto Relief.” Unfortunately, there’s no such thing.

A company representative from Traffic Jam Events who took a call from the Detroit Free Press on Monday about the FTC action abruptly said the case was denied and dismissed last Friday but then hung up the phone and did not give his name or take other questions.

But the case is pending in federal court in the Eastern District of Louisiana. It is not dismissed but the court denied the FTC’s motion for preliminary relief – specifically, a temporary restraining order – on June 26, according to Nicole Drayton, a spokeswoman for the FTC.

Why stimulus scammers are still on the prowl

The IRS warns that some scammers might suggest that they can help you get a tax refund or Economic Impact Payment faster by working on your behalf.

Typically, this scam is conducted via social media or going door to door. But many times, scammers may want to steal your personal information as they pretend to track down your stimulus money.

Talk of a second round of stimulus cash is bound to trigger more scammers, too.

Con artists might play up on the latest buzz – maybe even pretend to be from the IRS – and contact you via social media or phone to “help” sign you up for another stimulus check. Hang up, don’t respond, don’t fall for it.

If more stimulus money ends up being on the way, you won’t be getting an email or text containing any instructions on what to do.

This article originally appeared on Detroit Free Press: As talk builds for second stimulus, questions remain about first round

Sat Jul 11 , 2020
San Francisco (AFP) – Amazon on Friday said it mistakenly sent workers an email telling them to dump the TikTok mobile application from their cell phones because of security concerns. The internal message told workers they could still access the popular video-snippet sharing platform using laptop web browsers, but would […] 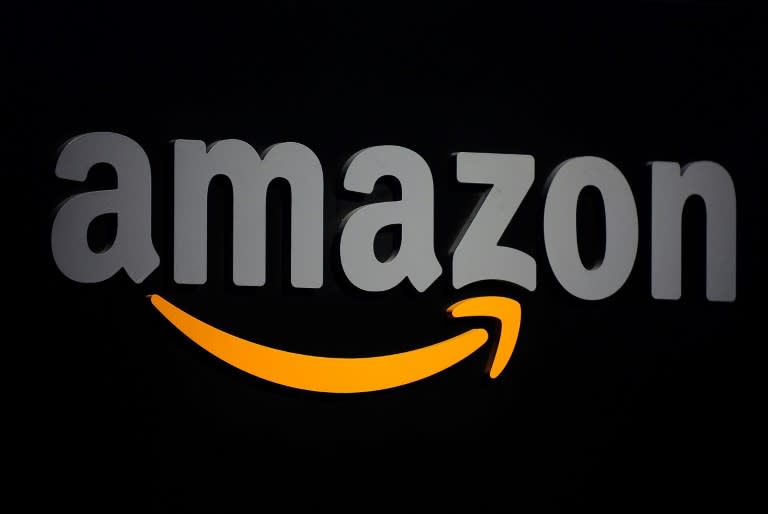