To find the exact location of the leak in Zvezda so it can be repaired, Cassidy and his crewmates will have to spend some time floating around the module with a handheld device called an ultrasonic leak detector, which spots frequencies that are emitted by airflow as it rushes out small holes and cracks. Noise on the station can make it more difficult to detect these frequencies, and the crew may have to run through areas a few times to actually find the source. One company wants to improve on this strategy by deploying an automated robot that can “listen” for leaks and identify them in real time, without the need of a human hand. Once they have found the source of the leak, they will patch it up with a kit using epoxy resin.

Leaks can also occur in other ways besides a loss of oxygen. The ISS has previously dealt with ammonia leaks coming from the station’s cooling loops. Since ammonia is toxic to humans, such leaks require immediate action, involving lengthy spacewalks to identify holes in the coolant system and repair them.

The ongoing issue goes to show that even a spacecraft as well designed and protected as the ISS is not invulnerable. And as we see more countries and companies send humans on crewed missions into orbit, such leaks will be a much more common occurrence. Not every spacecraft will be as resistant to the problems as the ISS.

There are a couple of major culprits for how a leak forms on a spacecraft. The most high-profile ISS leak in recent memory was found in August 2018—a 2-millimeter hole on a Russian Soyuz spacecraft docked to the station at the time. That hole appears to have been the result of a drilling error made during manufacturing (although Russia’s space agency has been cagey about exactly what caused it). The mystery of that leak was great fodder for conspiracy theorists, but the fact that the hole was accidentally made by a drill was lucky. A hole like that is clean and precise, and not very susceptible to cracks or expansion.

But when the ISS springs a leak without a clear cause, the major suspect is a haphazard collision with a micrometeoroid or small piece of debris (some just millimeters or less in size). Objects in Earth’s orbit zip around at extremely high speeds. The International Space Station, for example, has an average speed of 7.66 kilometers per second, or over 17,000 mph. Some micrometeoroids in space whiz through at over 20,000 mph. At those ultra-high speeds, even tiny objects that are smaller than a centimeter can absolutely shred larger objects, like a bullet from a gun. That sort of messy destruction can leave behind cracks or structural damage that propagates through the rest of the spacecraft hull or pierce through the ammonia coolant system.

Pressurized spacecraft, usually designed for human habitation, are more vulnerable to these problems, since the internal pressure is putting added stress on the spacecraft hull. “Cracks are more vulnerable to added stressors,” says Igor Telichev, an engineer at the University of Manitoba in Canada and an expert in spacecraft collisions with debris. “A hole, even a large one, is of course bad, but a crack could start propagating throughout the structure and threaten its entire integrity.”

Engineers try to design spacecraft with shields that can withstand certain collisions from micrometeoroids and small bits of space debris. For the ISS, they used something called a Whipple shield (named after its inventor, the late Harvard astronomer Fred Whipple). It’s a thin outer bumper that’s spaced some distances away from the main wall of the spacecraft. The bumper doesn’t outright stop incoming micrometeoroids or other small debris, but instead breaks these pieces up into a cloud of small particles that fan out over a large area and pose less of a risk. For the wall, it’s the difference between facing a single large bullet and a smattering of birdshot.

There are a number of different variants on the Whipple shield—some, for example, are augmented with Kevlar or ceramic filling between layers. The ISS itself has over 100 different Whipple shield configurations, as some areas are more vulnerable to micrometeoroid collisions than others.

But as evidenced by the station’s history with micrometeoroid impacts, Whipple shields aren’t foolproof. Future crew vehicles and space stations that will be made for much less than the ISS will likely be more vulnerable to leaks caused by collisions with small debris and particles.

When it was first being built 20 years ago, few experts anticipated how many more objects would be coursing through Earth’s orbit. The problem is poised to only get worse as the space industry expands and humans launch more spacecraft than ever into orbit. We can build shielding that accounts for a changing environment, but not even the best models for future debris accumulation can predict everything.

In February 2009, the Iridium 33 and Kosmos-2251 satellites collided, creating a huge swath of debris that began circulating through Earth’s orbit. The largest pieces were identified and tracked, but debris that was less than 10 centimeters in length—pieces that still pose a threat to spacecraft hull—was allowed to zip through space undetected. The accident illustrated that unanticipated events could greatly exacerbate the problem of protecting spacecraft. “Any big accident could drastically change the situation and increase the risks for any number of other spacecraft in orbit,” says Telichev. “What we develop today might not be good enough by tomorrow.”

Shielding can help prevent leaks from coming up, but “this problem is unavoidable,” says Telichev. That means it will be even more critical to be able to isolate and repair leaks as they come up.

For Telichev and others, the solution really comes down to a better management of space itself, and reducing the accumulation of debris large and small. “If the world’s government don’t pay attention to the problem now,” he says, “it’s not going to go away on its own.”

Cassidy and his crewmates were still looking for the leak as of Wednesday morning. A Northrop Grumman Cygnus resupply mission is scheduled to launch Thursday night, followed by a SpaceX Crew Dragon mission on October 14 to bring another two cosmonauts and one astronaut to the ISS. Between unpacking the new supplies and scientific experiments, and welcoming the new crew, there won’t be a whole lot of time to find the leak over the next few weeks, so the pressure is, figuratively, on.

Fri Oct 2 , 2020
Newcastle University is being held to ransom by cyber criminals in an attack which has been disrupting IT systems since the beginning of the month. The cyber crime group behind the attack – known as DoppelPaymer – previously leaked documents online relating to Elon Musk’s companies SpaceX and Tesla. The […] 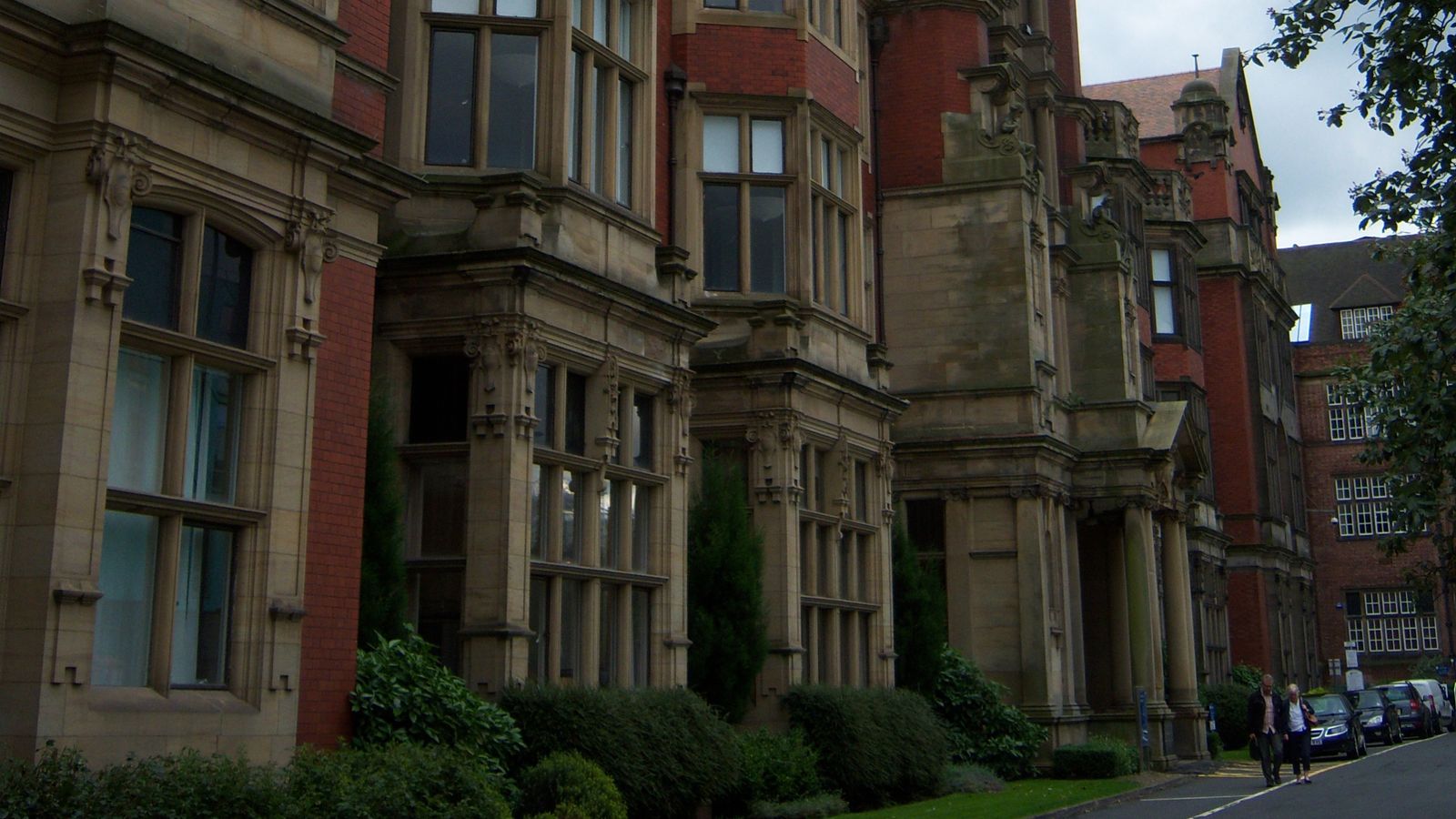