Recommendations approved by the Orange County Board of Education to welcome students back to campuses without increased social distancing in classrooms or the mandatory use of masks were met with a fierce backlash from educators and parents Tuesday, highlighting the larger divide in the county over the use of face coverings and other coronavirus protections.

How to reopen schools has become a major political battle, with President Trump pushing educators to get kids back into the classroom despite a surge of new COVID-19 cases and concerns that in-person instruction is simply not safe. Los Angeles, San Diego and a growing number of other communities in California are putting off reopening plans, citing the coronavirus spike and a lack of testing and contract tracing.

The debate in Orange County has been different.

A majority of the conservative-leaning board said Monday they believe students would be best served returning to school in the fall, in part because they contend data has shown school-age students are not at great risk of contracting COVID-19.

Their guidelines — which call for daily temperature checks, frequent hand washing and use of hand sanitizer, in addition to the nightly disinfection of classrooms, offices and transportation vehicles, among other measures — oppose guidelines recently issued by the Orange County Department of Education.

Some school officials are already saying they don’t intend to go along.

“It is, frankly, politically driven,” Ocean View School District Board President Gina Clayton-Tarvin said of the board’s action. “It’s reckless and it’s causing undue fear among teachers, students and parents alike, for no other reason than to wind people up.”

Seven members of Congress, including Rep. Harley Rouda (D-Laguna Beach) and Rep. Katie Porter (D-Irvine), penned a letter to the board Tuesday in response to their recommendations, saying they were “deeply concerned” by the officials’ decision not to address the health threats that COVID-19 poses to the community.

“Last night’s board meeting highlighted the worries held by parents about their children’s sense of normalcy and emotional health,” they wrote. “Just as valid are the concerns for children’s, teachers’ and staff’s physical health.”

The debate over school reopenings marks the latest fight in a series of battles that have raged in the county over how much the coronavirus pandemic should shape public policy. In recent months, Orange County has emerged as a hotbed of opposition to mandatory mask rules in public places.

The county Board of Education’s recommendations, outlined in a white paper, attempted to cast doubt on the necessity of wearing masks and social distancing among students. Health experts widely say masks are critical to slowing the spread of the virus.

Some residents, however, applauded the board’s action and urged other elected officials to take a similar stance. On Tuesday, more than 80 speakers packed the county Board of Supervisors meeting to rail against the use of masks and what they believe are unfair and increasingly restrictive government mandates handed down by Sacramento.

“We here in Orange County are the heart of the resistance. We need to stand up. We need to show these people that we are not afraid,” Andi Goud said.

Others say they often will choose to wear masks and adhere to other government regulations, but want Orange County residents to be able to decide for themselves what is best.

“Why do people try to impose their beliefs or their advice on us? We know what we need health-wise and if we want to wear something or not wear something, that’s our business,” said Larry Castillo.

The idea of local choice was also present in the emerging debate over education as districts across the county begin cementing their plans for how and when to resume in-person classes.

Clayton-Tarvin said her school district, which serves a portion of Huntington Beach, is not interested in adopting the recommendations of the County Board of Education, which officials have noted has no authority over local districts.

Instead, district officials plan to reopen an online academy for families who wish to commit to a year of distance learning. Others will be brought into smaller classes, with guidelines in place, where they will learn in distanced plexiglass safety corrals, Clayton-Tarvin said.

Leaders at Santa Ana Unified School District said Tuesday that that they have decided to pivot entirely to a virtual education model in the fall as the number of COVID-19 cases across the region continues to climb.

“During these challenging times, the safety of our school community continues to be our top priority. While we hope at some point to have our students attend our schools alongside their classmates and teachers, now is not the time,” said Supt. Jerry Almendarez. “Meanwhile, we are working to develop a rigorous distance learning plan that will allow students to continue their education at home.”

Newport-Mesa Unified School District officials were expected to vote Tuesday night about how to tackle educating students starting next month. Officials are presenting plans for elementary students to return to campuses full-time with certain social distancing measures in place or attend a virtual academy, said Board President Martha Fluor.

“For us, we take the health and safety of our students and staff very seriously,” she said.

Dan Cooper, a professor of pediatrics and UC Irvine’s associate vice chancellor for clinical and translational science, said the idea of students returning to schools where their environment can be strictly controlled is not necessarily a bad one, as long as certain safety measures are in place.

He points to the examples of businesses going underground during the state lockdown, when barbers and hair stylists would go to people’s homes or open up their own homes to take in customers. If schools were to stay closed, many parents forced to work may turn to private childcare for their kids — and such places may be unregulated or not following safety guidelines, he said.

“My question is: Wouldn’t you rather have the kids go to school where the child has the chance to learn about regular social distancing, pick up healthy habits and be in a situation where there are stringent rules about how to stay safe?” he said. “You can regularly emphasize hand washing and sanitary standards. You make games out of it. You wear masks, you put superheroes on it.”

With many schools set to resume in August, the uncertainty of whether students will return to classrooms has put some parents on edge.

“What we know about online schooling is that it is ineffective,” a speaker named Leigh said during Monday’s board meeting. Board policy does not allow broadcasting of last names. She and others said they worry about disadvantages plaguing children stuck at home, especially among low-income families who may not have access to educational materials online.

Others who tuned in to the virtual county board meeting questioned whether the elected officials would send their own children back into classrooms without rules governing face coverings and social distancing.

“Yes, the statistics show that children are hardly affected now — but how do we know that won’t change? Nothing is for sure anymore,” said Tracy Lewis of Anaheim.

“When was the last time all of the people who said they welcome kids learning the normal way actually stepped foot on a campus at an assembly with hundreds of screaming kids? When one kid in your room comes down with the flu, other kids right away come down with the flu. And this disease is even worse.”

Wed Jul 15 , 2020
The Folsom Cordova Unified School District will begin the 202-21 school year with a distance learning-only plan. The decision, which came during a special board meeting Tuesday night, caught dozens of parents who tuned in online by surprise. The school board voted 4-1 to have all 20,000 students in the […] 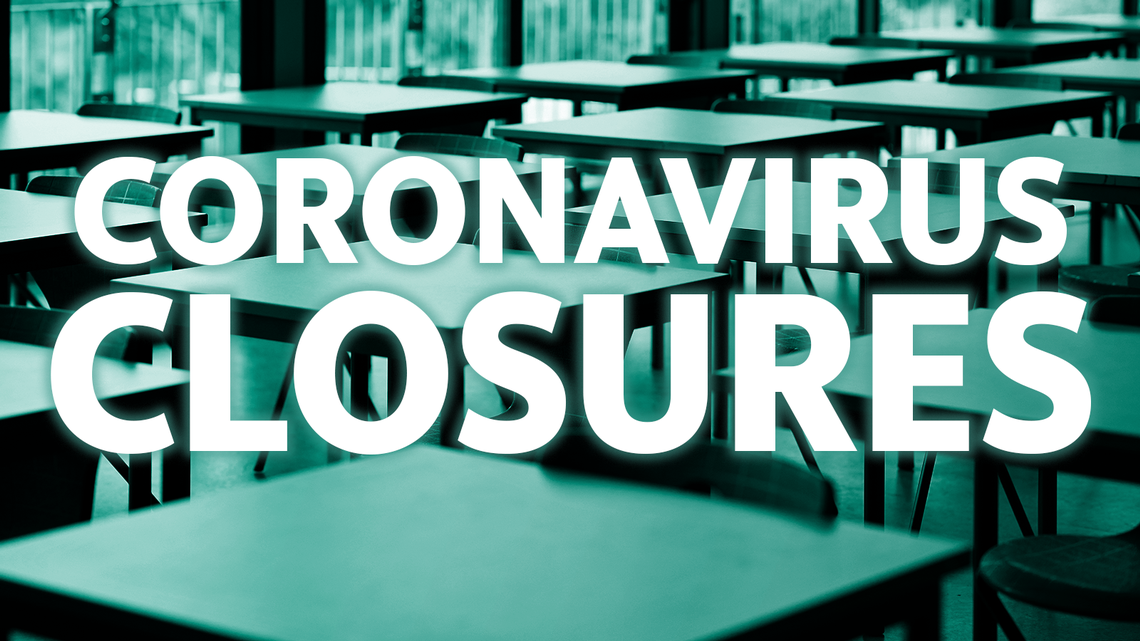