Barbie has released a new 2020 “Campaign Team” set, which features a black doll as a presidential candidate.

While the current US presidential nominees are both white men, toy company Mattel is hoping to nurture the dreams of young girls that they could one day become the first female president.

The new launch features four dolls who each have roles within the campaign and election process, including a black presidential candidate dressed in a pink blazer who comes holding a microphone.

The other dolls are also all women, including a campaign manager, a fundraiser, and a voter.

Mattel said the set aims to “expose girls to public leadership roles and pique their interest in shaping the future”.

“Since 1959, Barbie has championed girls and encouraged them to be leaders whether in the classroom, community or someday, of the country,” said Lisa McKnight, senior vice president and global head of Barbie and Dolls at Mattel.

”With less than a third of elected leaders in the US being women, and black women being even less represented in these positions, we designed the Barbie Campaign Team with a diverse set of dolls to show all girls they can raise their voices.”

She continued: “Our goal is to remove barriers to leadership by giving girls the tools to imagine and play out their future roles.”

The ”Campaign Team“ set is named Barbie’s Career of the Year for 2020 on its website and marks the seventh time Barbie has run for political office since 1992.

The set costs $39.99 and is available from major US online retailers, including Amazon.

Additional educational resources for children that can accompany the set are also available to purchase, such as play ballots and prompts for girls to pen campaign speeches for themselves.

For the launch, Mattel teamed up with She Should Run, a non-partisan non-profit that provides guidance and support to women considering a run for office.

She Should Run, a “longtime partner” of the brand and beneficiary of funds from the Barbie Dream Gap Project, has dedicated some of its resources to the “Help Her Lead” course, which aims to support young girls, especially girls of colour, in their journey to becoming political leaders.

“Understanding the role we play in empowering our daughters is the first step. We have to have healthy conversations at home and encourage curiosity,” said Erin Loos Cutraro, founder and CEO of She Should Run.

“By getting them excited today, we’re giving them the confidence to raise their voices and run for office tomorrow.”

The new dolls are the latest attempt by Barbie to make its dolls more diverse.

Earlier this year, the company launched a new line of dolls designed to “represent inclusivity”, including a Barbie with no hair and the skin condition vitiligo.

The brand has also expanded its offering to include dolls with permanent disabilities, such as one with a gold prosthetic limb.

What is ‘Challenge Accepted’ on Instagram and how do I take part?

Wed Jul 29 , 2020
From ELLE Updated 29/07/20: Ryan Reynolds has semi-congratulated his ‘frenemy’ Hugh Jackman following his 2020 Emmy award nomination. On Tuesday July 28, the Greatest Showman actor received a nomination for his role in HBO’s Bad Education and Reynolds celebrated his pal’s industry recognition by sending him a video. ‘Buddy! Congratulations,’ […] 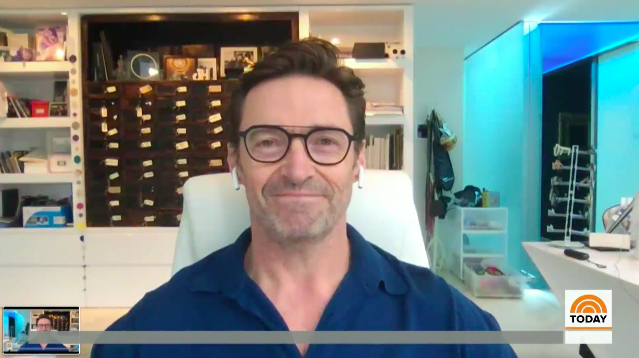