The call was supposed to be from her father. But when a Chinese activist who fled her country turned on the video chat she was confronted by a police officer.

For 90 minutes, the uniformed officer – who had hauled her father into the station and used his phone to ring – berated her for mocking Chinese Communist Party leader Xi Jinping on Twitter, demanded she delete the account, and goaded her to give up the password.

At one point, he leaned in: “I’m telling you the truth. Even though you are over there [in Australia], you are still subject to the laws of China, and under our jurisdiction.”

“They said I’m a ‘foreign hostile force,’ and that I should go back to China and turn myself in,” she told The Sunday Telegraph.

While the dissident living in Australia who uses the pseudonym Horror Zoo hadn’t revealed her real identity online, Chinese authorities managed to trace her social media activity to figure out who her parents were.

Police have been harassing them weekly since April in an attempt to get her to stop criticising Mr Xi online – comments that would get someone in trouble in China, and be quickly censored.

Through her parents, officers have called her twice, recordings of which she shared with the Telegraph.

The remarkable incident demonstrates the increasingly long arm of the Chinese state, and the lengths Beijing is willing to go to snuff out dissent and control the narrative at a time hawkish sentiments against Beijing are building.

As diplomatic spats pile up between China and Western nations – including the UK, US, Australia, Canada, India and more – Beijing has taken a more aggressive approach.

Washington and Beijing have clashed the most, with a trade spat expanding to encompass tensions over the coronavirus pandemic, erosion of civil liberties in Hong Kong, territorial disputes in the South China Sea, and human rights violations in Xinjiang.

The Chinese “haven’t experienced pressure this intense from foreign governments for several years, if not decades,” said Kitty Smyth, founder of Jingpinou, a UK consultancy specialising in China.

Efforts to reshape China’s image – even if it means pushing blatant disinformation – come every day via state media propaganda and comments from the country’s foreign ministry.

In March, a foreign ministry spokesman promoted a conspiracy theory that the US military was to blame for bringing the coronavirus to Wuhan, where the pandemic emerged.

The Chinese embassy in London frequently denounces news and commentary it does not like in British media outlets, including the Telegraph, saying such coverage is “wrong” and introducing counter-arguments, such as a sanitised timeline of the coronavirus pandemic, glossing over the government’s early missteps.

Over the last week, as the US placed sanctions against Chinese officials over a range of human rights violations including the internment of millions of Muslims, and the UK moved to ban Huawei, Beijing’s tone became increasingly shrill.

“The US is actually the world’s biggest human rights violator,” said Hua Chunying, a foreign ministry spokesperson on Thursday. “The allegation of human rights in China is the biggest lie of this century.”

On Twitter, she posted: “It’s absurd and evil for LYING #Pompeo (proud of lying, cheating and stealing) to talk about credibility.”

It’s absurd and evil for LYING #Pompeo (proud of lying, cheating and stealing) to talk about credibility. The #CPC enjoys the highest rate of support and satisfaction among the Chinese people, as over 90% according to international surveys and the latest by Harvard University.

China has also mocked the UK as a pawn in the broader US-China spat. “Will the UK maintain its independence or become a cat’s paw for the US?” posted Ms Hua.

Will the #UK maintain its independence or become a cat’s paw for the #US? It is the responsibility of the British government to make a decision that best serves its people’s interests.

“The Chinese have never lost control in public like that before,” said Ms Smyth, who described Beijing’s usual approach as very focused, coordinated and rational.

Indeed, Chinese leader Xi Jinping seemed rather stately at first when the more bombastic President Donald Trump entered the White House in 2017. But that’s changed quickly, with Chinese diplomats going so far as to use erratically capitalised words in Chinese diplomats’ posts on Twitter – much like Trump’s own posts.

“Such a low lie and clumsy frame-up! What a pity that Cheating, Lying, Scapegoating, and Sanction have now become the name cards of Washington,” posted Ms Hua this week.

“It’s almost like they’re mimicking Trump and his public overreactions,” said Ms Smyth. “It’s not a sign of strength; it’s a show of weakness, because a strong person, a strong country can maintain their dignity in public, and the Chinese are in danger of losing their dignity.”

In some ways, “Trump goaded China over Twitter and in public statements into losing control, into overreacting, name-calling and vitriol,” she said.

Such behaviour is part of a new “wolf warrior” mantle – referring to a series of successful patriotic action films where the hero defends Chinese interests at home and abroad. One film tagline is: “Even though a thousand miles away, anyone who affronts China will pay.”

Regardless of whether Beijing is puffing its chest from a position of strength or weakness – the more pressing concern is that this new assertive style appears here to stay.

“Beijing has not confined itself to bold rhetoric. Over the past few months, it has upped the ante in nearly all of its many territorial disputes and even provoked new ones, in another departure from past practice,” wrote Kurt Campbell, a former US State Department official, and Mira Rapp-Hooper, a senior fellow at the Council on Foreign Relations, in the magazine, Foreign Affairs.

Those confrontations have spanned the waters of South China Sea to the high-altitude lands near the border of India and “amount to a highly unusual full-court press.”

It’s a swagger Beijing seems ready to deploy against nations, as well as its own people – especially those they see as causing trouble for the state abroad.

Some experts say this approach is backfiring, instead alienating potential allies and seeding more anti-China sentiments, one person at a time.

“I feel a little frightened and I feel very anxious about my future, because I can’t go back [to China,” said Horror Zoo, who fears being imprisoned, and is hoping to stay permanently in Australia.

She’s cut communications with her family in hopes the police stop harassing them. But even still, “I will never stop speaking out.”

Sat Jul 18 , 2020
COLUMBUS, Ohio (AP) — Even if it weren’t for her disability and fear of catching COVID-19, Delinda Bryant said getting the necessary postage to cast a ballot this year will be a struggle. Bryant, 63, doesn’t have $10 for a book of stamps, a printer to make them at home […] 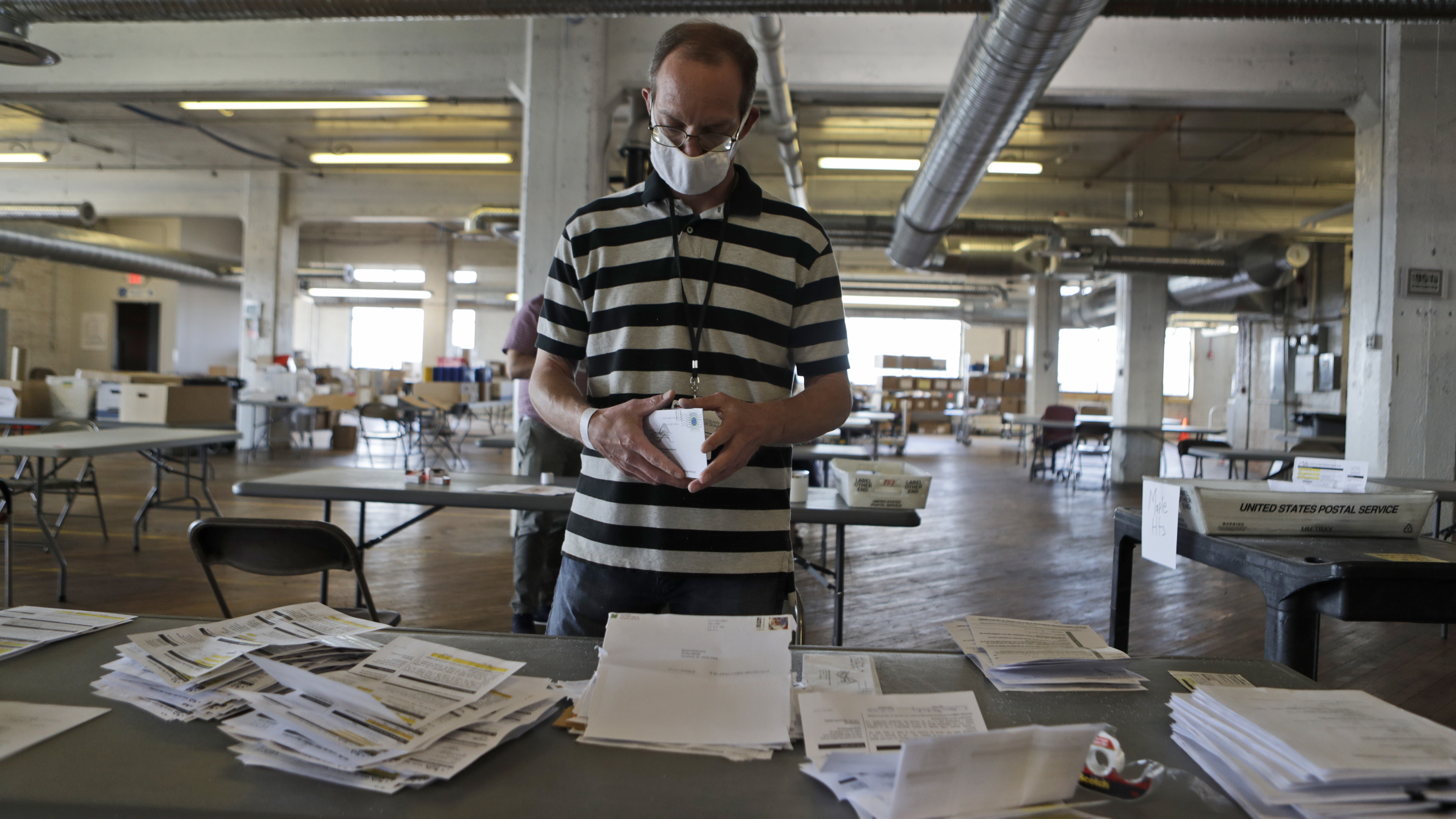