One hundred days before the presidential election, Joe Biden has built a commanding and enduring lead over Donald Trump, whose path to victory has narrowed considerably in the months since the coronavirus pandemic began.

Related: ‘Nobody’s ever seen anything like this’: how coronavirus turned the US election upside down

The president’s fortunes appear increasingly tied to the trajectory of a public health crisis he has failed to contain, with the death toll past 145,000 and the economy in turmoil.

A Washington Post-ABC News poll this month showed Biden far ahead of Trump, 55% to 40% among registered voters. That contrasted with March, when Biden and Trump were locked in a near tie as the virus was just beginning to spread.

The same poll found Trump’s approval ratings had crumbled to 39%, roughly the same share of the electorate that approved of his response to the outbreak while 60% disapproved. Especially troubling for the president are a new spate of polls that suggest he is losing his edge on the economy, formerly Biden’s greatest vulnerability.

“It is very hard to envision a scenario where you can make an argument for the president’s re-election if unemployment is well over 10% and there’s no sign that the pandemic is under control,” said Michael Steel, a Republican strategist who was an adviser for Jeb Bush’s 2016 presidential campaign.

“The political environment and the economic situation could look very different 100 days from now, but if the election were held today, it is very likely that the former vice-president would win – and pretty substantially.”

Surveys show Biden ahead in a clutch of battleground states that secured Trump’s victory in 2016, including Wisconsin, Pennsylvania and Michigan. A Quinnipiac University poll of Florida, seen as crucial for Trump, found Biden up by 13 points.

Biden’s campaign is now eyeing an expanded electoral map that could also deliver control of the Senate, challenging Trump in traditionally Republican states like Arizona, where the president has consistently led in statewide polls, as well as in conservative strongholds like Texas, where a new Quinnipiac poll found the candidates neck-and-neck.

Trump has dismissed polling that shows him losing as “fake”, adamant that he defied Beltway prognosticators in 2016 and is poised to do it again. “I’m not losing,” he insisted during a recent Fox News Sunday interview, when presented with the network’s latest poll showing him trailing Biden by eight points.

Related: Once a Republican bastion, Arizona is now a key state that could decide the election

Political strategists caution that much can – and almost certainly will – change in the coming months, especially in a race shaped so profoundly by the pandemic. There is a general expectation the contest will be closely fought, as presidential elections have been for decades in a deeply polarized climate.

At the same time, widespread uncertainty hangs over the security and administration of an election again threatened by foreign interference and disinformation. The pandemic has raised new concerns about voting procedures, amid Trump’s escalating attacks on mail-in ballots and unprecedented efforts to sow doubt about the legitimacy of the result in November.

Trump’s prospects likely hinge on his ability to persuade Americans he deserves a second term. Yet he remains almost-singularly focused on rallying a loyal but shrinking core of supporters. In recent weeks, he has sought to stoke white fear and cultural backlash with an aggressive response to anti-racism protests, a defense of Confederate monuments and a dark Fourth of July speech in which he claimed children are being taught to “hate” America.

The approach worked in 2016, but the nation has changed, transformed by the pandemic, economic crisis and a growing racial justice movement ignited by the death of George Floyd.

“Trump’s problem is that he wants to run a campaign like it’s 2016, but he’s been the guy in charge for the last four years,” said Heidi Heitkamp, a former Democratic senator from North Dakota.

Heitkamp believes Trump’s re-election chances are bound up with his economic approval rating. Once a bright spot for the president, voter dissatisfaction with his handling of the economy has risen ominously as the outbreak worsened in many parts of the country.

Without a strong economy to preside over, she said Trump “doesn’t have a theory of the case for his re-election.”

In recent weeks, the president has tried to draw attention to criticisms of Biden and frame the election as a choice between a political outsider and an establishment insider. But Trump is no longer the insurgent of 2016. He is the president, amid a historic crisis that a majority of Americans say he has mishandled.

There are signs the president is beginning to grasp the severity of the challenges facing him. After weeks of dismissing surges in infections, hospitalizations and deaths across the south and west as the last “embers” of a pandemic that had been largely curbed, Trump abruptly changed his posture.

He has encouraged Americans to wear face masks – which he had long resisted – and resumed the White House coronavirus news conference.

On Thursday, Trump announced that the Republican convention in Jacksonville, Florida, would be cancelled, citing the threat of the virus, which is ravaging the state. Democrats have also scrapped plans for a traditional convention, moving their event largely online.

Since becoming the presumptive Democratic nominee in April, Biden has run a relatively low-key campaign from his home in Wilmington, Delaware, improving his standing in the race even has he shrunk from the national spotlight.

Despite a contentious primary, the party has largely united behind him while his campaign has ramped up fundraising, narrowing the president’s once-vast cash advantage.

Biden is also buoyed by polls showing him carrying women by a historic margin and building a lead with independents and moderates. Since Trump’s election, white suburban women have fled the Republican party, joining with women of color to help Democrats regain the House in 2018. In recent weeks, Trump has attacked Biden on such turf, issuing blunt appeals to the “Suburban Housewives of America”.

As in 2016, both candidates are widely disliked, a reflection of deep polarization and the disenchantment many Americans feel. That year, voters who disliked both candidates swung hard for Trump. Four years later, polling suggests voters who don’t like their options – the so-called “haters” – strongly prefer Biden.

Perhaps even more worrisome for Trump is an erosion of support among older voters, who are disproportionately vulnerable to the pandemic. Retaining his dominance with such Americans, who tend to turn out at higher rates and are overly represented in swing states, is critical.

There are risks for Biden, too, particularly as the race intensifies.

Trump supporters are far more enthusiastic and committed to voting than are supporters of Biden. And Democrats worry particularly about support from black, Hispanic and young voters, who are crucial to building a winning coalition.

“Who he picks for VP is going to tell us a lot about not only what his vision is but it’s going to tell us the direction of the Democratic party,” said LaTosha Brown, co-founder of Black Voters Matter, describing it as the “most significant” decision Biden will make in the next 100 days.

Biden has vowed to name a woman, but Brown believes choosing a black woman would “meet the moment”.

“We’re in the midst of a highly racially polarized environment,” she said. “Black people are, quite frankly, fed up. People are not going to be OK with politics as usual.”

Few count Trump out. If the pandemic abates and the economy rebounds, he could benefit. A national disaster or a supreme court vacancy could shift the dynamics of the race. The Trump campaign’s massive ad campaign to define Biden as weak and ineffectual could begin to resonate.

“This race is far from over,” said Sam Nunberg, a former adviser to Trump. “The president has proved that he can come back from behind before.”

Yet after years of bending reality to his political will, Trump has seemingly accepted that he cannot will the coronavirus away.

Ian Sams, a Democratic strategist and adviser to Navigator Research, a left-leaning polling firm which tracks public opinion on the coronavirus, has closely monitored the relationship between approval of the president’s handling of the pandemic and judgements of the candidates.

Most voters view the 2020 election “through the prism of the pandemic”, said Sams, who previously worked on Kamala Harris’s campaign for the Democratic nomination and for Hillary Clinton in 2016.

“Unless something fundamentally changes – and we have 100 days so anything can happen – the handling of the pandemic is going to be the central question in voters’ minds when they step into the voting booth in November.”

Is There a Connection between Coronavirus and Air Conditioning?

Sun Jul 26 , 2020
The dramatic increase of COVID-19 cases in the states of Texas, Florida, Arizona, and California this summer has many scratching their heads. The summer months were supposed to slow infections due to activities taking place outdoors and more in-home ventilation, such as windows being opened up. This hypothesis has thus […] 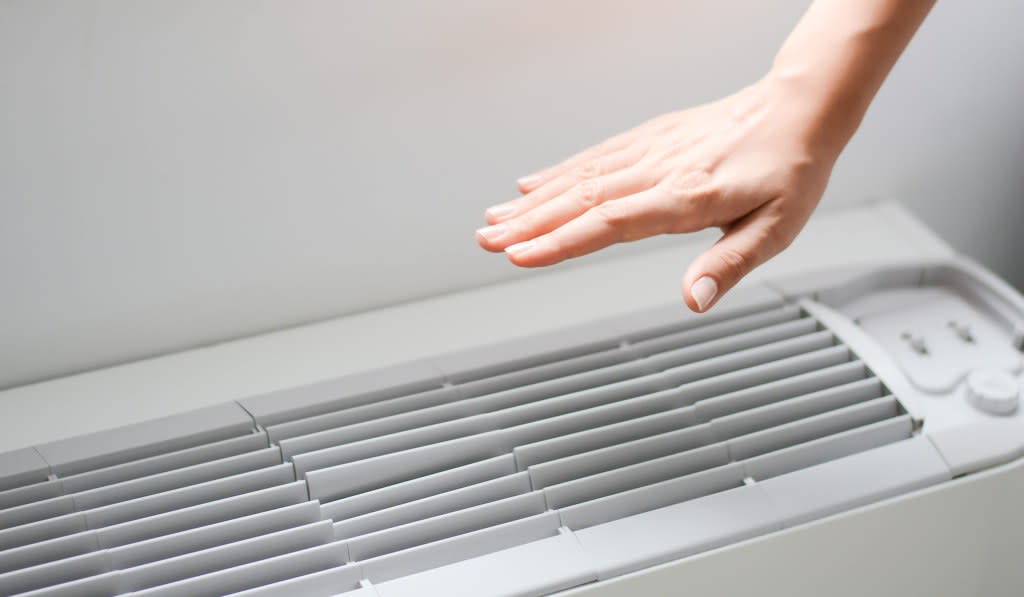