The presumptive Democratic nominee for president, Joe Biden, told Donald Trump “to step up and do your job” on Tuesday, highlighting that it had been a month since Trump most recently predicted the coronavirus would “just disappear”.

“He was wrong – and more than 25,000 Americans died due to the virus last month,” Biden tweeted on Tuesday morning. “Mr President, step up and do your job before even more American families feel the pain of losing a loved one.”

More than 4.7 million people in the US have been diagnosed with Covid-19 and at least 155,471 have died, according to Johns Hopkins University. While the US is home to 4% of the world’s population, the country accounts for more than a quarter of global confirmed infections.

More than 30 million Americans are unemployed because of the business closures to stop the spread of coronavirus. The White House and Congress are negotiating a new economic relief package, but two key relief measures ended last week, leaving millions of families with a sudden drop in income and fewer protections from evictions.

Amid these colliding crises, Trump on Monday floundered in an interview with the Axios news site, where he repeatedly insisted the US was doing better than other countries, brandishing several pieces of paper with charts to make his point.

Axios’s national political correspondent, Jonathan Swan, then realized Trump was talking about how many deaths the US has had in relation to identified cases. Swan then explained the deaths as a proportion of the population was where the US was doing badly in comparison with the rest of the world. Trump responded: “You can’t do that.”

Covid-19 deaths rose for a fourth week in a row to more than 8,500 people in the seven-day period that ended Sunday, according to a Reuters analysis.

A surge in cases has been identified in midwestern states for the first time while fewer cases and hospitalizations were recorded in some of the country’s most populated states: Arizona, Florida, Texas and California.

California has had more cases identified than anywhere in the country, but Governor Gavin Newsom said on Monday the weekly average of cases was down 21% from the previous week. He also cautioned it was too early to celebrate.

“This virus is not going away,” Newsom said. “It’s not going to take Labor Day weekend off or Halloween off or the holidays off. Until we have a vaccine, we are going to be living with this virus.”

The nation’s top infectious disease expert, Anthony Fauci, on Monday praised the state of Connecticut, which has one of the lowest infection rates in the country, because of its slow, staggered reopening process. “You are in a situation that you now, in many respects, have the upper hand, because you have such a low rate that when you do get new cases, you have the capability of containment as opposed to mitigation,” Fauci said.

New York, which has also been slow to reopen compared with much of the rest of the country, also had a case positivity rate lower than 1% this past weekend. But the densely populated state and its neighbor New Jersey have seen an increase in cases in recent days.

The disparate situations across the country prompted teachers from dozens of school districts, including Chicago, Milwaukee and Philadelphia, to lead protests from their cars on Monday asking for instruction to be online in the fall.

Health experts have warned the decision to return to in-person instruction must first prioritize the safety of school staff and students. The Trump administration has been aggressive in its push to force all the country’s schools to open for instruction in the fall, however.

The United Nations secretary general, António Guterres, on Tuesday said at least 40 million children were missing out on education and urged schools to reopen once local transmission of coronavirus was under control.

Deaths in the US have disproportionately affected black, Latino and Native communities, according to the Centers for Disease Control and Prevention. The resulting economic crisis has also affected women more than men, for the first time in the history of a US economic crisis.

When employment figures rebounded slightly in May, they did so for every population except black women, one in six of whom were unemployed that month, according to an analysis by the National Women’s Law Center.

To address the financial crisis, the treasury secretary, Steven Mnuchin, and White House chief of staff, Mark Meadows, are due to meet again with Nancy Pelosi and Chuck Schumer, the Democratic leaders in the House and Senate respectively, on Tuesday.

It is unclear if the parties will be able to reach a deal before the Senate is scheduled to take a month-long recess at the end of the week.

Tue Aug 4 , 2020
In healthy older people, loneliness has a pattern of stress response similar to that of people who are under chronic stress. Justin Paget via Getty Images Physical pain is unpleasant, yet it’s vital for survival because it’s a warning that your body is in danger. It tells you to take […] 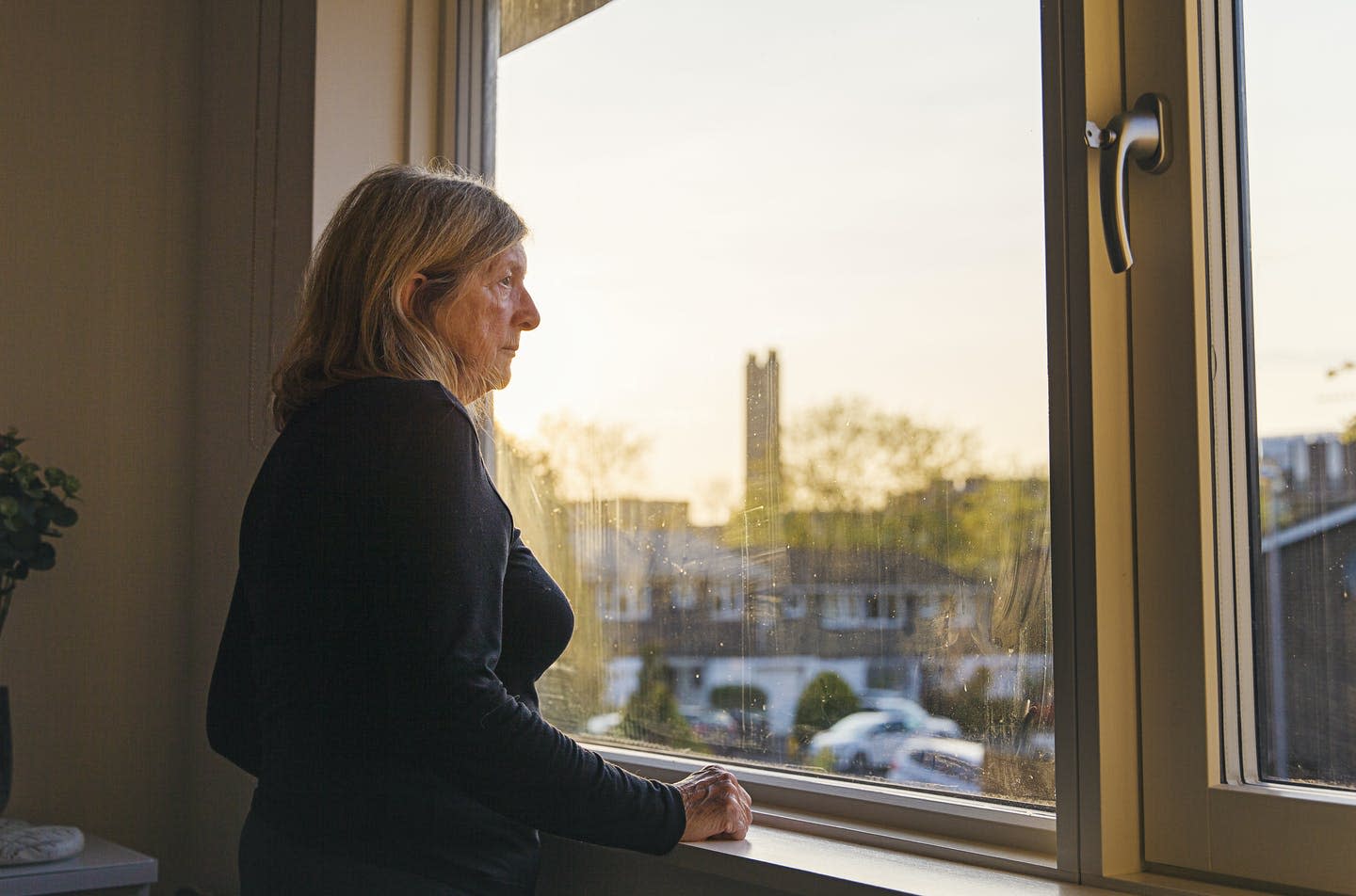