I probably would have never gone to college had I not spent two months of my childhood in a hospital.

While in middle school, I was diagnosed with juvenile rheumatoid arthritis. The pain in my legs became so bad that I couldn’t walk. My grandmother, “Big Mama,” a nursing assistant who raised me from the time I was 4, couldn’t afford to miss work to take me to the daily physical therapy appointments I needed to walk without pain. So I stayed at the hospital. I cried a lot over the isolation from my grandmother and my two brothers and two sisters, whom she also was raising.

The director of the physical therapy department, a Black licensed therapist, saw how lonely I was and adopted me as her goddaughter. After my release from the hospital, she would pick me up from my grandmother’s and take me to her single-family home in an upper-middle-income neighborhood in Baltimore for visits. She took me on a vacation to Disney World with her family. I would have long conversations with this Black professional about what I wanted to do for a career. She modeled for me how her education enabled her to have not just enough — but more than enough.

For the first time, I considered the possibility that I could go to college. Big Mama, who was a savvy money manager, didn’t talk about college. She was worried about the cost. Yet she refused to fill out the financial aid form that would have made me eligible for the federal Pell Grant, need-based aid for low-income students. Big Mama was afraid that disclosing her income and assets would somehow lead to her losing her home. It wasn’t an unreasonable fear, given the history of Blacks having their property destroyed or seized by Whites.

From an outside view, without considering the historical context of racism, some would argue that my grandmother didn’t value higher education. They would be wrong, of course. There is a very persistent and deeply prejudiced fallacy that Blacks “should” be doing better economically — if only they invested in going to college and acquiring qualifications.

Rather than admit overt or subconscious bias, it’s easier for some to accept that there’s something missing in the innate character and abilities of tens of millions of individual Black people that contributes to their financial failings.

“Let’s get past blaming things on race and look at education,” one reader wrote in response to a column about how the coronavirus could increase racial disparities in homeownership rates for people of color. “Rise above blaming others or a system or whatever and take responsibility for our actions and commit to being educated.”

After I wrote that structural racism is helping scammers attract Blacks to fake “sou-sou” pyramid schemes, another reader wrote: “How about pleading with the black community to get involved with their children’s education? Blaming others for the failings of a group? Being the perpetual victim? Always looking for, expecting special treatment and depending on others or worse yet, government? This country is filled with immigrant stories of people who come here with nothing and faced discrimination with no special handouts. Yet somehow, these minorities seem to succeed.”

I loathe to share these statements, but you need to see what I see. Rather than admit overt or subconscious bias, it’s easier for some to accept that there’s something missing in the innate character and abilities of tens of millions of individual Black people that contributes to their financial failings.

I’ve never met a single Black parent who would say to their child: “Honey, don’t worry about getting a college education. White folks will take care of you.”

A 2015 Pew Research Center survey found that 79 percent of Black parents with children under 18 said it is either extremely or very important that their children earn a college degree, compared with 67 percent of White parents.

In my Black community, I’ve seen parents almost come to blows with school administrators who tell them their child didn’t make the cut for select academic programs. I’ve stood in the cold at 4 a.m. on a March morning with low-to-middle-income Black parents trying to register their children in a county-sponsored summer enrichment camp.

“Rise above blaming others or a system or whatever.”

Clearly, many people in this society have reduced the devastating legacy of slavery to an afterthought.

The “whatever” still plagues Blacks in this country. They aren’t clinging to victimhood as an excuse to fail. We have been victimized and continue to be victimized. Whites must not ignore or otherwise minimize the enduring effects of an institution that legally enslaved a group of people for more than two centuries based on the color of their skin. This same institution was supported by laws that prevented Blacks from learning to read and write.

We cannot casually put aside the fact that in this country there was a time not too long ago when to be an educated Black person meant you could be badly beaten or hanged from a tree for acting ‘too smart for your own good’ or ‘being uppity.’

And yes, I went there.

We cannot casually put aside the fact that in this country there was a time not too long ago when to be an educated Black person meant you could be badly beaten or hanged from a tree for acting “too smart for your own good” or “being uppity.”

It’s also helpful, dear reader, to keep in mind that it wasn’t until my lifetime that many colleges and universities opened their doors to Blacks. And when Blacks were finally allowed in, barriers remained. Eighty-one percent of Blacks with at least some college experience faced discrimination or were treated unfairly because of their race or ethnicity, according to a 2016 Pew survey.

Black people continue to face employment discrimination even after acquiring a college degree.

“At the initial point of entry — hiring decisions — blacks remain substantially disadvantaged relative to equally qualified whites, and we see little indication of progress over time,” the researchers wrote.

And please stop comparing Blacks with other minorities who have largely closed the wealth gap.

Thus was born the comparison of Blacks to Asians and the incorrect assertion that Asian parents value education more than Black parents.

“Other determinants are much more important drivers of education and test scores than whether families value schooling, especially across groups,” he said, “… things like whether your parents have college degrees, whether you’re in a neighborhood where it’s normal to go to college, and whether you have a lot of role models in your life who have college degrees and who can show you what it’s like to have a life that has a professional career credential to it.”

We need to stop pretending sheer willpower is the key to obtaining higher education for Blacks, Hilger said.

“The idea that some racial groups just don’t want to be educated, it’s so preposterous, it’s racist,” he said. “History has a long shadow. When bad things happen to groups, it doesn’t go away. It gets transmitted across generations. It reverberates.”

When I won a competitive college scholarship, the first thing my grandmother said to me was, “You better not mess this up.”

So, yes, Blacks do value education and understand the role it plays in economic empowerment.

Sat Sep 26 , 2020
The college football season cranks up into overdrive in Week 4 as the SEC opens play, joining the ACC and Big 12 as Power Five conferences rolling along in the 2020 season. No. 8 Auburn will host No. 23 Kentucky in one of three ranked-on-ranked games of the weekend, while […] 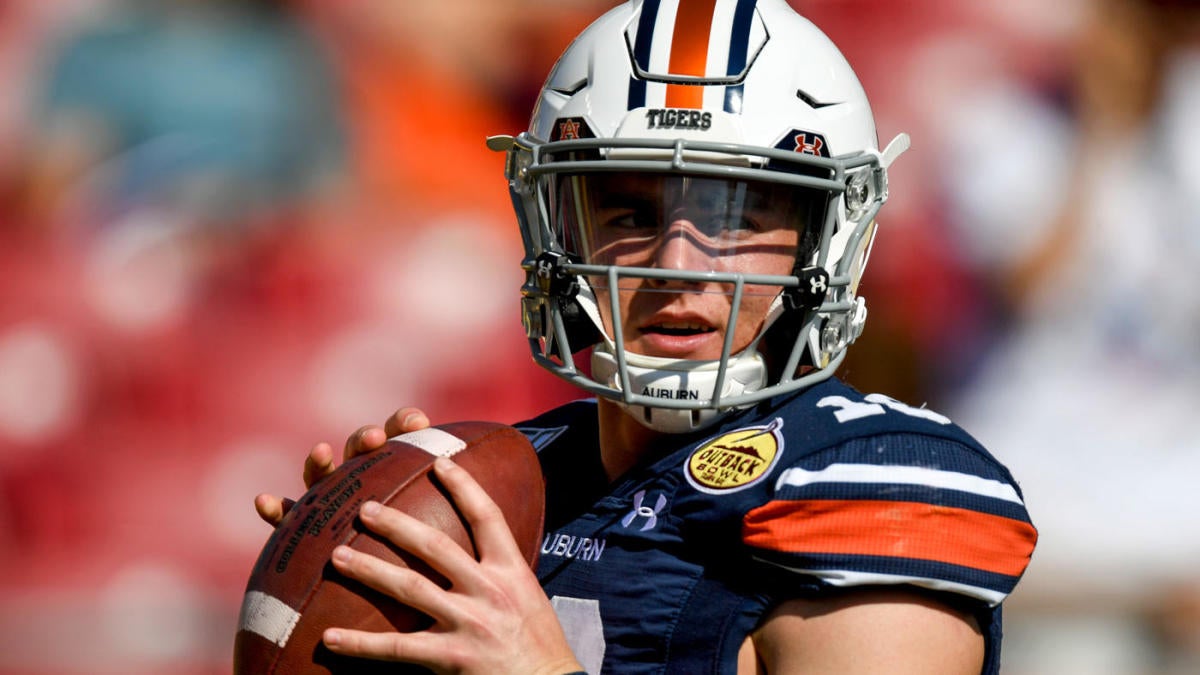