Bode Miller’s go-for-broke, risk-taking style on the slopes put him in a class by himself.

Now, school’s in session for that sort of knowledge – a crash course in avoiding those crashes on the course.

The retired American ski racer will partner with the Institute for Civic Leadership Academy to launch a Bode Miller winter sports academy.

It’s an online learning program designed for ski racers, snowboarders, cross-country skiers and any other outdoor sports enthusiast in grades 7-12. Miller’s responsibilities include direct communication with students, along with creating video content, workouts and webinars to help local club coaches better instruct their athletes. At least, that’s the blueprint in this time of the COVID-19 crisis.

Down the road, Miller envisions opening an actual school near Big Sky, Montana, where he and his family make their winter home.

His end goal: Produce the next wave of standouts – in the classroom and on the snow.

”This is a total game changer,” Miller said in a phone interview from Southern California. ”Because this allows students to operate on their own schedule, get a first-class education and still develop into whoever it is they’re meant to be.”

Miller’s winter sports academy project has been in the works for about 1 1/2 years. He recently sped up the timetable, though, after watching his kids switch to online learning last spring due to the coronavirus pandemic. He wanted a more nurturing environment.

”We kind of address the things that I hated about the basic online curriculum, which was isolation, non-standard teacher, sort of the online triage version,” the 42-year-old Miller said. ”Hopefully we’re opening more of a super high level private-school type education that’s COVID proof, and that allows for our kids to pursue whatever passion they have.”

Although his program is in its infancy — they just recently launched — he’s already had about 100 students express an interest. The cost hovers around $13,000, with financial aid available.

That’s a big deal to Miller, who attended Carrabassett Valley Academy in Maine as a teenager and had to help pay his own way by resurfacing clay tennis courts for his uncle’s company.

That work ethic set the foundation for a career in which he became a two-time overall World Cup champion and led him to six Olympic medals, including gold in the combined at the 2010 Vancouver Games.

He did things his way, too.

”As much as people criticized me throughout my career for the decisions I made, they can recognize that I did have a plan and I had good foresight,” explained Miller, who retired in 2017. ”I always looked at all the options. I made my decisions and whether they could agree with them or not, history has proven that I did create a plan that statistically bucked the statistics.

Miller won’t be just the face of the program. He will be hands-on with webinars that will feature an occasional guest speaker (maybe Lindsey Vonn or Mikaela Shiffrin?). His workout videos and dry land training tips will be the same ones he went through during a career that included 33 World Cup wins.

He’s relying on the expertise of the ICL Academy for the scholastic element. The academy is rooted in the principles of the Dwight School, an internationally renowned independent school founded in 1872, and blends learning with industry leaders.

Some of the names who’ve recounted their experiences in lectures or as advisers for the ICL Academy include musician Alicia Keys, author Malcolm Gladwell, tennis Hall of Famer Monica Seles, linebacker Dhani Jones and Miller, who’s taken his involvement to another level.

He’s been friends with ICL Academy founder Kirk Spahn for years. And while Miller has grand plans to open a school in Montana, he figured the time to act was now.

In this model, one live online class per day will be required. Then, students balance the rest of the class load around their area of interest, whether it’s snowboarding, skiing or hockey.

Also, the classes integrate personal interests into the teaching methods. For instance, a skier/snowboarder may learn the physics behind the power generated out of a turn or the principles of edge angulation.

”It’s not going to be blatant all the time and in-your-face because I don’t think that would really help them,” Miller said. ”But there are undercurrents of the sport that they’re involved in, woven through the entire academic curriculum.”

Growing up, Miller was a regular at a tennis camp started by his grandparents. He saw first hand how many would return year after year because of their positive memories.

He hopes to cultivate a similar experience with this winter sports academy. Maybe even someday produce athletes who will be the stars of the U.S. Ski and Snowboard squad.

”We want to create a superstar – superstar kids, superstar people who are involved in the community,” Miller said. ”That may sound idealistic, but it’s really an authentic part of our vision, and the DNA of the whole thing.”

Thu Jul 16 , 2020
The novel coronavirus pandemic has now killed more than 583,000 people worldwide. Over 13.5 million people across the globe have been diagnosed with COVID-19, the disease caused by the new respiratory virus, according to data compiled by the Center for Systems Science and Engineering at Johns Hopkins University. The actual […] 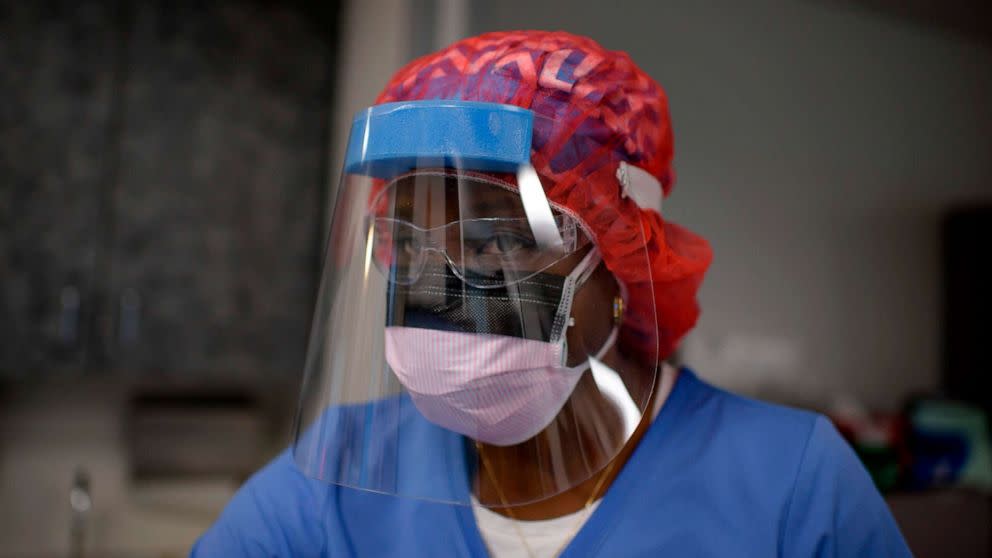