Photos posted online of a shiny blue bullfrog recently caught in Ohio are raising questions, fueling theories, and prompting at least one person to say, “you know I want to kiss it.”

“Are you sure he didn’t paint it,” Brian Smith queried.

“Do they have any poisonous effects on predators?” Micheall Reed asked.

Many others simply admired its brilliant indigo hue and thought, “That’s the prettiest frog I’ve ever seen.”

So what’s up with this amphibian: Is it a mutant? Technically yes, experts say, a 1-in-a-million freak.

Bullfrogs are typically greenish-brown in color, providing perfect camouflage for environments where they live.

But this recent find is the result of an extremely rare mutation called axanthism, which prevents or limits yellow pigment from being produced, the Ohio Department of Natural Resources said in a Facebook post sharing the photos. Yellow and blue together make green, and without enough yellow, the blue is unmasked.

In bullfrogs, this occurrence may be 1-in-a-million, according to the department.

Matt Minnich, an Ohio man who snapped the photos, “was especially lucky” to run into the colorful creature.

Part of the rarity comes from predation, as the animal’s vibrant skin means it can’t keep a low profile, a U.S. Fish and Wildlife Service specialist told The Daily Texan in 2012.

The specialist was pursuing “a giant, fluorescent blue bullfrog” spotted at a ranch down in the Lone Star State, intending to capture it and take it into “protective custody.”

For a frog like that, “anything” is a potential predator, he told the outlet.

Axanthism has been found in many other animals as well, and in 23 species of amphibian, according to the Ohio Department of Education. Most of those 23 are in the family Ranidae, sometimes called the true frogs, which accounts for a wide variety of frogs found all over the globe.

As for those with questions regarding kissing or licking the frog, Ohio’s wildlife experts didn’t offer any insight. But certain frogs and toads excrete toxins through their skin, so it’s probably inadvisable, and in some states, potentially illegal.

A look at what didn't happen this week

Sat Jul 11 , 2020
A roundup of some of the most popular but completely untrue stories and visuals of the week. None of these are legit, even though they were shared widely on social media. The Associated Press checked them out. Here are the facts: ___ CLAIM: The nasal swab test commonly used for […] 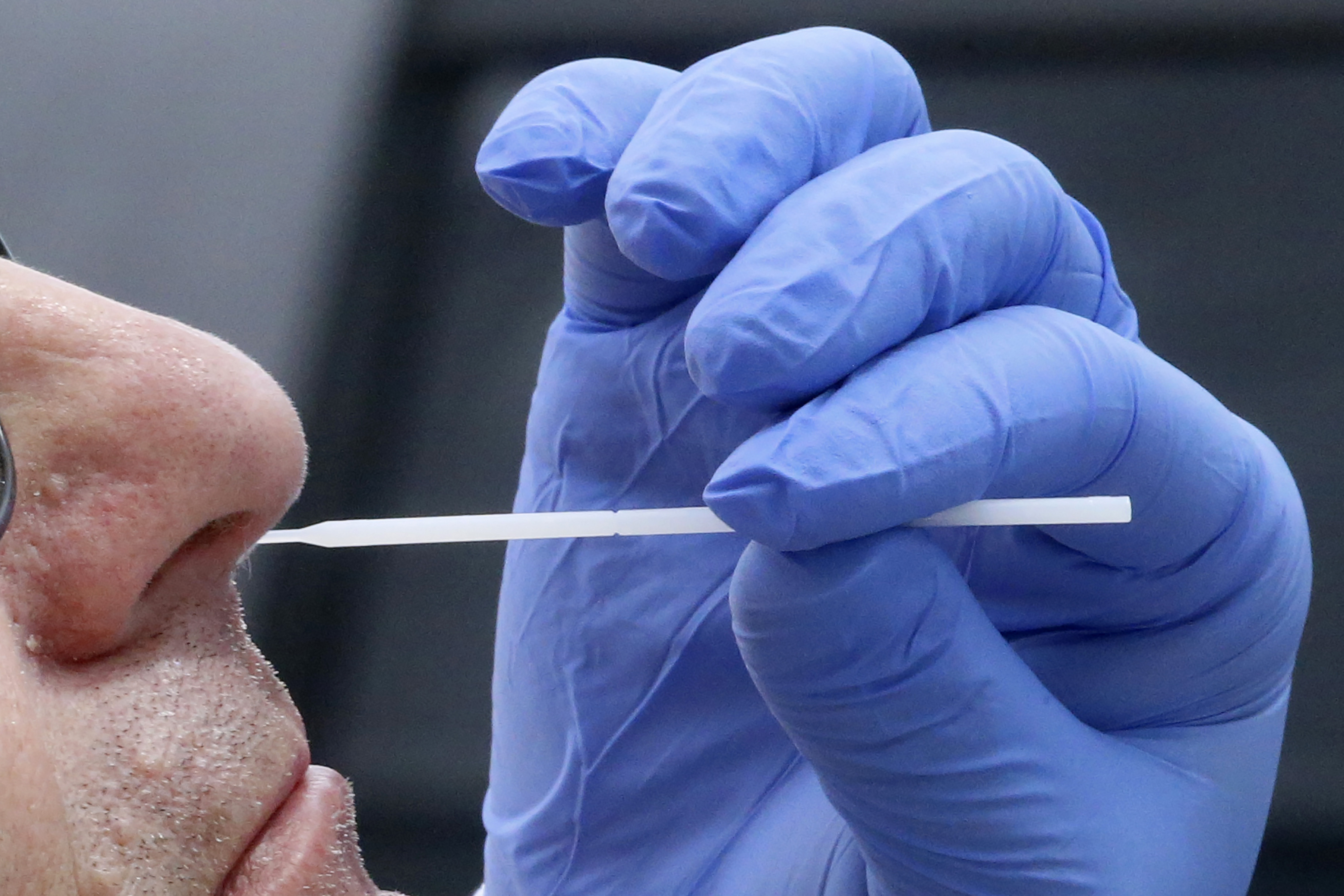