Californians have spent $38 million and counting trying to tilt Senate contests across the nation, making the state one of the top sources of campaign contributions in races that will decide which party controls the body next year, according to campaign finance disclosures. That’s despite the state not having a Senate race on its ballot in November.

There are 35 Senate races being decided later this year, and California is among the top five donor states for at least one candidate in every contest, according to campaign finance reports filed with the Federal Election Commission. In many cases, candidates raised more from California than in their home state.

Californians have contributed to candidates on both sides of the aisle, but far more money is pouring into Democratic coffers.

Prominent fundraisers in the state say the level of energy among Democratic donors is unprecedented and attributable to despair over President Trump’s tenure and anger over the slim Republican majority in the Senate blocking legislation passed by the Democratically controlled House.

“People that never cared that much about politics are just wild now, just livid. There’s this kind of desperate energy to fix this,” said Susie Tompkins-Buell, a major San Francisco-based Democratic donor who co-founded the clothing brand Esprit and outdoor retailer North Face. “I’ve never seen anything like it.”

Tompkins-Buell sends weekly emails to her circle of friends, donors and political allies containing her thoughts about recent developments in politics, as well as news articles and notices of upcoming opportunities to meet candidates. A recent blast included links to virtual fundraisers for 12 Democratic challengers and three incumbent Democratic senators.

The online fundraisers are a far cry from the pre-pandemic gatherings at Hollywood celebrities’ mansions and Silicon Valley entrepreneurs’ estates. Gone are the cocktail receptions, catered meals and photograph opportunities with candidates. But the online events have been lucrative.

Both candidates in the election in Maine, Republican incumbent Susan Collins and challenger Sara Gideon, and in South Carolina, Sen. Lindsey Graham and Democrat Jaime Harrison, have also brought in more from California than their home states.

These findings are based on fundraising disclosures filed with the FEC of donations over $200 to candidate committees between Jan. 1, 2019, and summer 2020. They do not include small-dollar donations or checks written to super PACs or other outside groups.

The filings show donors are giving handsomely to races across the spectrum: Democrats are desperate to hold on to Jones’ seat, which he won in a 2017 special election over Roy Moore, a Republican accused of sexual assault and inappropriate behavior with girls. The Democratic Party last won the seat more than a quarter-century ago.

Others such as Greenfield and Harrison were thought of as long shots, but the races have tightened as the president has sunk in the polls. And others, such as the Republican Collins, were long expected to face a tight path to reelection.

The race Californians donated the most to — $5.6 million — is between Senate majority leader McConnell and Democratic rival McGrath in Kentucky. It’s not the most competitive race on the map, but it is high profile because of McConnell’s prominence. He received nearly $1.8 million from Californians, and McGrath received more than $3.8 million.

Duane Kubo donated $500 to McGrath in June. It was the first time Kubo, who has long been active in local issues, donated to a candidate outside of California.

“I just feel that the upcoming election is so important for the direction of our country,” said Kubo, 69, who lives in Soquel, about five miles east of Santa Cruz. “We just really need to turn it around.”

He said he was drawn to trying to defeat McConnell because of the majority leader’s outsize role in national policy and U.S. Supreme Court nominations.

GOP donors similarly felt that they needed to make their voices heard, particularly because they live in such a Democratically dominated state. A Republican was last elected statewide in 2006, and Hillary Clinton beat Trump by 30 points here in 2016.

Edward Lewis of Los Angeles said he feels his rights have been stifled by California’s Democratic leaders, so the longtime Republican has donated and helped fundraise for candidates of his party — both in California and in other states — for years.

This year, Lewis said he donated to Colorado Sen. Cory Gardner’s and Graham’s reelection bids because both men support the president’s agenda. He pointed to Graham’s work on judicial nominations. “I think he’s done a tremendous job in guiding our country to a better place,” he said of the South Carolina politician.

Both Gardner and Graham “do a great deal to advance conservative principles that I believe in,” Lewis said. “They would be sorely missed if they didn’t get reelected.”

The Colorado and South Carolina races are among the top five contests favored by California donors. In the former, among the most competitive in the nation, Gardner received about $750,000 from Californians, and his Democratic rival and former Gov. John Hickenlooper received more than $1.4 million.

The South Carolina race is less competitive, but Graham’s transformation from scathing Trump critic to one of the president’s closest allies has caught the attention of Republicans and Democrats alike. Graham raised nearly $1.5 million from Californians; Democrat Harrison raised more than $1.7 million.

The candidates in Arizona’s highly competitive Senate race received almost as much as the South Carolinians, with Republican incumbent Martha McSally raising more than $1 million from donors here and Democratic challenger and former astronaut Mark Kelly bringing in $3.6 million.

McSally was appointed to the late Sen. John McCain’s seat in December 2018, and the special election in November is to determine who will serve the two years remaining in McCain’s term. Kelly is the husband of former Rep. Gabrielle Giffords, who was shot in the head in an assassination attempt in Tucson in 2011. In the aftermath, the couple has made gun safety their life’s work.

Stephanie Hernstadt, a former film and video editor, donated to both Kelly and McGrath as part of a commitment she made after Trump was elected in 2016: She would help Democrats win back the Senate.

“I was so horrified at the prospect of a Trump presidency that I wanted Congress to be blue to be able to counteract his inevitably bad ideas,” she said.

The Los Angeles resident said she chooses candidates carefully. Kelly seems like “the real deal” and someone who appreciates science, she said. McGrath, a former Marine pilot, seems she has a fighting chance to unseat McConnell, Hernstadt said. “We just need people who have backbones.”

Donating to candidates is one way she feels she can help Democrats outside of already-blue California.

“I feel so helpless otherwise,” she said. “I can afford to give a little extra money.”

Take Back the Economy From Economists

Mon Aug 3 , 2020
When I answer the phone, Zephyr Teachout quickly explains our call might be shorter than planned. Both she and I are at the whim of her two-year-old toddler, who is sleeping and could wake at any time. Teachout, a law professor at Fordham University in New York, is best known […] 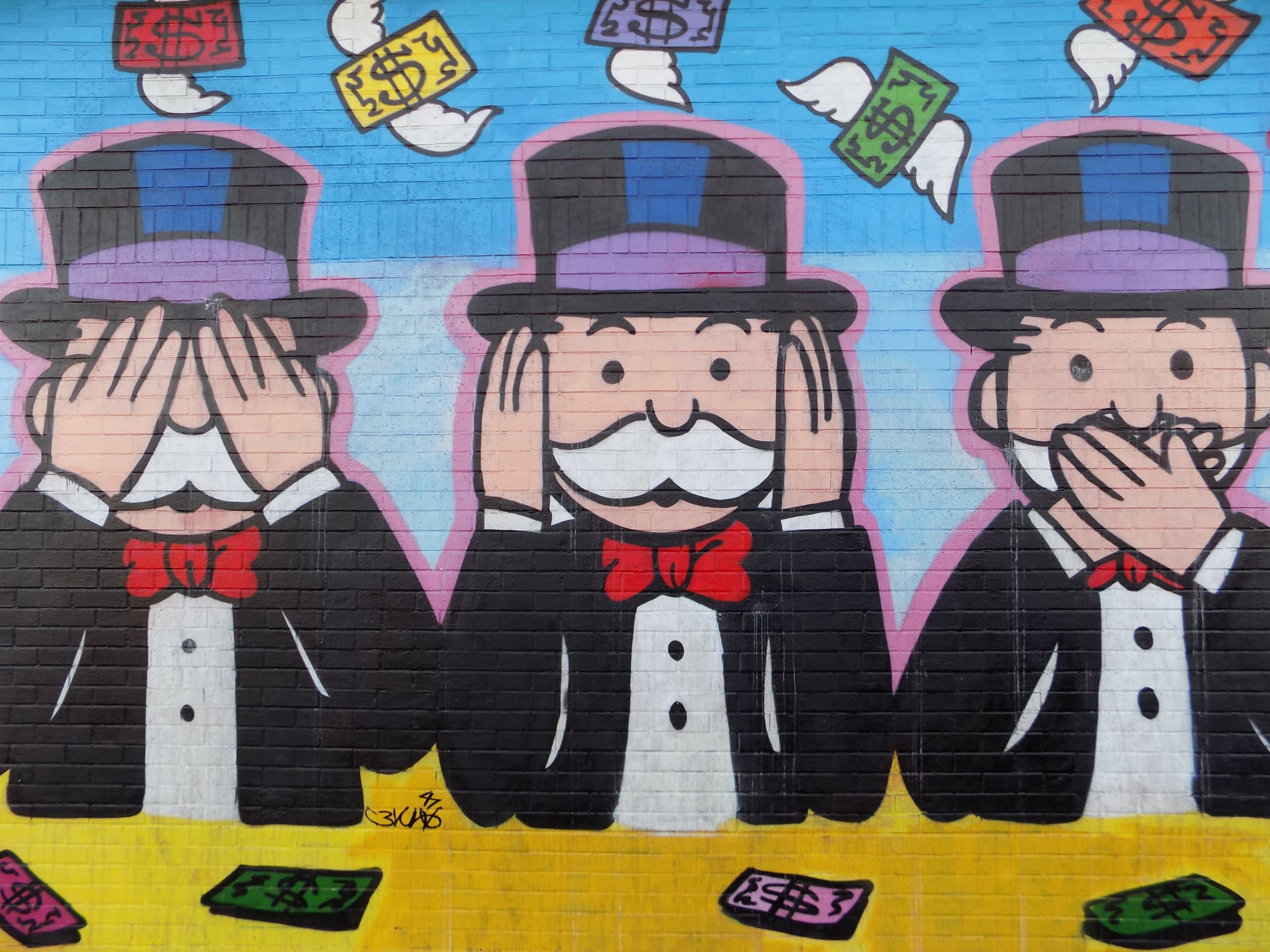