There’s nothing sustainable about eating meat, is there? The Food and Agricultural Organization (FAO) of the United Nations says livestock are responsible for 14.5% of what they call ‘human-induced’ green house gas emissions. Of that, around 40 per cent comes from cattle and 20 per cent from cow’s milk production. According to the World Wildlife Fund, soy is the second largest agricultural driver of deforestation worldwide, behind – you guessed it – beef. And around 75 per cent of soy is used for livestock feed.

My life as an omnivore looks shaky at best and in truth, untenable. I can’t lead a sustainable life and eat meat.

I first meet Will Harris, a fourth generation cattleman at a sustainability conference in Santa Fe, New Mexico in January 2020. I follow-up with an email requesting an interview and his reply comes back in all caps. Normally annoying, but somehow it feels right with Harris – a man who epitomises the phrase ‘larger than life’.

Harris works White Oak Pastures, the southwest Georgia family farm started by his great-grandfather in 1866. Harris studied agriculture at the University of Georgia, graduated in 1976, and returned to the farm. Like most farmers post-Second World War, he employed a chemical cocktail of pesticides, herbicides, hormones and antibiotics, topped off with a diet of corn and soy so he could fatten up cattle quickly and cheaply.

But in the mid-1990s something happened: Harris had a change of heart. He turned his back on intensive farming and returned to the kind his great-grandfather would have recognised. ‘We’ve gone back to traditional farming methods in a very radical manner,’ he says. Goal one was improving animal welfare. Out went the antibiotics and hormones. ‘I noticed a fairly quick difference in the cattle,’ he says. ‘They were healthier and less stressed, and I liked it better. They grew slower and it costs more money to grow them, but I think the cattle were better off, and I liked it better.’

Cattle at the farm are pasture-raised as are sheep, goats, pigs and poultry – in fact, ten different animal species in total. There’s an organic vegetable garden, honey bees and egg-laying chickens. It’s a bucolic setting that is worlds away from the bleak images we’ve all seen of industrial farming with caged animals in overcrowded conditions who never see the light of day. “I think of an industrial farm as a factory,’ Harris says. ‘I think of this is an ecosystem.’

Jodi Harris Benoit is Harris’ youngest of three and works at the farm along with her sister Jenni. She was a teenager when her father took the first steps in converting the farm. ‘But even in my teen years, I didn’t quite grasp what it was that he was doing or understand the risks he was taking at the time. It wasn’t until I was in college that I was like, “Holy cow, what have you done?”’

I asked Harris if he got any flack from other farmers who questioned his move. ‘Nobody ever said I think you’re crazy. Nobody ever said that to me, but I’m probably not the person to say something like that to anyway.’

The second change was to move into what is called regenerative land management. Those benefits were slower to see. ‘You cease to use chemical fertilisers and pesticides and tillage and start using prescribed grazing,’ he says. ‘It takes a long time – years for those improvements to manifest themselves to the point that’s knowledgeable.’

But he says now you only have to look at the soil health of White Oak Pastures versus neighbouring land to see the difference. Regenerative land management focuses on soil health and fertility and rotates animals throughout a network of pastures. Cows eat the grass, sheep and goats nibble on weeds, while chickens help themselves to bugs and grubs. The results go beyond happier animals – an independent study found that White Oak Pastures sequesters more carbon in their soil than their cattle emit.

And Harris didn’t stop there. There is a zero waste policy so nothing – and I mean nothing – is wasted. Organs like oesophagi, penises, tripe and tracheas are dehydrated for dog chews. Hides become rugs or leather belts. Fat is rendered into lard and tallow. And any truly inedible bits are composted. The farm is also one of the few in the country that has its own abattoirs – one for red meat and one for poultry. The animals don’t have to travel – which is the fate of most livestock – and the whole supply chain is kept incredibly tight.

That tight supply chain has helped White Oak Pastures not only survive but thrive throughout the Covid-19 pandemic. People feel like they can trust White Oak Pastures even if they’ve never set foot on the property. And trust is something in short supply today when it comes to food – both what’s on the packaging and what’s inside. “You can take nothing for face value that you see on a package,’ Harris says. ‘We could talk about grass fed, but the most egregious would be you can buy a pound of ground beef from the grocery store and it says it’s a product of the USA when the animal was born and raised and slaughtered on another continent. It never drew a breath of air in the United States, but it’s marked product of the USA.’

While their food service wholesale business disappeared with Covid-19, online sales to consumers have increased exponentially. Harris is interested to see how much of the direct consumer sales stick post pandemic, adding dryly, ‘I have no idea what that is, somewhere between one and 100%, I’m sure.’

Harris’ third goal was to turn his sights on the rural economy of Bluffton, Georgia. When I ask Jodi Harris Benoit how small Bluffton is she laughs, ‘They say there’s about 100 people who live in town, although if that’s true, I certainly can’t find them.’ Until the general store opened in 2016, the only thing you could buy in town was a postage stamp at the post office.

White Oak Pastures has blossomed from four employees to 160, making them the largest private employer in the county.

Not everyone stays at White Oak Pastures and that’s fine with the Harris family. ‘Most of these people aren’t here for a pay check every Friday,’ says Jodi. ‘They are here to learn and eventually they’re going to go back to their hometowns or land that they are inheriting and they’re going to implement the same thing or either they decided to make this their career for the long haul.’

Will Harris likes to say that his farm is not highly scalable – it’s not going to get bigger – but it is highly replicable. As Jodi told me, ‘The U.S. doesn’t need for White Oak Pastures to get any bigger, but it needs hundreds, if not thousands of White Oak Pastures all over the United States. There needs to be one in every county.’

Crazy? Maybe, but I dare you to tell Will Harris that.

Why I’m promising to end all my food waste

Thu Jul 16 , 2020
A Canadian parent who once played in the Canadian Football League was sentenced Wednesday to three months in prison after pleading guilty in a college admissions cheating scheme, federal prosecutors said. David Sidoo, who played for the Saskatchewan Roughriders and BC Lions, paid about $200,000 to have someone else to […] 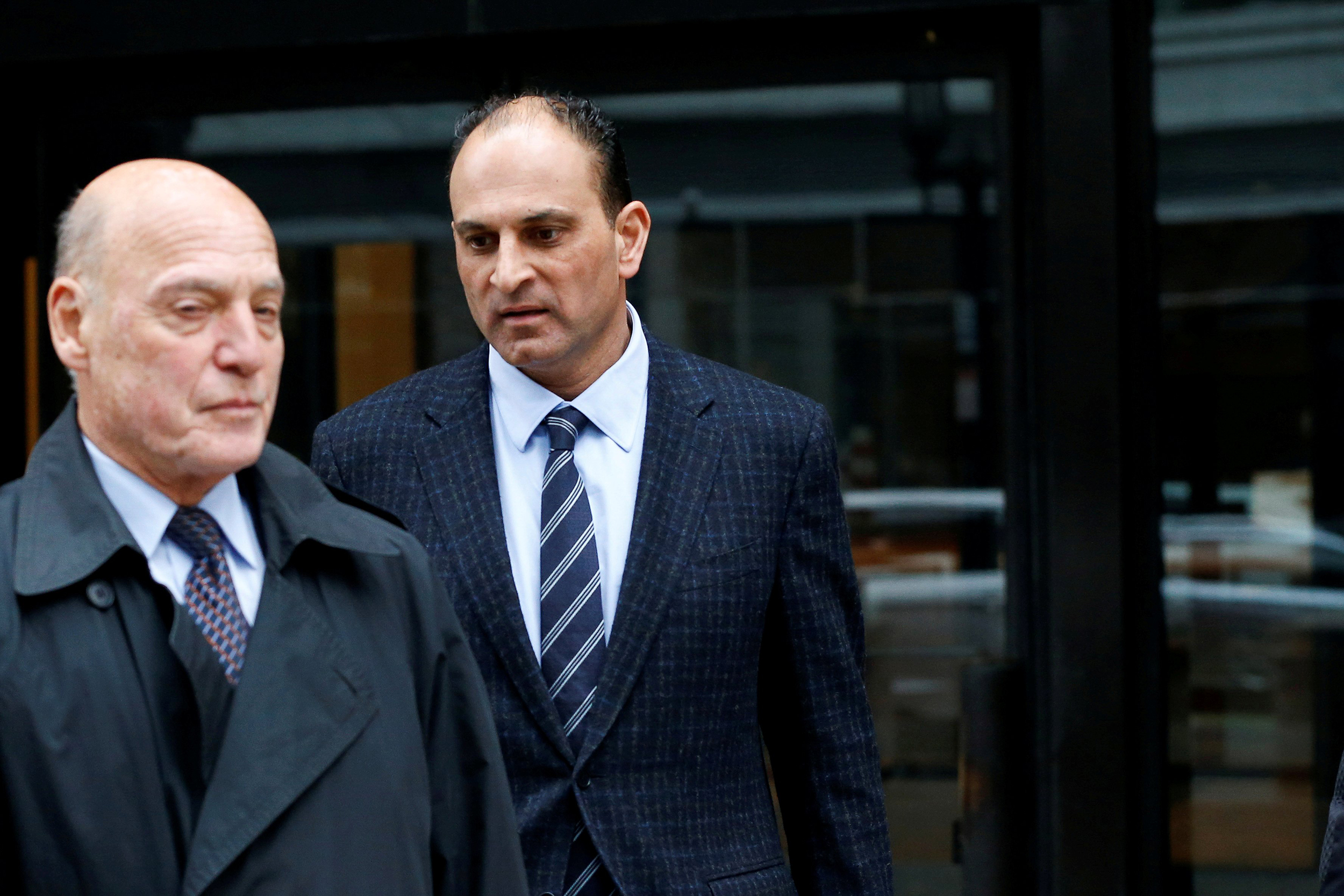