A serial thief who targeted hospitals and NHS staff during the coronavirus lockdown has been jailed for four-and-a-half years.

He stole a purse from Solihull Hospital and mobile phones from Birmingham Children’s Hospital in April.

Bradley was also linked to further offences committed at a care complex in Bournville and Birmingham Women’s Hospital, as well as the theft of a laptop from a cardiac unit at the children’s hospital.

One of the victims of his theft at the children’s hospital confronted him, but Bradley managed to make excuses and run away, police said.

Sgt Julia Slater said: “Bradley is a callous and uncaring career criminal who has gone out of his way to deliberately target the most vulnerable in society.

“While the rest of the country was in lockdown doing all they could to stop the spread of the virus, he was going out to steal from those people most at risk, and most shocking of all, to steal from the selfless members of the NHS who were putting their own safety on the line to help save others.”

Bradley pleaded guilty to five counts of burglary at Birmingham Crown Court on Wednesday and was sentenced for those offences and four breaches of his Criminal Behaviour Order.

Thu Sep 17 , 2020
How the Magellanic Stream might look like above Reef Beach, Bremer Bay in Western Australia if we could see in UV and x-ray. Credit: Scott Lucchini &Colin Legg. There is a huge halo of gas circling our Galaxy with the mass of a billion Suns. Stripped from the two dwarf […] 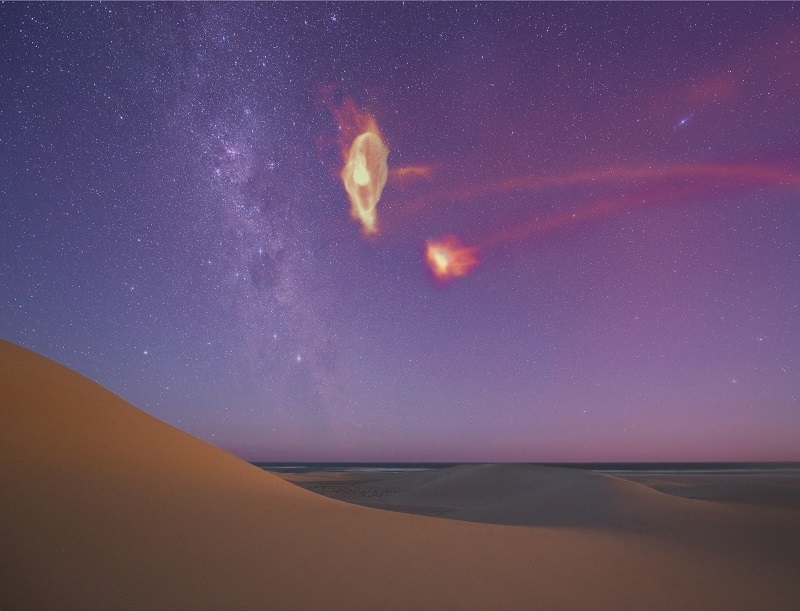