As states started the first of their efforts to “slow the spread” of COVID-19 in late March, including stay-at-home orders, many churches went to an online platform and Americans attended Easter services via livestream and in their pajamas.

But as the lockdown continued, and marijuana dispensaries and liquor stores were deemed essential services while many churches were not, many people of faith said the closures infringed on the right to the free exercise of religion.

Religious groups became ever more angry when protests following the death of George Floyd — some of which quickly turned to riots where demonstrators burned churches, vandalized businesses and looted — were allowed to assemble with little to no social distancing and spotty mask-wearing.

This juxtaposition exposes the double standard by which some First Amendment rights are protected more than others.

Not all rights are treated equally

As restrictions started to lift in May, many churches in California, including my own, reopened while still taking safety precautions. For instance, my church outside Los Angeles required attendees to make online reservations to attend in-person services. Other churches in the area checked temperatures, required mask wearing, practiced social distancing and provided outdoor venues.

But in early July, California banned singing, mandating, “Places of worship … discontinue indoor singing and chanting activities and limit indoor attendance to 25% of building capacity or a maximum of 100 attendees, whichever is lower.” Yet the state did not place the same restrictions on protests, as if thousands shouting at protests, albeit outdoors, but with minimal social distancing and irregular use of masks would prove less risky.

No exceptions: Defeat COVID-19 by requiring vaccination for all. It’s not un-American, it’s patriotic.

Going even further, California Gov. Gavin Newsom issued an executive order on July 13 requiring that all churches in more than two dozen counties shut down indoor operations altogether. Newsom even said he preferred all interactions, indoor or outdoor, cease.

Despite the order, my own church decided to provide a venue for outdoor services and joined many other churches in choosing to remain open in civil defiance. Just as protests are protected by the First Amendment’s right to “peaceably” assemble, so are churches.

The Supreme Court recently weighed in, unfortunately deciding 5-4 to undermine the rights of churches in one state.

In its response to COVID-19, Nevada imposed tighter restrictions on churches, limiting assembly to just 50 worshipers no matter how large the building, than on indoor bars, casinos and amusement parks, which could operate at 50% capacity. Justice Neil Gorsuch highlighted how churches are being shut down and shut up, calling it a “simple case.”

His pithy dissent concluded: “The First Amendment prohibits such obvious discrimination against the exercise of religion. The world we inhabit today, with a pandemic upon us, poses unusual challenges. But there is no world in which the Constitution permits Nevada to favor Caesars Palace over Calvary Chapel.”

The importance of in-person services

Nationally, local officials and state governors have argued that church services are health hazards while lauding the protests, as if the virus chooses who it infects. Public health experts have argued that the risks of not protesting exceed the risks of the virus. Unfortunately, it is difficult to measure those risks when contact tracers are not asking patients if they attended a protest, as is the case in New York City.

Even Los Angeles Mayor Eric Garcetti admitted at a press conference, after speaking with the county’s Director of Health Dr. Barbara Ferrer, “She does think some of the spread did come from our protests.”

The Centers for Disease Control and Prevention recommends that communities of faith limit use of communal Bibles and hymnals; I know of churches that have resorted to handouts of lyrics and verses or, as some churches did pre-COVID-19, use large projector screens. It is possible to worship safely, but from Mississippi to New Jersey, even outdoor or drive-in services have been unconstitutionally shut down by local officials.

For many who may not have a faith, attending church at home may seem no different than attending in person, since songs, sermon, prayer all remain — although virtually. But just as a protest can’t occur over Zoom, churches also require community and gathering together, as the Church is not a building, it’s a body of worshippers.

Churches are also essential to the health of our local communities, especially as we witness unrest, anger and need. A 2016 Duke University study found 83% of church congregations contribute to some social or human services to help those outside of their own congregation. These charitable efforts have only continued during the pandemic. A Christian organization, Samaritan’s Purse, even set up an emergency hospital in New York City’s Central Park.

Keeping churches closed misdiagnoses the deeper problems within society. Free assembly and the right to exercise religion is why America was founded in the first place. As Gorsuch said, this is a simple case.

Churches are essential and we need them free to open now.

Isabella Redjai is a senior at Hillsdale College, where she studies Political Economy. She is a former USA TODAY intern and lives outside Los Angeles. Follow her on Twitter: @IsabellaRedjai

This article originally appeared on USA TODAY: COVID-19: Church services are just as essential as protests

A bourbon with no alcohol? Spiritless, a female-led distillery, is launching in Louisville

Sat Aug 8 , 2020
A last minute-emergency at an event started the idea. Lauren Chitwood, Abby Ferguson and Lexie Larsen needed to find something non-alcoholic but elevated beyond water or diet soda, to supply an event their company, Olio Event Group, was hosting. They couldn’t find it.  “The writing was on the wall that consumer habits […] 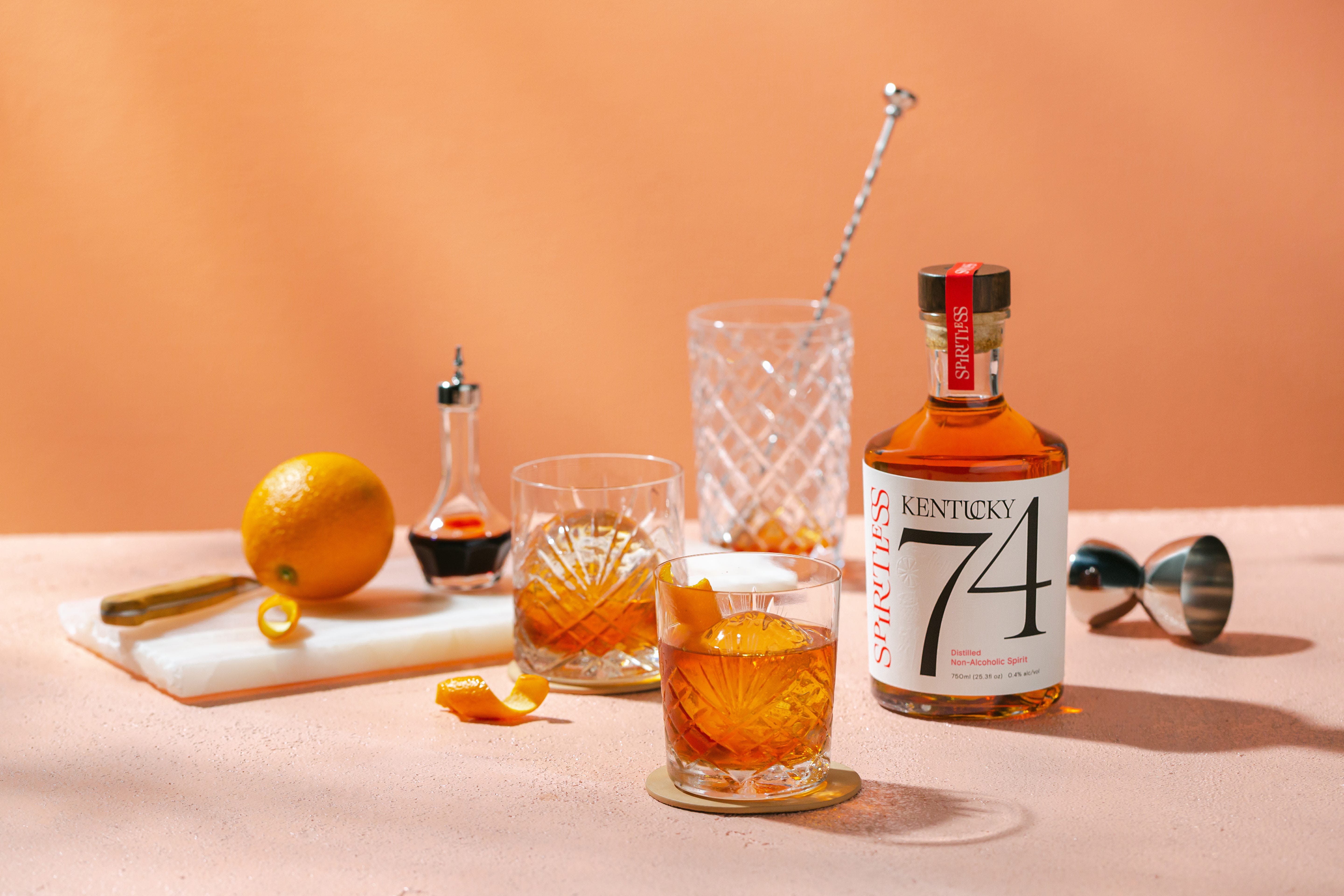