It’s a well-worn detour for college graduates — the art history major who waits tables while waiting for a “real” job at a museum, others who send out dozens of applications while in the meantime folding T-shirts at Gap or taking latte orders at Starbucks.

But the Class of 2020 is graduating into a uniquely bleak job market — in their chosen fields and even for those once reliable fallbacks. The coronavirus pandemic and the economic recession have employers across multiple industries shedding rather than adding staff.

“Nobody is hiring,” said University of Baltimore economist Richard Clinch. “Even in the Great Recession, you still had the possibility of getting a lower-skilled job. But now, retail and restaurants and entertainment are doing terribly and will continue to do terribly.”

One in five recent college graduates in their early 20s was jobless in June, according to the U.S. Bureau of Labor Statistics, compared to just 6% a year ago. Even more are considered underemployed, working at jobs that don’t require the bachelor’s degrees they just earned.

Zachary Peters, who graduated from Towson University in May, is working for a landscaping company near Westminster after multiple companies told him they’re not hiring.

The 22-year-old mass communications major, who hopes to work in marketing for a nonprofit, still hops on the LinkedIn networking site every day even as he doesn’t expect to launch his career for a while. (In a sign of the times, LinkedIn just announced it would lay off nearly 1,000 of its own employees.)

“You want to do something, and you’re gonna do whatever it takes to get that,” Peters said. “If that means I cut grass for four months, maybe have to take an internship or something like that — not a full-time position — it’s kind of what you do.”

Economists said the country’s inability to control the outbreak leaves them pessimistic about when the economy will recover. The expectations many had for a quick, V-shaped rebound have been dashed as new infections and fatalities rise in much of the country. Even Maryland, where the number of cases had been falling, now is seeing an uptick.

While Maryland is doing better than other states with bigger spikes in cases and hospitalizations, it remains hard hit economically, Clinch said. Employment in the Baltimore area is heavily reliant on health care and higher education — “meds and eds,” as it is known — and those industries are not hiring at past levels, he said.

Medical facilities are doing fewer elective procedures, Clinch said, and colleges have no idea when their campuses will be fully open. Their reduced hiring has ripple effects through the local and regional economy., he said.

“This is just disastrous for Baltimore,” Clinch said.

In the University of Baltimore’s Midtown area alone, he’s seen multiple restaurants fold in recent weeks without the campus’ support. Clinch notes one restaurant that did survive likely lost a $1,000 pizza order when the school’s Jacob France Institute, which he directs, had to hold its annual Baltimore Data Week virtually rather than on campus.

Not all students are in a bind, especially those who were able to secure jobs before the pandemic struck.

Although campus recruiting visits were canceled in the spring, much of the hiring process already had transitioned to online in recent years, Casanova said. The company brought its usual 100 summer interns on board as scheduled, he said, though they haven’t set foot in an actual T. Rowe building and are working from home.

Colleges are adapting to the new reality, shifting much of their career services online and connecting students and graduates to the jobs that are out there.

Some have mounted aggressive efforts, such as Colby College, a small liberal arts college in Maine, where officials have tapped their staff and alumni network to find jobs for any of its 500 spring graduates that haven’t found one on their own or aren’t opting to go to grad school.

At Goucher College, career center officials are still reaching out to spring graduates to help connect them to potential employees.

Among the most popular offerings are so-called “micro-internships,” which are basically freelance opportunities that allow students to assist companies with short-term projects. The projects include everything from cleaning up data-sets to writing social media posts and blogs.

“Employers might have a project to complete, and so it’s a way for a student to get connected to a real-world organization, get that real world experience and build a resume,” Logan-Bennett said.

Jobs experts say recent graduates should use this time of uncertainty making connections and positioning themselves for whenever more companies start hiring again.

“This could be a great opportunity to develop really valuable skills that serve you later,” said David Gertler, co-founder and CEO of the Baltimore-based networking app, Treble.

“Graduates are sometimes so eager to find a job now, they’re focused more on transactional relationships,” he said. “But networking is a long-term thing.

It’s a time to be flexible and not be limited by the career path you thought you were on, Casanova said.

“We all have aspirational jobs,” he said. But in this economy, job seekers should consider other jobs, too, for the experience and skills that they bring.

Naomi Parker graduated from UMBC in December with a degree in psychology and had been working at a facility for autistic children. But when the pandemic hit, she was furloughed — and suddenly had more time to think about whether the stressful and sometimes undervalued work was what she wanted as a career.

After hearing about a position at a publishing company through a friend, Parker applied and was hired by the company’s marketing department.

“I felt like I was robbing them, because they’re paying me a good amount of money,” the 22-year-old said. “And I realized … I’ve just been undervalued my whole life.”

Kyle Edwards, a Morgan State University student on track to graduate in December, would rather make his pitch for an internship in person.

“I definitely like to meet you, shake your hand,” said Edwards, 26. “So using social media platforms has definitely been more of a challenge.”

Edwards, who studies supply chain management, works nights at Sam’s Club and spends his days on sites like LinkedIn.

So far, his outreach to employers has felt like “shots in the dark,” he said, and he hasn’t gotten much response.

Shawn VanDerziel, executive director of the National Association of Colleges and Employers, advises recent graduates to take it easy on themselves for now.

“Don’t be too hard on yourself,” VanDerziel said. “The world is in a strange place. It’s not you, it’s the world we live in.”

Skills do indeed transfer across jobs, he said. Recent grads should take the time to “inventory” themselves for any additional skills they can develop, through a free online course or volunteering, that might boost their prospects when more hiring resumes.

One bright spot, VanDerziel said, is that a recent survey by the association found that less than 8% of employers who had offered jobs to college graduates before the pandemic have since rescinded them.

“Employers are in a wait-and-see mode, as opposed to a catastrophe mode,” he said.

“There is the reality of what has happened now, but there is also a hopefulness about what might happen. So companies are making shorter-term decisions.”

Elise Gould, a labor economist with the Economic Policy Institute, a Washington-based think tank, said college students have been left out much of the federal pandemic relief efforts. They had to already have been working to qualify for the extra $600 in unemployment benefits, for example, and they might not have been part of a household that received the $1,200 stimulus money.

“There could be a job-seekers’ allowance,” Gould said of a proposal that would help support graduates through unemployment. “But you would need support from both sides.”

The federal coronavirus aid package included a six-month suspension of payments on college loans, Gould said, but that expires Sept. 30.

Gould said unemployment can have what economists call a “scarring” effect on someone’s career trajectory and depressing their earning potential. And, she said, by the time employers resume hiring, there will be newer crops of graduates whom they can consider as well.

This year’s graduates, like those during the last recession, risk being “left behind,” she said.

Recent graduates say they feel caught in a netherworld, having missed out on the final months of their college life but unable to launch their next chapter.

Peters mourns the abrupt end to his last season with Towson’s club lacrosse team and his final concert with a campus choir. For the first three years, he was among the younger singers who at the last concert sang “The Road Home” by Stephen Paulus to graduating seniors, and was looking forward to hearing it sung to him.

Gabrielle Franks graduated from the University of Maryland, Baltimore County in May with a degree in music technology and thought she was well situated for a job in radio or at a concert venue.

She had interned at Sirius XM and with the marketing company for Merriweather Post Pavilion and Washington’s 9:30 Club. She had a music group of her own and had released an EP.

But the pandemic and its shutdowns stopped her in her tracks.

”The entirety of the music field, as far as career stuff, is just totally on pause,” said Franks, 21.

In the meantime, she works at Rise Up coffee shop in Annapolis, and continues to apply for internships and stay in touch with contacts she previously made.

In a way, this summer feels like the summer after she graduated from high school — ready, but stuck on hold. 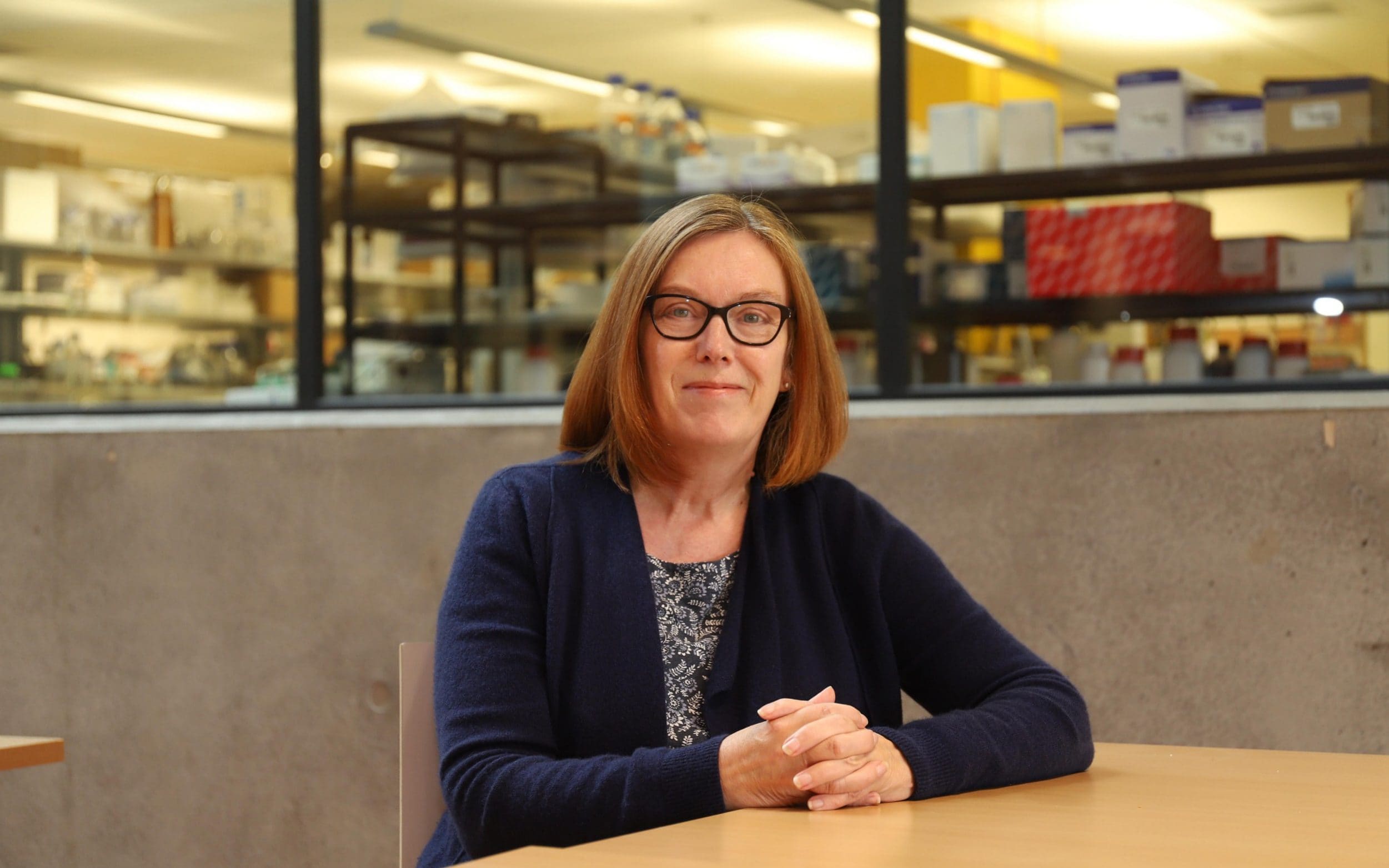