For obvious reasons, the thought of a fall college football season coming off without a hitch is a tenuous one. The number of coronavirus cases on campus is spiking with the return of (non-athlete) students, and practices throughout the country have been altered or stopped altogether because of it. We won’t completely know this unusual season is going to start until it does, we won’t know if or when it will actually finish, and in between, we don’t know how much depth chart shuffling we’ll see.

For the rest of this piece, however, we’re suspending all uncertainty. While four of the FBS’ 10 conferences, plus a few independents, have postponed their fall football seasons with the hope of starting in the winter or spring, 76 teams have committed to playing this fall — 77 if you include Air Force, with its two-game, service-academies-only schedule.

While this is destined to be the strangest season in the lifetime of anyone under 75 (respect to anyone old enough to recall the oddity of the 1945 season), it could still actually be a season. So let’s project it.

What follows are updated 2020 (or shall we say, 2020-21) SP+ ratings. They are based on the same factors as the February projections — returning production, recent history and recruiting — and they are updated for all transfers and opt-outs as of the afternoon of Aug. 31. Some notes:

Without further ado, here are the updated numbers.

Typically, SP+ and the human preseason polls tend to agree about most top teams. There are always a few Texas-like exceptions. (SP+ had the Longhorns just outside the top 30 last season despite their preseason top-10 ranking.) Among teams in the SP+ top 25, here are the biggest disagreements:

Most underrated teams, per SP+

Washington (15th in SP+, the equivalent of 33rd per the AP preseason poll). The Huskies added quarterback experience in the form of Sacramento State transfer Kevin Thomson and should again boast a top-notch defense (if they eventually have games to play, of course). They’re getting a significant “no more Chris Petersen” penalty here, and it’s up to new coach Jimmy Lake to prove that misguided.

Kentucky (22nd in SP+, the equivalent of 34th per the AP). Mark Stoops’ squad might be the most interesting and hard to evaluate this season, and for one reason: How do you account for the loss of Lynn Bowden Jr.? Bowden was maybe UK’s best quarterback, running back and wide receiver and played wildcat QB for much of last season. My returning production figures treat him as a lost quarterback only, however, and with the return of injured QB Terry Wilson and most of last season’s defense, SP+ is bullish on the Wildcats.

Miami (23rd in SP+, the equivalent of 30th per the AP). SP+ liked Miami more than its record last season — the Hurricanes suffered lots of tight, hard-to-duplicate losses — and then the Hurricanes went out and added Houston quarterback D’Eriq King and Temple defensive end Quincy Roche. If end Gregory Rousseau hadn’t opted out and gone pro, The U would have been two spots higher.

Most overrated teams, per SP+

Cincinnati (20th in the AP poll, 34th per SP+). SP+ has a bit of a blind spot with teams that suffered dramatically when a key player was out for a semi-short amount of time, and you could make the case that Cincinnati qualifies with the way it performed after QB Desmond Ridder got hurt. But it wasn’t that great an offense before, and while the defense should be dynamite, scoring could hold the Bearcats back a bit.

Oklahoma State (15th in the AP poll, 24th per SP+). The star power is obvious. The Pokes return RB Chuba Hubbard and WR Tylan Wallace, maybe the two most proven and dangerous players in the Big 12 at their respective positions. But turnover on the offensive line, plus a defense that doesn’t get massive benefit of the doubt, make Oklahoma State seem like more of a top-25 team than top-15.

LSU (seventh in the AP poll, 13th per SP+). We’ll talk about the Tigers below.

A spectacular amount of turnover in Baton Rouge

Aside from slight shifts in recruiting rankings, most of the changes between February and now happened because of either player movement — transfers, opt-outs, etc. — or the fact that I had a chance to adjust rosters for players who were injured in 2019. (If a key player misses most or all of the previous season, I’ll add his production from the season before into the blender.)

Obviously this offseason has had drastically more movement than normal, but even so, only six teams saw their SP+ ratings — which are presented as an adjusted points-per-game figure — change by more than three points up or down.

Only one went up by a good amount: Washington, which rose from 24th to 15th. This comes mostly from two players: Thomson and Ty Jones. The latter caught 31 passes for 491 yards in 2018 and missed almost all of 2019 with a wrist injury. The former threw for 3,216 yards as Sacramento State’s quarterback last season, and while I don’t give full credit for FCS stats, the Huskies now boast far more known production at the QB position.

A few went down by solid amounts because they lost their starting quarterbacks to dismissal (Florida Atlantic), transfer (New Mexico State) or academics (Air Force), while Arizona’s defense got shellacked by the transfers of linebacker Colin Schooler (to Texas Tech) and safety Scottie Young Jr. (West Virginia).

The most notable change, however, comes from the national champs. LSU had already been hit pretty hard in February, losing not only quarterback Joe Burrow but also nine NFL early entrants. But between a few transfers and three key opt-outs — receiver Ja’Marr Chase in particular, but also defensive end Neil Farrell Jr. and safety Kary Vincent Jr. — the Tigers dropped a few more points. And it was enough to drop them from sixth in February to 13th now.

When was the last time expectations were this low for a defending national champ? Has to be 2011, after Auburn lost Cam Newton, right?

The main takeaway: what C-USA lacks in quality (its average projected SP+ rating is the worst of any FBS conference), it makes up for in potential chaos. It is easily the hardest conference to project, even when you account for the fact that, in Old Dominion’s absence — the Monarchs are sitting out the fall season — some teams have only seven conference games scheduled.

Again, let’s pretend that the fall season, as scheduled, comes off with no cancellations. (Let’s also pretend that no game is deeply affected by the absence of players in quarantine, even though we just saw Central Arkansas defeat Austin Peay with help from the fact that APSU had to leave all its long-snappers at home.)

Instead of that average win total above, which can indeed be conservative and hard to crack, let’s instead play with what I’ll call a team’s marginal record. We’ll count any game with a projected margin larger than 7.5 points as a definite win or loss, and we’ll basically call anything in between a toss-up. So Arkansas, a projected underdog of at least 8.4 points in every game, is given a record of 0-10 despite its average win total of 1.5, and Notre Dame, a healthy favorite in nine games with two relative toss-ups (favored by 4.2 against North Carolina, underdog by 4.5 against Clemson), splits the toss-ups and goes 10-1.

This exercise produces a strange, fascinating College Football Playoff race if we actually get that far. Some results aren’t surprising — Clemson, Alabama and Oklahoma each have one projected toss-up and therefore get to the finish line with zero or one losses, while Notre Dame is 10-1, as mentioned earlier. But in this exercise, the only other power conference teams to finish with two or fewer losses are Georgia, Florida and North Carolina, and no one from the AAC or another Group of 5 conference goes unbeaten. (Appalachian State and UCF do get to 10-1 and 8-1, respectively, in this exercise.)

How the heck does the playoff race play out in this scenario? If Clemson, Alabama and Oklahoma all win their respective conference title games, who gets the fourth spot? A two-loss Notre Dame that just lost to Clemson in the ACC title game? A two-loss North Carolina that, in this exercise, probably lost to Notre Dame? Whichever of Georgia or Florida didn’t just lose to Alabama in the SEC championship game? An 11-1 App State or 9-1 UCF?

I guess the 8-2 Georgia-Florida loser is the default top choice, but depending on whom that other loss was to, things could get awfully weird. We’re trained to be used to zero- or one-loss contenders, with the occasional two-loss team, but there’s at least a chance we find ourselves choosing between a three-loss P5 team and a one-loss G5 this season. 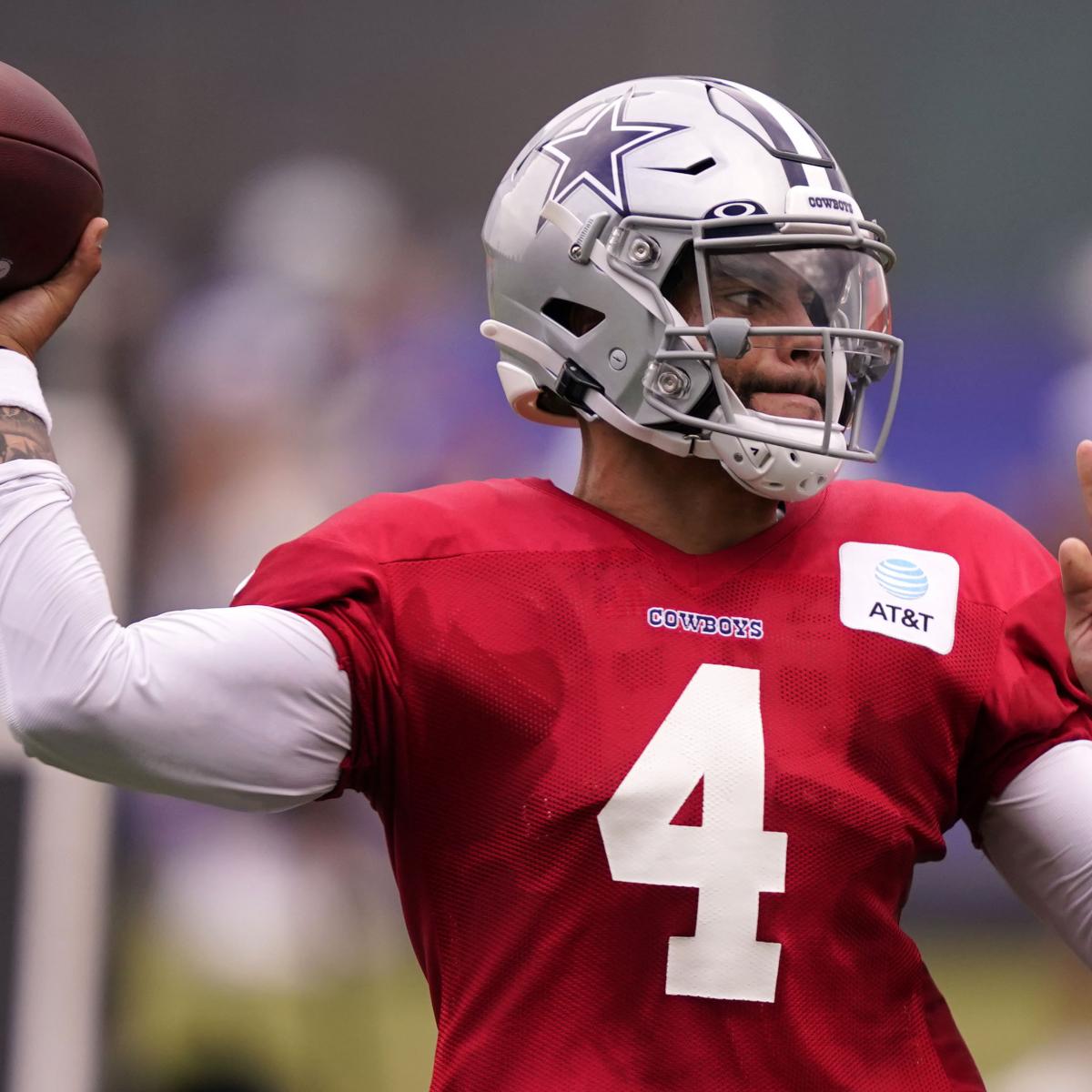