This sudden shift will be familiar to students whose spring plans were interrupted by the rapid spread of the coronavirus. Now, COVID-19 cases in much of the country are much higher than in the spring, and rising in many places.

In many cases, the colleges had released plans for socially distant in-person classes only a few weeks ago, hoping to beat the coronavirus.

“Instead,” said Robert Kelchen, a professor of higher education at Seton Hall University, “the virus beat us.”

Just as in the spring, students have been left scrambling to adjust their class schedules and living arrangements, faced with paying expensive tuition for online classes and rent for an apartment they may not need. Digital classes are still unappealing to many, and the chances of in-person instruction for next semester remain murky.

Just this week, Miami University in Ohio said all undergraduate classes would be held virtually through at least September 21. West Virginia University announced its classes would start on August 21, about a week later than originally planned, and that most upper-division courses would be taught online or through a hybrid of in-person and online courses. And George Washington University in Washington, D.C., said it was forgoing its plans for the fall semester and would hold undergraduate and most graduate classes online, joining colleges such as the California State University system and Harvard that had already made that decision.

“We know just how much many of you were looking forward to being on campus this fall, and we understand that this news is disappointing,” George Washington said in a statement.

That news would have been good to know before Arianna Miskin, a graduate student at the university studying for a master’s of public health, signed a lease in Washington. She had been living in the neighboring city of Arlington, Virginia, and wanted to move to be closer to her school and in the city.

For now, she said will remain in the city while trying to finish her coursework.

Miskin said the university has communicated well about its reactions to the pandemic, which she called a “once-in-a-lifetime event.” But she wishes the administration acted earlier in the summer.

“We weren’t asked until June whether we preferred online or hybrid-on-campus,” with some classes online and some in-person, she said. “The semester starts in a month. They moved too late.”

More universities are likely to follow suit if COVID-19 cases continue to rise.

The Chronicle of Higher Education has been tracking the plans for roughly 1,260 colleges throughout the summer. Earlier this year, nearly two-thirds of institutions had planned on in-person instruction. As of Tuesday, about 49% said they were on that track. About a third were planning for a semester that would include a mix of online and in-person classes, while 13% were planning for online instruction.

Some colleges, such as the University of California at Berkeley, have put off an official decision, saying they’ll start the semester remotely with a chance of some in-person instruction later into the semester.

Kelchen expects more schools to announce changes to the fall semester in the next week or so. Colleges have waited to cancel in-person classes in hopes that public health would improve. A huge motivator: Colleges need students on campus to bring in tuition and room-and-board money, and to help at-risk students persist toward their degrees. Plus, many are worried about a backlash from students, lawmakers or the public, with pressure ranging from the White House to some state governments for education institutions to reopen fully.

Administrators now have weeks left before the fall semester and little expectation that anything substantial will change, Kelchen said.

One looming alternative: Colleges could reopen their campuses and bring in students from across the country, then have to send students home after a few weeks because of an outbreak.

After all, Kelchen said: “Major League Baseball’s spending incredible amounts of money on testing and safety for players in their state,” he said. “Their season is on the brink after three games.”

Even if campuses reopen, ‘anything is possible’

In deciding whether to reopen, colleges must consider more than just their local COVID-19 case rate. Many of their students come from across the country. So while the college’s city or state might be seeing flat or dropping case rates, administrators must weigh the country’s rising caseload as a whole.

Some institutions, such as Ithaca College, will prohibit students who live in states on the New York mandatory quarantine list from attending class in person during the fall semester. Others say they will require some students to spend two weeks in quarantine before starting classes.

That raises the question of who should be required to quarantine, said Gerri Taylor, co-chair of the American College Health Association’s COVID-19 task force. Should institutions require only out-of-state students to quarantine? Should that rule also apply to international students?

Bringing students back to campus also introduces questions about coronavirus testing – and few universities have a comprehensive or affordable solution.

Plus, testing addresses a limited time frame. A person might test negative, but they could be positive three days later, Taylor said.  “Who wants to go and get tested every couple of days or even once a week?” Taylor said. “I think that would be a difficult sell for college students.”

Still, the most certain aspect of the fall will be a constant presence of uncertainty. Colleges that are reopening must plan for if and when to move courses online, looking at the number of COVID-19 cases in the community and the number on campus, among students but also faculty and staff.

“Anything is possible,” Taylor said. “I think families also have to have contingency plans.”

In-person classes – during a pandemic?

Dickinson College, a private liberal arts college in Carlisle, Pennsylvania, was one of earlier universities to announce plans to forgo an in-person fall semester in favor of a digital one. That was after it told students in June that officials hoped to offer face-to-face classes.

Around that time, said the college’s president, Margee Ensign, the window for testing results in that region was about two days. But as the summer deepened, the wait for test results grew longer, she said, and college officials couldn’t find someone who could offer results more quickly. She said the state’s rollout of contact tracing was inadequate, and there was little federal guidance.

By July 15, the college had made the decision to move to remote instruction for students.

Of course, students were disappointed, Ensign said, and the move may lead to financial or recruitment concerns down the line. But, she added, people have framed the decision as though it was online courses versus traditional in-person classes.

“Really, it’s remote versus in-person in a pandemic,” Ensign said. “We came to the conclusion that the fully remote, we could make that a better experience, actually, because faculty now have extra time to prepare for that.”

Dickinson obviously isn’t charging room and board for students who aren’t living on campus, and it’s waiving a 4% tuition increase and its student activity fees. Other colleges, such as George Washington, are offering a tuition discount. (GWU’s is 10% for undergraduates who live off campus.)

That may not be enough for some students, who feel the tuition goes toward in-person instruction plus the college’s social experience.

But colleges say it’s not actually cheaper to provide digital instruction if faculty salaries remain the same. Plus, they’re losing revenue from housing and dining plans.

The bottom line: College students are frustrated, no matter what option their university is currently taking.

Some students at institutions such as the University of Pittsburgh are pushing their universities to move instruction online. And students at Kansas State University are frustrated that their college changed their in-person course to online instruction, then charged a special fee for digital courses.

Hey @KState I see the $210 fee you added to my account for an online course. Do you think a 22.4% up charge is fair when you changed the course format after I enrolled?

Others, like Hannah Landry, a sophomore at Texas A&M University, are grappling over where they should live. Most of her classes are being offered online. To help make her decision, she ran a Twitter poll.

She thought her peers would overwhelmingly tell her to go back to campus. Instead, she found some had encouraged her to stay with family in west Texas, where COVID-19 rates are low, because she could save money and avoid exposure to coronavirus.

The college is still offering some in-person courses, she said, but she is worried about moving back to College Station in the fall when thousands of her peers might be doing the same thing.

She said she also wants to see her family multiple times during the semester, but some of them are older and at higher risk for coronavirus. And when it comes down to it, she is not just not sure who she can trust.

“I just don’t think us kids are self-disciplined enough to not go out in public and be with people,” she said. “I just think the numbers are going to skyrocket.”

The moment of reckoning for the Facebook advertiser boycott

Wed Jul 29 , 2020
The widely publicized advertiser boycott against Facebook has less than a week to show it has become a global coalition solid enough, and strong enough, to take on the social media giant. Civil rights groups persuaded more than 1,100 companies and organizations from the U.S. to Germany to Australia to […] 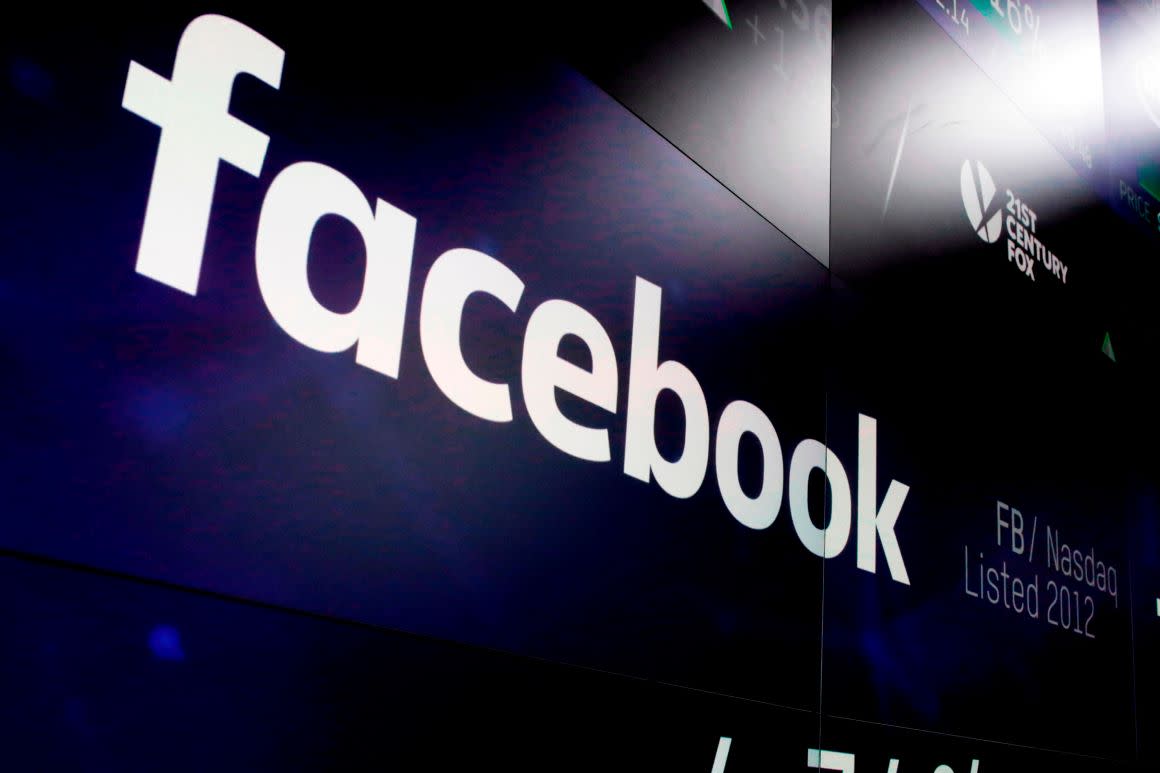