Even with a fresh victory on behalf of international students, U.S. universities fear they’re losing a broader fight over the nation’s reputation as a place that embraces and fosters the world’s best scholars.

University leaders see it as a steady erosion. They say the Trump administration’s repeated attempts to curb immigration have sent students a message that they aren’t welcome in the United States. Colleges say foreign students are listening: Since President Donald Trump was elected in 2016, the number of new international students coming to the U.S. has fallen by 10% after years of growth.

Already, there’s concern that the coronavirus pandemic and a slowdown of visa processing could prevent thousands of students from returning this fall. Foreign students now face even more uncertainty after seeing how quickly policies can change, and on nothing more than a political whim, said Kim Wilcox, chancellor of the University of California, Riverside.

“Higher education in the United States is still seen as the gold standard around the globe, but access to it comes with all kinds of risks,” Wilcox said. “There’s a growing sense that we’re just not a welcoming place.”

Trump’s latest policy would have forced international students in the U.S. to transfer or leave the country if their schools held classes entirely online because of the pandemic. Even those at universities offering a mix of online and in-person classes would have been forbidden from taking all their classes online.

More than 200 colleges signed legal briefs supporting a federal lawsuit by Harvard University and the Massachusetts Institute of Technology. Seven other suits followed as colleges and states challenged the guidance. Called to court to defend the guidance, federal officials revoked it instead.

It was widely seen as part of Trump’s recent campaign to pressure the nation’s schools and colleges to reopen this fall, even as the coronavirus continues to surge.

But even in defeat, the policy fed a narrative that American universities are no longer the welcoming places they once were, said Denis Wirtz, vice provost for research at Johns Hopkins University. It comes as schools in Canada, Australia and other nations push to attract more international scholars. Over time, Wirtz said, those countries may win the world’s top talent.

It’s painful for Wirtz to see. He came to the U.S. from Belgium in 1988 and recalls how warmly he was welcomed. Now, he warns prospective students and researchers that, beyond campus borders, there’s growing hostility toward immigrants.

“All those great scholars, wherever they are, India, China, Europe, may now elect to go elsewhere or simply to stay home,” he said. “We will see its effect four, five years from now. It’s not falling off a cliff, but over time you have this creep down the slope toward mediocrity.”

The concern is shared by leaders at other elite research universities. Only hours after the administration retreated from its policy, MIT’s president published an op-ed warning that other countries “are working hard to attract students who have soured on the United States because of growing anti-immigrant hostility or bureaucratic roadblocks.”

“Our competitors openly envy our capacity to welcome and adopt talent from everywhere. I fear lately that we will recognize this strategic U.S. strength only once it is lost,” L. Rafael Reif wrote.

There’s also a looming fear that the administration will return with a revised rule, as it did after a 2017 travel ban faced legal challenges. Hoping to ease nerves, dozens of colleges have issued statements pledging to support their international students, and many say they’re prepared to return to court if needed.

Daniel Diermeier, chancellor of Vanderbilt University, said it isn’t too late to repair the damage. America’s higher education system is still viewed as the best in the world, he said, but that could change .

U.S. colleges already were bracing for sharp decreases in the number of students coming from abroad. It’s still to be seen how many will arrive this fall, but it’s expected to be far below the nearly 1.1 million who came last year. The decline could devastate budgets at colleges that rely on tuition from foreign students, who typically pay higher rates.

But the impact extends far beyond budgets, Diermeier said. International students account for a major share of the nation’s research force, he said, especially in science and engineering fields that attract fewer Americans. They make significant contributions to the economy, and without them it would suffer, he said.

College leaders called the latest legal battle a significant victory that showed their power when they unite. But they already see other skirmishes on the horizon. The administration has signaled that it wants to limit a program that lets foreign students work up to one year during college or after graduation, or up to three years for those in science and technology fields. Colleges have also opposed Trump’s recent suspension of new H-1B work visas, which many international students use to find work after graduation.

Helping lead the fight for universities is the Presidents’ Alliance on Higher Education and Immigration, a group of college leaders that formed in 2017 to advocate on immigration issues. It helped orchestrate colleges’ recent legal campaign, and it says it’s ready to stand up for international students again.

“This was not a blip,” said Miriam Feldblum, the organization’s executive director. “We have to continue to monitor this closely, we have to be prepared to act, and we have to be creative when we act.”

The defeat of the latest policy was a relief to Áron Ricardo Perez-Lopez of Hungary, who’s studying computer science at MIT. But the episode added to a growing feeling of uncertainty about his place here, and it gives him pause as he starts applying to doctorate programs. Until recently, he was confident he wanted to continue his education in the U.S. Now he isn’t so sure.

“I’m also exploring options abroad now, because you never know what’s going to happen,” he said. “I don’t want to be worried about this for another five years.”

Sun Jul 19 , 2020
Ford CEO Jim Hackett speaks at the Detroit Economic Club at Ford Field on April 9, 2019 in Detroit, Michigan. Bill Pugliano/Getty Images Ford CEO Jim Hackett has faced steady criticism since he took over at the automaker in 2017. Hackett is a staunch proponent of “design thinking,” and the […] 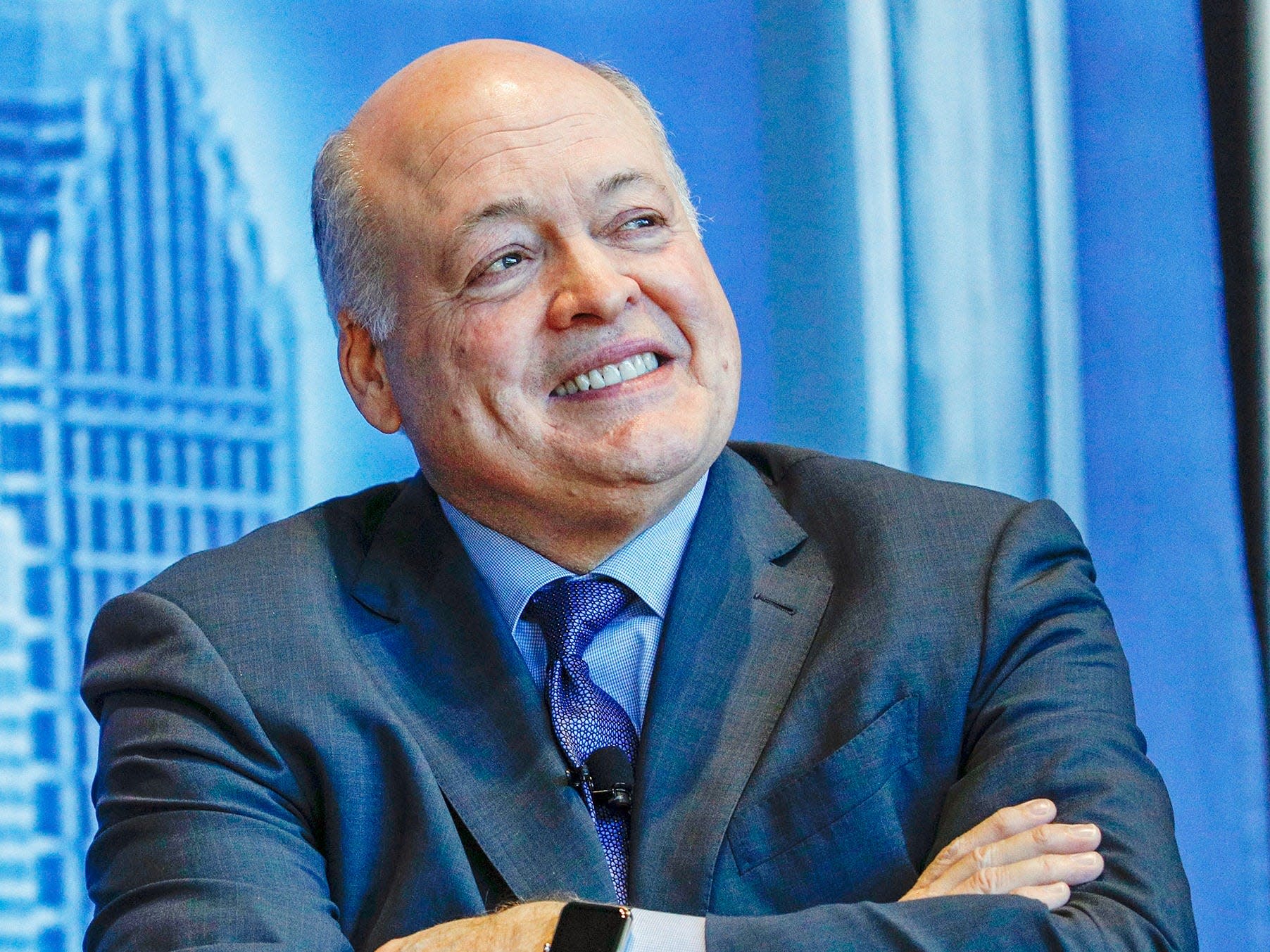