For the past three-and-a-half years, the Trump administration has attempted to make life impossible for immigrants living in the United States, while simultaneously making it harder for people to seek refuge here. It has implemented truly extreme anti-immigrant policies including the Muslim Ban, the detention of children in cages, an increase in funding for immigration enforcement and ICE raids, the termination of the Deferred Action for Childhood Arrivals (DACA) and Temporary Protected Status (TPS) programs, and an enforcement of the Public Charge Rule.

On June 18, 2020, the Supreme Court ruled against President Trump’s racist decision to end DACA. After massive backlash, the White House was also forced to halt its efforts to deport foreigners with student visas if their university was offering only online classes. Despite Trump’s attacks on DACA since the Supreme Court ruling, immigrant youth are here to stay.

But the fight continues. Immigrants and people of color are not only under attack by this administration, but we’re also among the hardest hit by COVID-19. A report by The New York Times found that Latinx and Black people are three times as likely to become infected with COVID-19, and nearly twice as likely to die from the virus as white people. Women of color are also experiencing some of the highest unemployment rates—in April 2020, 20 percent of Latinx women and 16 percent for Black women were without a job, compared to 14.7 percent for the general population. COVID-19 is magnifying the long-standing health and economic disparities that put us at risk.

Through it all, immigrant women and our families continue to serve on the frontlines of this crisis, risking our lives to make ends meet and keep us all safe. Immigrants make up about 16.5 percent of all healthcare workers in the U.S., and 1 in 8 registered nurses is an immigrant woman. One in 5 food sector workers is also an immigrant, keeping us fed but dying without proper protective gear. Then there are the more than two million domestic workers, the majority of whom are women of color and immigrants, facing severe financial and health uncertainties with scant protections.

One domestic worker confronting this crisis is Magdalena, an undocumented mother of three. Magdalena has lived in the U.S. for more than 20 years; she currently resides in Northern California with her husband and three U.S. citizen children. She and her husband make a living doing yard work and cleaning homes. Since the start of this pandemic, like many undocumented families, their income was cut in half.

Magdalena’s family doesn’t know when or if they will have a regular income again, and they’ve been trying to limit the amount they spend to reduce their bills. Magdalena has expressed concerns that immigrants have been left out of coronavirus relief plans, like the CARES Act that President Trump signed into law late March.

“Families like mine aren’t receiving assistance from the federal government,” she says. “Because I’m undocumented, my U.S. citizen children aren’t even eligible for aid. That’s wrong.”

Like Magdalena, Karen R. and her mother are facing financial disaster. Karen works as a special education kindergarten teacher for deaf and hard of hearing children in Austin, Texas. She is one of the almost 15,000 teachers and more than 200,000 essential workers who are DACA recipients.

On top of the pandemic, immigrants—undocumented and documented—face the burden of government attacks, barriers to receiving stimulus money, and an unequal health system. There is no relief in site. More than 10 weeks ago, the House passed the HEROES Act, which, if signed into law, would provide all immigrants, regardless of immigration status, direct assistance and relief from the hardships of the pandemic, including access to free testing and treatment, previous and any additional stimulus checks, and extended work permits for DACA recipients and TPS holders.

The Republican-led Senate has not brought the HEROES Act to the floor for a vote. Instead, they released their own plan last week. Rather than prioritizing relief for hard-working families, the HEALS Act doubles down on excluding immigrants, including the U.S. citizen children of undocumented people. At the same time, it slashes unemployment insurance, fails to extend eviction protections, fails to implement worker safety provisions, fails to provide funding for safe elections, and fails to adequately fund healthcare. Senate Republicans have prioritized giving $1.6 billion to Customs and Border Protection (CBP) so their agents can reign terror on immigrants and protestors alike. It also makes sure corporations can’t be held accountable when their negligence costs workers their lives.

The HEROES Act is a good first step for immigrants like Karen and her mom and Madgalena, but we’ll need more as we enter month six of the pandemic. The American public must reject the Senate’s cruel proposal and demand that Congress put people over profits—no exceptions. We need a bill that provides relief for all of us, immigrants included; one that includes healthcare, unemployment insurance, housing protections, direct assistance, and workplace protections.

We can get through this crisis if we pull together and support each other. Immigrants are risking their lives to keep their families fed and our communities moving forward. It’s time for the federal government to have our backs.

What we know about the massive explosion in Beirut that killed at least 135, injured thousands

Wed Aug 5 , 2020
Residents of Beirut are surveying the damage Wednesday after a massive explosion rocked the Lebanese capital, killing at least 135 people, wounding thousands and causing widespread damage.  Videos shared online showed a dark cloud rising from the port, what normally might be expected from an industrial-area fire, followed by an explosion creating a massive white cloud […] 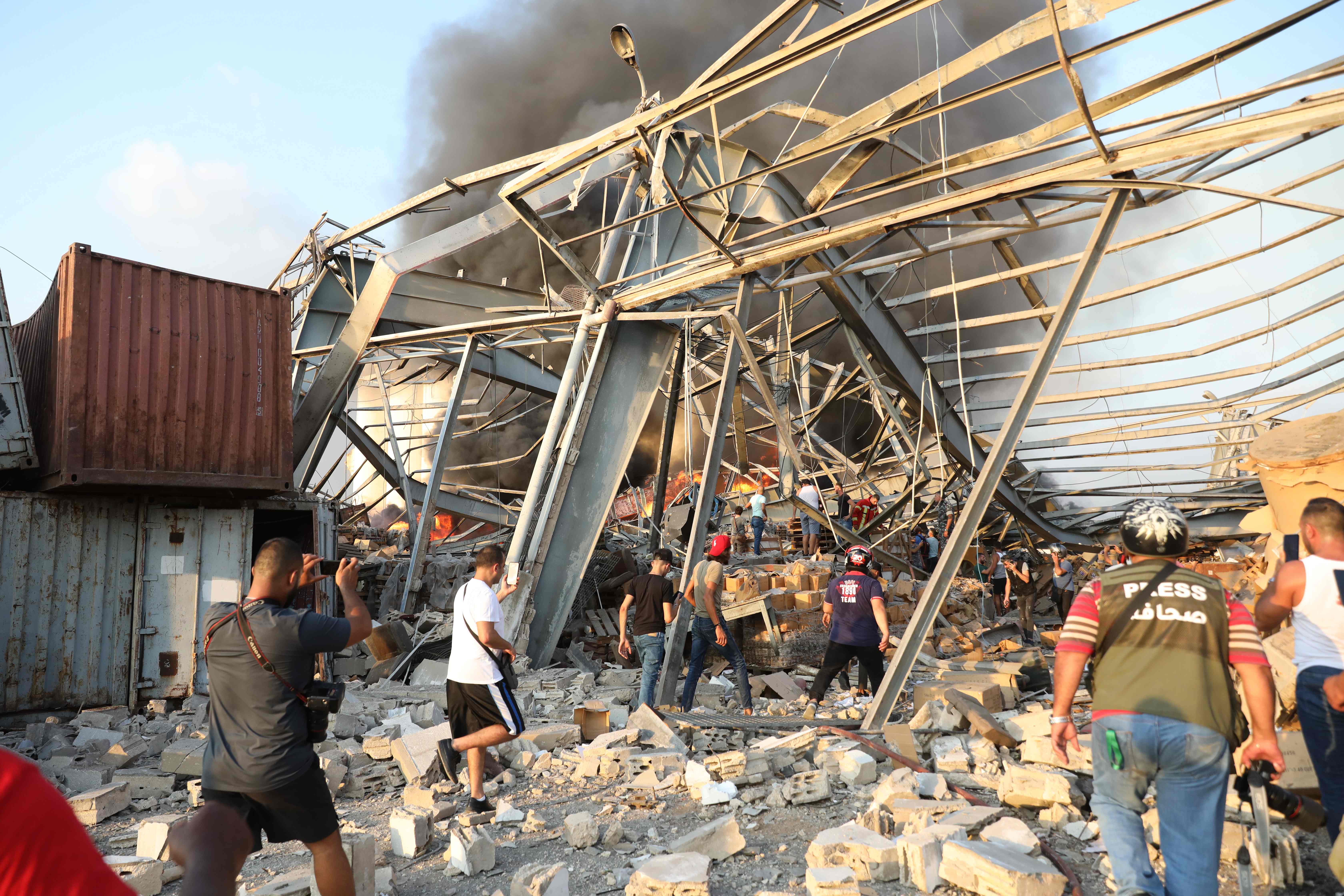