Dave Franco has long struggled against being labeled the “kid brother” type, from the time he was an unknown growing up in Palo Alto, Calif.

“My first job was at a mom-and-pop video store when I was 14, and I’ve always looked young for my age,” says Franco. “People would come in wondering why this 9-year-old-looking boy was renting them ‘Silence of the Lambs’ and ‘Basic Instinct.’”

Deceptive looks aside, he still was not of legal age to work. “They paid me by allowing me to take home as many movies as I wanted. That became my film school,” he says.

That early training, along with some 13 years of professional acting, finally brings Franco to his lifelong dream of the director’s chair for “The Rental,” an IFC Films title that, when it hits on July 24, will represent one of the few summer theatrical releases amid the coronavirus pandemic. It’s a moment 20 years in the making, some of Franco’s lifelong colleagues tell Variety, one that he has achieved through relentless curiosity on the job. Much of his experience was earned alongside his brother James, whose career has stalled amid sexual harassment allegations from former students, which the older Franco denies.

Known affectionately as Davey to friends and family, Dave Franco has been no one’s little brother for quite some time, and this breakout as director is the next phase of the evolution. Franco has delivered breakout comedic performances in films like Nicholas Stoller’s “Neighbors” and empathetic dramatic turns in work like Barry Jenkins’ “If Beale Street Could Talk” and “The Disaster Artist,” directed by James. He’s also quick to remind that he began his career as a creator in the digital space; he wrote, directed and edited comedy shorts in the early days of Funny or Die while he was studying at the University of Southern California.

“I felt like I could take huge risks because the worst thing that could happen is that no one would watch them,” Franco says. “But because I was taking big swings and making unique choices, I started to gain a bit of a following. Over time, I realized that my videos that went viral had more viewers than the indies I was acting in. That was gratifying, and made me want to take the next step into writing and directing a feature.”

His entry into directing arrived with the help of Joe Swanberg, the longtime indie filmmaker who cast Franco on his Netflix original series “Easy” in 2016. On that set, the two discovered similar artistic sensibilities and a love of horror movies.

Together they wrote “The Rental,” which follows startup executives Mina and Charlie (Sheila Vand and Dan Stevens), who escape the city for an idyllic mountain retreat with their respective partners, Josh and Michelle (Jeremy Allen White and Alison Brie). The dynamics are complicated, as Josh is also Charlie’s younger brother. Neither significant other in the equation is exactly comfortable with the intellectual sparks that fly between Mina and Charlie, who have just secured a major investment in their company and will only be working longer and closer in the days ahead.

A reprieve seemingly comes in the form of the rental house — all picture windows, frothy hot tubs and fecund luxury. But tensions rise immediately when Mina, of Iranian descent, questions why she was rejected in applying for the place on a home-sharing app, while white male business partner Charlie was accepted only moments later. After checking in with the property’s groundskeeper, a gruff local who hurls microaggressions at Mina, it becomes clear she was racially profiled. This affront becomes the least of the foursome’s problems, as old secrets and new betrayals are revealed while a much more insidious force awaits outside the house.

“Joe’s main strengths lay in character and relationships, so our intention from the beginning was to create a tense relationship drama where the interpersonal issues between the characters are just as thrilling as the fact that there’s a psycho killer lurking in the shadows,” Franco says of his collaboration with Swanberg.

The writing team initially sought other directors and pegged Franco to star, but those plans were jettisoned when Franco “realized that I knew the story and these characters more intimately than anyone.” Prolific indie producer Black Bear Pictures financed the modestly budgeted project, and Endeavor Content sold worldwide rights out of this year’s Berlin Film Festival.

“He has always been outwardly inquisitive about the process, in a way that I’ve grown to recognize is only common among people who themselves want to one day make things,” says Seth Rogen, who has seen Franco through projects like the “Neighbors” films and “The Disaster Artist.”

Rogen says plenty of actors ask questions, but Franco “always seemed to be trying to gain understanding of what was happening as a producer, director, writer. He was always talking to cinematographers. He’s always had this trait, and he finally decided he was ready. No one decides but you.”

Franco cites previous employers like Jenkins, Noah Baumbach and Phil Lord and Chris Miller as very influential on his process. Working alongside Rogen also had an impact.

“I think I took the most from Seth and his team,” Franco says. “They create such a comfortable environment where they encourage every crew member to speak up if they have an idea that they think will improve the film. The main rule is, the best idea wins, no matter who it’s coming from … as opposed to some directors who run their set like a dictator and let their ego get in the way of healthy collaboration.”

The concept for “The Rental” was born from discussions between Swanberg and Franco about voyeurism and privacy, especially in the context of the sharing economy, where apps like Airbnb threaten to destroy the hospitality industry by offering consumers the comfort of the homes of others.

“A big part of the inspiration [for the movie] is my own paranoia about that concept, especially as the country is as divided as it’s ever been and no one trusts each other,” Franco says. “Yet we trust staying in the home of a stranger simply because of a few positive reviews online?”

To create the film’s ominous but placid look, Franco landed Christian Sprenger, director of photography for TV series “Atlanta.” He also leaned on producer Sean Durkin, the acclaimed filmmaker behind “Martha Marcy May Marlene,” to craft a tense genre thriller that didn’t use the expected tricks.

“He was a mentor to me throughout the process, and I trusted his taste inherently,” Franco says of Durkin. “He gave me the confidence to make a horror film that doesn’t rely on jump scares. Instead I looked at what he did with ‘Martha,’ where he set a very specific tone with his music and visuals. As an audience member, you believed something scary could happen at any moment even when there’s nothing overtly creepy on-screen. Our movie really takes its time to draw you in, and when it finally takes its punches, they land really hard.”

Another shoulder to lean on was that of Brie, his wife. While some Hollywood couples shy away from working together, Franco says casting the “GLOW” star helped pull him out of his insecurities. “She’s a unique actor in the way that she’s able to balance heavy drama with moments of levity,” Franco says, “and it was just so comforting for me to have her there through the process. As a first-time director, there were moments where I would get in my head and start to doubt myself. It was invaluable to have her there to build me up when I needed to be, and to remind me that we were doing good work.”

Brie has starred opposite Franco twice, both times as a romantic interest, in the period comedy “The Little Hours” and “The Disaster Artist.” She describes him as an actor willing to go above and beyond, whether asking to sit in the writers’ room, observe in the edit bay or participate in marketing meetings with a distributor.

“To me, that’s admirable,” Brie says. “I love acting, and throwing yourself into a role on set is one thing. I would consider these other things really far out of my control. I think Dave has such a perfectionist nature. I’ve worked with actors who are happy to come up with problems on set without offering ways to solve them. Dave is the opposite.”

The couple also indulged in some off-the-clock research. At various points throughout “The Rental,” the characters experiment with Molly (the ubiquitous music festival drug MDMA). “We realized that we hadn’t done Molly since the night that we met 8 years ago,” says Brie. “He said, ‘You should probably test it out again.’ We did a little experiment, taking notes and videos in preparation. If there’s a DVD, it’ll be in special features. We sent them to the other actors, who were like, ‘We’ve done this drug before. We don’t need these videos.””

While “The Rental” came to fruition first, Franco has had numerous projects in development to produce and potentially direct, some of which include James as a collaborator.

“My brother and I have been telling stories together since we were little kids. We made ‘The Disaster Artist,’ and it was one of the most rewarding creative experiences I’ve had. I hope we do get a chance to collaborate again in the future,” Dave says. “I personally have a bunch of projects in different stages, some of which have been in development for years, and my brother has had a hand in those, and some that I’m doing on my own.”

It’s unclear how James might attach himself. Dave Franco declined to comment further on the accusations and subsequent civil actions against his brother.

The brothers produced this year’s buzzy Sundance release “Zola,” though James removed his producing credit so that the ongoing civil suit tied to the misconduct allegations (as previously reported by Variety) wouldn’t distract from its release.

Immediately on Dave Franco’s plate is an untitled romantic comedy script he wrote with Brie in quarantine, for him to direct and her to star. “It’s a genre that we both love, but when we looked at the landscape of rom-coms over the past decade, it feels like the bar is set really low,” he says. “There’s a trend where rom-coms have an overly bright aesthetic and the concepts are really silly and the acting isn’t grounded. We looked back on classics like ‘When Harry Met Sally,’ ‘Sleepless in Seattle,’ ‘Pretty Woman.’ When you look at those films, you remember how grounded they are and how great the acting is.”

The project was written in a home the two own — but Franco remains open to vacation rentals. “I still use home-sharing,” he allows. “I was staying in one while filming [‘The Rental’].”

But he acknowledges that in his mind, the risk is growing.

“My paranoia has reached a new peak since we wrapped,” Franco says. “I’m not wondering if there are cameras in the house. I know there are, and I’m trying to find them.” 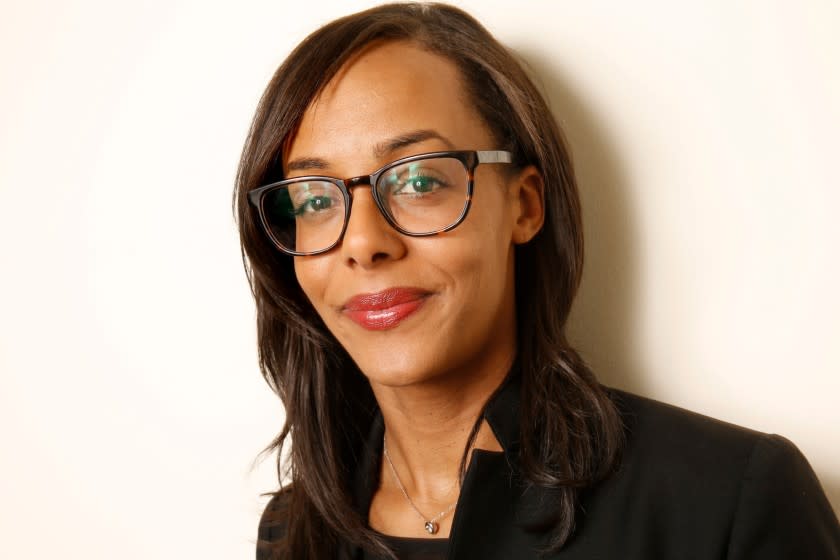