Alternatively, he could have decided weeks, if not months ago to start the school year completely remote and announced that the city would gradually move toward in-person learning if conditions allowed for it. But the mayor chose neither of those paths. He set deadlines that he refused to put in […]

Alternatively, he could have decided weeks, if not months ago to start the school year completely remote and announced that the city would gradually move toward in-person learning if conditions allowed for it.

But the mayor chose neither of those paths. He set deadlines that he refused to put in the work to meet, sowing chaos and ongoing frustration for families and teachers alike. How on Earth did he not foresee a staffing shortage? De Blasio has failed our kids and is teaching them a lesson about political leadership that I hope they never forget.

Our children have endured six months of hardship and fear and Zoom calls and canceled plans, and far too many have lost loved ones to this virus. The start of school, though, was a bright spot on the horizon for my family and so many others.

But even as I told my children that September 10 (the first first day of school) was right around the corner, I tried to manage expectations. As many New Yorkers have discovered since the start of the pandemic, our mayor has not demonstrated the ability to manage large-scale operations or the energy to get things done. To put it bluntly, de Blasio doesn’t know how to lead New York City. Even worse, he doesn’t seem to care. At his news conference on Thursday, he did not apologize for the delay and asserted, oddly and insensitively, that because most public-school parents are low-income and live outside of Manhattan, they “understand the realities of life” and are “not shocked when something this difficult has to be adjusted from time to time.”

Until last year, I was a political reporter at NY1, a local TV news station. I’ve known de Blasio since I first moved to New York in 2007 and he was a Brooklyn city councilman. I covered his long-shot campaign for City Hall in 2013 when he shocked the political establishment, coming from far behind in a crowded Democratic primary to win the general election easily.

Alexander Nazaryan: The mayor who can’t rise to the occasion

It didn’t seem obvious to me in the early years of his administration that we’d end up where we are today. In fact, the mayor’s initial focus was on helping parents and children, as he came into office with one big ambitious idea that he immediately executed: creating universal public prekindergarten across the city. The program was widely considered a great achievement; for my family and so many others, it meant children could get an early start on their education and parents could save money they would have otherwise spent on child care. It was one of the few local programs that I felt very tangibly made my life easier as a working parent raising children in the city.

Yet de Blasio largely lost steam after he got pre-K done. And then he got distracted. He’d get driven most mornings from Gracie Mansion on the Upper East Side to his old gym in Park Slope, Brooklyn, where he’d have a leisurely workout before heading into City Hall at 10:30 or later. He decided he wanted to run for president last year and set off for South Carolina and New Hampshire and Nevada, often drawing only a handful of curious Democrats to his events, giving them his time and full attention—a striking contrast to how he dealt with constituents back home. At one point, two public-housing residents flew to Iowa to confront the mayor outside a campaign stop in Sioux City. They knew the best way to reach the mayor of New York was to go to Iowa.

Sun Sep 20 , 2020
Getting off to a strong start on their own field has become the norm for the Florida State Seminoles. The squad has posted a 30-9 all-time record when opening a season at home, including an 18-3 mark since 1975. The Seminoles will look to improve upon those numbers when they […] 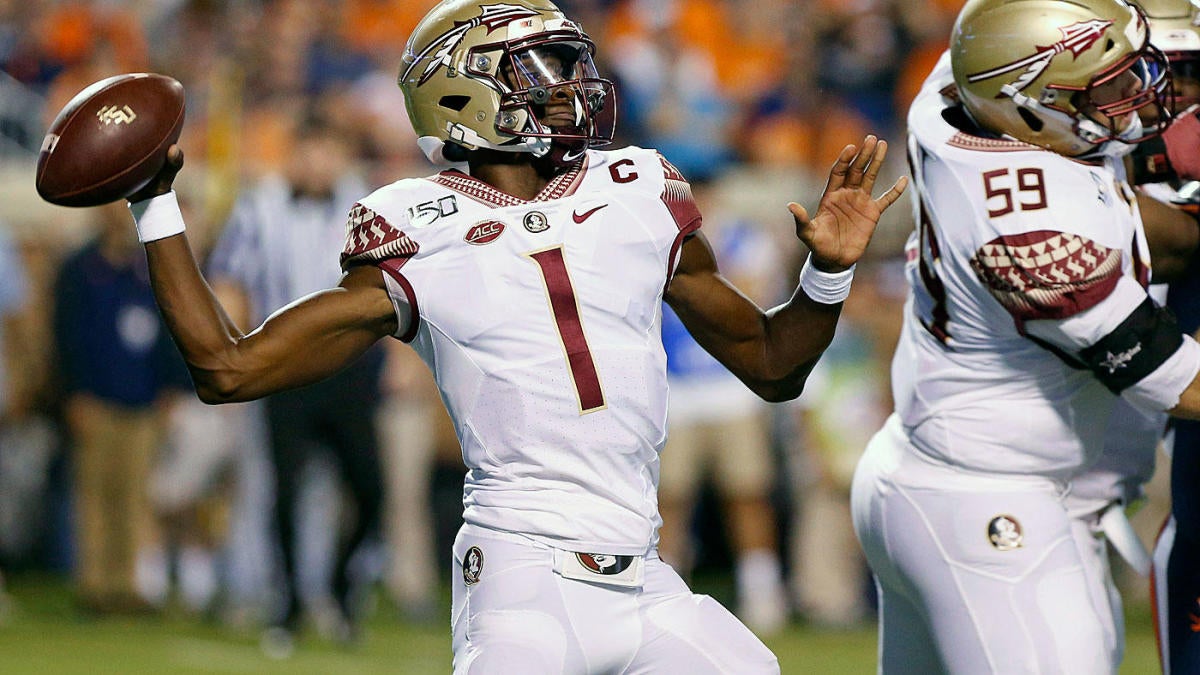