NEW DELHI (AP) — The entertainment capital of India may be reeling under the coronavirus onslaught, but its celebrity inhabitants are being roiled by troubles of another kind.

The suicide last month of a young and popular movie actor in Mumbai has fueled a reckoning over the privileges of the Bollywood elite, laying bare the simmering fault lines between the haves and have-nots of the Hindi-language movie industry.

“Dil Bechara,” or “Helpless Heart,” Sushant Singh Rajput’s final movie, was released Friday on the Disney+ Hotstar streaming platform, six weeks after the 34-year-old was found dead in his apartment.

Directed by Mukesh Chhabra, the film is a Hindi-language remake of the teen romance “The Fault in Our Stars,” based on John Green’s bestseller that was adapted into a 2014 Hollywood movie.

“We are going to love and celebrate you my friend. I can visualise you with your beautiful smile blessing us from up above,” Chhabra tweeted last month.

Never has the release of a Bollywood movie been so steeped in tragedy, and so surrounded by grief.

“Watching him, it is hard to believe he was hiding so much pain beneath that lovable smile. Just hope the truth comes out,” said Travel writer and author Shubhra Krishan.

Mumbai police are still investigating the circumstances of Rajput’s June 14 death, which they have ruled a suicide. A rancorous debate around what pushed him to take his life has a bevy of angry actors and filmmakers facing off on social media. In the mix are allegations of nepotism against family-run production studios, easy movie debuts for star kids and denial of equal opportunity to talented “outsiders.”

Rajput, an engineering student who grew up in the northern state of Bihar, was the quintessential outsider who managed to force open the doors of Bollywood to craft a brief but successful acting career. Replying to an Instagram post last year, he asked his fans to watch his films because he needed their help to “survive in Bollywood.”

National Film Award-winning actress Kangana Ranaut, in widely shared social media posts, has accused the powerful Bollywood studio owners, influential filmmakers and movie critics of pushing Rajput over the edge by their alleged lack of support for the actor.

“Movie mafia not only banned him, but I can tell you how his mind was systematically dismantled, bit by bit,” Ranaut said in a widely viewed Instagram video.

Many others have vented their anger online, demanding a federal inquiry into Rajput’s death. The frenzied discourse has brought into the spotlight the entrenched inequality in the power structure and culture of one of India’s most hallowed institutions.

Mumbai is the city of dreams for millions of aspiring actors, but not many make it big in Bollywood. After endless auditions, most dreamers crash-land into the overflowing, super-competitive pool of talent and settle for whatever comes their way.

But things have begun to change in the last decade. Not all big-budget movies featuring established actors have made money. New-age Bollywood filmmakers have begun to find funding to tell stories of contemporary India with both commercial success and critical acclaim using actors scouted from small towns — far away from mainstream Bollywood’s dazzling glamour and mega superstars .

For many, the desire to be part of and seek validation from the exclusive club of Bollywood elite who control the mainstream movie business remains strong.

“We don’t need your films, but why don’t you acknowledge what we do?” Ranaut said in her Instagram video.

At the heart of this bitter debate lie money and profits, the fuel that drives movie-making machines everywhere in the world.

“Everything depends on what the audience wants, who they are willing to pay to see on screen,” said film director Sonam Nair. “The studios, as well as the independent producers, they all just want to get people in the seats at the end of the day.”

“In Hollywood too we see actors attaching themselves to blockbuster franchises made by the bigger studios, so they can reach a much larger audience than they would otherwise,” she said. “It’s about the films’ commerce and reach, and not personal preferences or agenda.”

Many filmmakers say the polarized conversation in the wake of Rajput’s death has eclipsed the real pressures actors face in trying to survive in the cutthroat movie business.

“The focus needs to be on talking about mental health, instead of this blame game that has started,” Nair said.

“In such a vitiated atmosphere, it’s impossible for me to see Dil Bechara in isolation and gauge it on its own merits,” she wrote in the Film Companion, an online movie magazine.

Nearly 16,000 restaurants have closed permanently due to the pandemic, Yelp data shows

Sat Jul 25 , 2020
Volatility has been a kiss of death for thousands of restaurants during the coronavirus pandemic. Abrupt closures, inconsistent reopenings, changes in public health guidance for operations and other state-mandated orders have pushed the food service industry to the brink. MORE: Restaurant, food service industry has lost nearly $120B due to […] 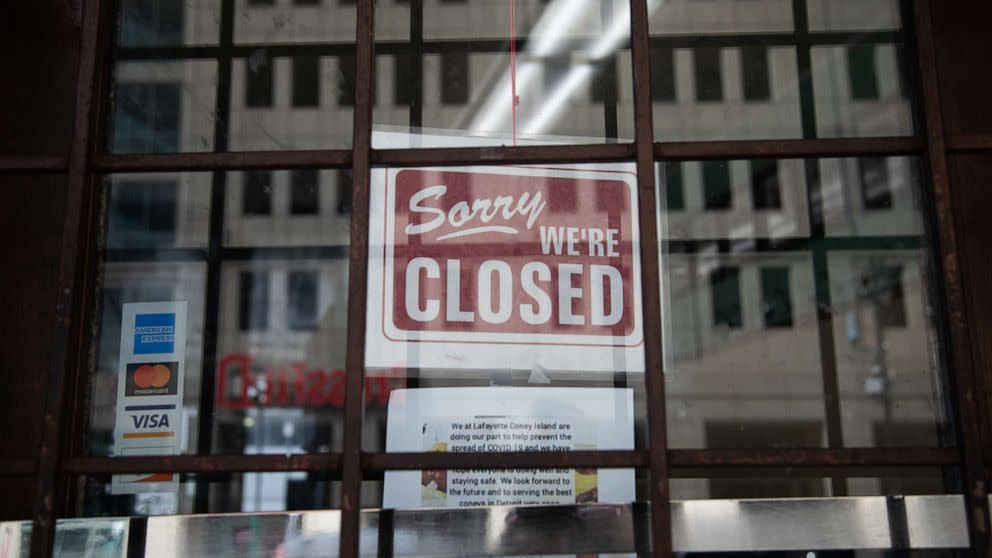