Hello, everyone! Welcome to the new edition of Insider Today. Please sign up here.

“Well, it’s not the hardest test. They have a picture and it says ‘what’s that’ and it’s an elephant,” — Chris Wallace of Fox News, interviewing President Trump about the mental acuity test that the President brags about acing.

Congress is taking up a new emergency relief bill. House Democrats have passed a $3 trillion bill, but Senate Republicans and the President say they want to spend less than $1 trillion. Extra unemployment benefits helping more than 30 million families will expire at the end of July if Congress doesn’t act.

The son of a federal judge was murdered and her husband was wounded. A gunman disguised as a FedEx driver attacked the family of Judge Esther Salas in New Jersey. Salas was unharmed and the shooter is at large.

The UK suspended its extradition treaty with Hong Kong because of the new security law. Britain fears that anyone extradited to Hong Kong could be passed on to China for trial and punishment.

The federal crackdown on Portland protests continues. Despite a lawsuit by Oregon, Trump officials vow to continue and even expand having unidentified federal agents in unmarked vehicles detain protesters. A former Navy sailor described his terrifying ordeal at the hands of the feds.

Oxford vaccine candidate is safe and stimulates production of antibodies and white blood cells. The study of more than 1,000 trial subjects, published in Lancet, is considered “promising.” The US has preordered millions of doses of the Oxford vaccine.

VIEWS OF THE DAY

Democrats must abolish the filibuster if they win the Senate

Realistic about President Trump’s declining poll numbers and the impossibility of re-taking the House, Republicans are increasingly focusing their electoral hopes on preserving their Senate majority.

But even if Democrats take back the Senate, a slim majority would help President Biden very little if the filibuster persists. That’s why the most consequential decision of this election could be in January not November, when the new Senate decides whether to preserve the filibuster or revert to majority rule.

The filibuster, which is a Senate tradition but not a requirement, gives the minority a veto over most legislation. Under the Senate’s arcane rules, President Biden would be able to push through one budget bill every year with a simple majority, and get his judicial nominees approved, but 40-plus Republican senators could filibuster and kill any significant legislation on voting rights or police reform, for example.

We’ve seen this movie before. The Republican Senate used the filibuster (and later the majority) to block all significant non-budgetary legislation for the last six years of the Obama presidency. President Obama responded with significant executive actions that circumvented Congress, like DACA. President Trump has put circumvention on steroids, invoking his executive authority to remake immigration law, raid the Pentagon budget to build a wall, start trade wars, and stonewall congressional inquiries. Trump has dared the courts to stop him, which they haven’t. Now he seems to be contemplating an even vaster presidential power grab, simply not enforcing laws he doesn’t like.

If Democrats win the White House and Senate, President Biden and Majority Leader Chuck Schumer would need to choose one of three paths.

If you’re Biden or Schumer, it’s obvious which of these three choices will accomplish the most and undermine our political system least. If they get the chance, Senate Democrats should abolish the filibuster. — DP

Axios’ Trump-whisperer Jonathan Swan called it the best interview that anyone’s conducted of Trump since he announced his candidacy in 2015.

What was perhaps the most important part of the fact check was how Wallace quickly undercut the false narratives Trump is attempting to cement in the public perception of Joe Biden’s candidacy. (This is something that interviewers should do with every candidate, regardless of party.)

When Trump claimed that Biden wants to defund and abolish the police, Wallace interrupted and said, “Sir, he does not.”

Flummoxed, Trump said: “Oh really? It says ‘abolish.’ It says ‘defund.’ Let’s go!” “Get me the charter, please.” He then demanded the interview be paused and asked a staffer for a copy of the charter — which of course, contained no mention of abolishing or defunding the police.

The Trump campaign has made a staple out of attacks on Joe Biden’s alleged “cognitive decline. Last week the president bragged on Fox News that he “aced” a mental acuity test that he believed Biden would fail.

Wallace told Trump that he found the same test online and said “it’s not the hardest test,” noting that it requires you to identify a picture of an elephant and to count backwards from 100 by seven.

These shouldn’t be considered remarkable feats of journalism but in 2020, they are.

A serious interviewer that isn’t in the tank for one candidate or political party should always challenge and fact-check their subject.

And just because Trump lies at levels that go light-years beyond just your average spin, cable news interviewers shouldn’t let Democratic candidates off the hook when they stretch the truth about their records or their opponents, either.

Wallace set the example by following a few simple maxims. 1) Politicians are not your friends. 2) You don’t work for a campaign. 3) Fact-checking the powerful is the main public service of your job. — AF

If you’re enjoying this article, sign up here for more daily insights from Henry Blodget and David Plotz delivered right into your inbox.

Here’s a hypothesis for you: If anyone else were President, the United States would not have one of the worst coronavirus crises in the world.

Trump’s aggressively incompetent response has required a rare combination of attributes, the lack of any one of which would likely have spared the US much of its current pain.

Trump’s ignorance and dismissal of science and expertise allow him and his administration to continue to deny the severity of the pandemic and discourage even simple and reasonable attempts to address it.

Trump’s insecurity — which leads him to surround himself with yes-people and muzzle and demean dissenters — has prevented him from delegating the pandemic to a competent team.

Trump’s profound dishonesty and refusal to accept responsibility for anything negative prevents him from learning from past mistakes and getting it right late instead of never. Even an insecure, incompetent President who ignored the science and blew the initial response like Trump would eventually have learned what needed to be done.

Trump’s ego and lack of empathy prevent him from treating the coronavirus as anything but a personal PR problem. Six months into this disaster, even an ignorant, insecure, dishonest President with the decidedly un-Trumpian attribute of caring about his fellow Americans would have deferred to a competent team and gotten out of the way..

The problem in the US is not that we live in a democracy. Europe has democracies, and most of them have figured it out. Here’s a comparison of the US and EU cases per million people:

Our World in Data

The problem in the US is also not that we don’t know what to do or can’t do it. We know exactly what to do, and we’re the United States, for goodness sake — we can do anything.

The problem in the US is that our President is Trump. — HB

John Lewis was an American Founder, like Jefferson or Hamilton.

Even if you feel you’ve heard enough about John Lewis, read this wise essay in the Atlantic. Lewis, Adam Serwer argues, was nothing less than an American founder. Our traditional founders — Jefferson, Washington, and their peers — created the first American Republic. 80 years later, a new generation — Lincoln, Douglass, and Grant — brought slavery to an end and gave us a second American Republic. Lewis and his fellow Civil Rights heroes — including CT Vivian, who also just died — founded “the Third American Republic, the only one to sincerely pursue the promises of the Declaration of Independence and the first true attempt at interracial democracy in American history.” — DP

Trader Joe’s is renaming its Trader Ming, Trader Jose, and other international product lines. An online petition calls the names “racist.” Trader Joe’s says they were already phasing the names out, and will recast them all as Trader Joe’s.

What’s it like to get a first haircut, post-lockdown? For Insider’s Shafi Musaddique, it was both normal, and extremely emotional.

Jeremy Roenick is suing NBC Sports for discriminating against him. He said they fired him because he’s a straight man and a Trump supporter. The former NHL star was axed after making sexual remarks about his NBC cohost on a Barstool Sports podcast.

Trump is considering bypassing immigration law with a loophole. He’d simply not enforce laws he didn’t like, and dare the courts and Congress to stop him. The strategy was outlined in a National Review article by former George W. Bush official John Yoo.

Kanye West says he and Kim considered aborting their first child. He said this during his first, strange campaign speech in South Carolina, which included emotional remarks against abortion. He said he would discourage abortion by paying families $1 million for every child they have.

Princess Beatrice’s secret wedding ceremony: Details from the socially distanced ceremony, including the fact that she and her father Prince Andrew had to isolate together for him to walk her down the aisle.

*The most popular stories on Insider today.

Mon Jul 20 , 2020
Many college students, young adults and some not-so-young adults have moved back in with their parents due to things like school closures, job losses or even just the convenience of a backyard during the coronavirus pandemic. A Pew Research Center poll found that around 1-in-10 adults ages 18 to 29 […] 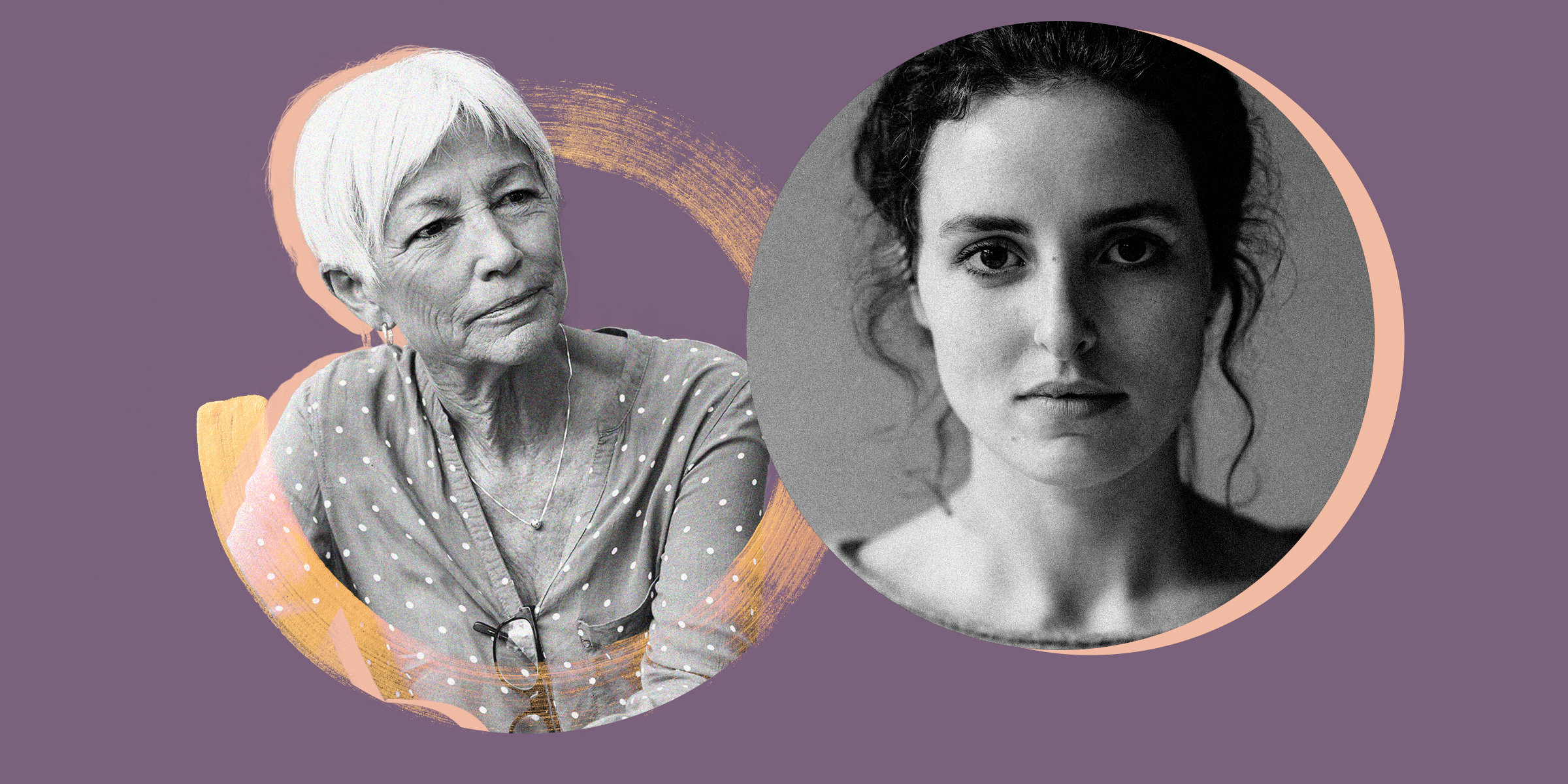