Like many aspiring fashion designers, Daniel Silverstein found inspiration for what would become his life’s work in the classroom. During his senior year at FIT, Silverstein was asked to design a pair of sustainable jeans. “Everyone said, you know, ‘I’m going to use organic cotton,’ or ‘I’m going to use natural dye,’” he recalls. Silverstein took a harder stance: “If I’m handed a piece of denim, I should use every piece of that denim on that pair of jeans and not waste anything.” The idea for Zero Waste Daniel was born.

Before it came to fruition though, he had a brief stint as a design intern at Carolina Herrera and then a temp job as an assistant sweater designer at Victoria’s Secret. But it didn’t take long for Silverstein to realize that traditional fashion wasn’t for him. “As a young professional, I got to actually see what wastes we were creating, and having just recently done that project, it really didn’t sit well with me,” Silverstein says. “I was so uncomfortable with being part of the design process, ordering production that was going to be wasteful.” Six months into his job at Victoria’s Secret, he quit and started a zero-waste brand, 100%, which was a ready-to-wear line of cocktail dresses, suits, and more that utilized 100% of every piece of fabric bought.

At the time, sustainability in fashion wasn’t as widely talked about as it is today. “Sustainability was just one of many clubs you could take as a student,” Silverstein says. ‘When I got [100%] in front of a buyer, an editor, anyone, they would say, ‘I love your designs. The zero-waste thing, on the other hand, I can write down, but it’s whatever.’” No matter how impressive his designs were style-wise, the response to any mention of the zero-waste concept was always, “Nobody cares,” he says.

Five years into designing 100%, Silverstein shut down his studio and shipped out his last order. But not before making one last T-shirt out of the scraps of what was formerly his brand. “I put up a selfie [on Instagram] of myself wearing this shirt that I made on a day when I was bored, a little depressed, and not really wanting to do all of the packing up and fulfilling that I was supposed to be doing,” he says. “And out of nowhere, my engagement doubled.” A light switch flicked on in his head, and he knew that this was the business he was meant to spearhead: zero-waste genderless basics.

“This is something that anyone could wear — an attainable, relatable product that almost everyone has in their wardrobe,” he says. Rather than sharing it with the press, he took this newly refocused business model to retailers that already cared about sustainability, selling at pop-ups and flea markets before eventually obtaining a full-time booth at a market in downtown Manhattan. “And, as they say, the rest is history,” he says.

“In accepting failure, I was able to find a more sustainable path towards my own life and sustainability,” Silverstein says. “It’s more than just how eco-friendly a product is. It’s about being able to actually maintain doing something — and I finally created a business that I could actually maintain.”

That was four years ago. Since then, Zero Waste Daniel opened up a studio-sized storefront in the heart of Williamsburg, Brooklyn, obtained viral success for his work in “trashion,” or fashion made out of repurposed, used, or found items, and began sourcing from a nonprofit called FABSCRAP that is creating the first-ever dataset to keep track of textile waste. At his design-studio-turned-retail-shop, Silverstein and his husband-slash-business-partner Mario DeMarco produce 100% waste-free clothing. According to a feature in The New York Times, the space has three sewing machines and no trash can. Glass jars of fabric scraps fill the 750-square-foot space, scraps that Silverstein can still trace back to his first dumpster dive for fabric in 2016.

Silverstein also started a fashion series titled “Sustainable Fashion Is Hilarious,” which, so far, includes shows like the Trash Bomb, The Apocalypse, and The Death of Fashion. “I’m firsthand getting up in front of an audience of ticket holders and telling them a story, trying to make them laugh, showing them clothes, and also communicating with people about my sustainable experience,” he says. “These shows felt relevant at the time based on my personal experience, but, looking back at them, I feel like maybe I was speaking on behalf of other people, too.”

When The Death of Fashion comedy-slash-fashion-show took place in February during fall ‘20 fashion week, rumors of the pandemic were only just beginning to spread. The event, hosted at an augmented reality space in Manhattan called Arcadia Earth, was what Silverstein refers to as a “fashion funeral,” to mourn the loss of Barney’s New York, a fashion staple that closed early this year. “I realized, ‘Oh my goodness, I will never sell to Barney’s’ — something that I had always wanted to do and hoped to do my entire career,” Silverstein recalls. “I’m watching it go out of business and I know I’ll never have the opportunity.”

Little did he know at the time that a few months later, many others, including Need Supply, Totokaelo, and Sies Marjan, would be gone forever as well. “We just watched an epidemic wipe out a bunch of brands,” he says. “That was the last season to see any of them.” With that realization came an even greater one: “It wasn’t just me who thought that things were broken,” he says of the fashion industry whose issues range from a calendar that goes against seasons to discounting that’s harmful to brand. “I think they really were broken, and we’re seeing that now. Sad as it is, it’s validating in a way.”

The pandemic has affected a lot of industries, but fashion has been hit especially hard. Brands are now “handcuffed by inventory,” as Silverstein describes it, while his little studio in Brooklyn is “sustainable and built to last.” But he’s not bragging. Instead, he hopes that from the death of fashion as we know it, a new era of less impactful methods of production will rise from the ashes.

To further pave the way for this new, sustainable future, Zero Waste Daniel has partnered up with thredUP, the world’s largest online resale platform, on what the duo is called “ReFashion,” a zero-waste collection made from 100% secondhand garments and fabric scraps. For the partnership, ZWD took all of the otherwise-unsellable donations that thredUP received, and reworked them into a collection of summer-ready pieces. “In essence, every single piece is a one-of-a-kind, while still hanging together as a collection,” he says. The collection features a palm leaf motif that Silverstein chose in order to “ensure that the green message really came across.”

The collection also allows ZWD fans, who wouldn’t normally be able to afford a piece from Silverstein’s collection, to purchase something handmade by the designer himself. “This collection helped get me to get out of my usual price point a little bit,” he says. “It is designed to be very affordable.” The overall goal of the campaign, according to Silverstein, is this: “Even if something looks boring and plain or is something that you think you can’t even sell and you should just throw away, there’s still potential in it.” All you really need to do is “zhuzh it up.”

1,000+ Reformation Archival Pieces Are On Sale 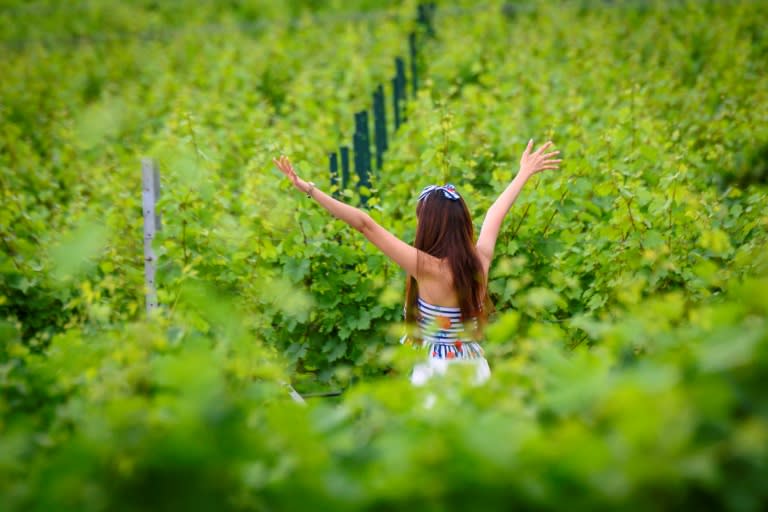