Following his admittance to intensive care with coronavirus in April, prime minister Boris Johnson is reportedly preparing a more “interventionist” drive to tackle UK obesity in the ongoing and long-term fight against Covid-19.

On 24 July, it was reported that the prime minister will set out new measures next week, which are expected to include a ban on TV junk food adverts before 9pm.

They are also likely to include a ban on online ads for unhealthy foods and limits on in-store promotions. Some restaurants could be required to put calorie labels on menus.

Mr Johnson is convinced his Covid-condition became more serious because of his weight – said to be 17.5 stone at the time he was taken to hospital, according to a separate report on 15 May.

This is not the most time the severity of coronavirus has been linked to a patient’s weight – when asked about the British death toll compared to other European nations, health secretary Matt Hancock said “the age profile and factors like obesity” should be accounted for – but does being overweight or obese actually change your prognosis?

What is defined as overweight in the UK?

The NHS uses BMI (or body mass index) as the primary measure to judge a person’s weight. It says that although this is not “accurate for everyone” it is generally the most reliable method.

Obesity impacts one in every four people in the UK and 20 per cent of children aged 10 to 11 are classified as obese. According to the latest ONS data a further 35 per cent of people are considered overweight.

Being overweight or obese increases general risk factors including type 2 diabetes, coronary heart disease, some types of cancer such as breast and bowel, and having a stroke.

Early on in the spread of the virus, having a history of coronary problems or diabetes were identified as increasing vulnerability (figures released by the NHS on 14 May showed a quarter of coronavirus patients who have died had diabetes), but obesity was not explicitly referenced.

On 28 April, a questionnaire sent to 166 UK hospitals found that out of 17,000 patients, those who were obese – with a body mass index (BMI) of more than 30 – had a 33 per cent greater risk of dying than those who were not obese.

Professor Calum Semple at the University of Liverpool, told The Telegraph, people with a BMI over 30 “do particularly badly from Covid disease, so they’re more likely to go on to the intensive care units and to go on to die”.

A day later, on 29 April, Imperial College London published further analysis of the same data showing that being male or obese reduces the chance of survival from coronavirus.

Then on 7 May, as more data emerged, a study of 430,000 NHS electronic health records from Glasgow University found being obese doubles the risk of going to hospital because of severe coronavirus symptoms.

And if other health conditions linked to obesity such as heart disease and type 2 diabetes were also taken into account the risk would be even higher, the researchers said.

Scientists are concerned that this trend in obesity-led complications could mean Covid-19 is more of a threat to younger people than previously believed, which could be a particular problem for regions with higher levels of obesity.

A study in the Lancet journal said: “As the pandemic hit the Johns Hopkins Hospital [USA] in late March, 2020, younger patients began to be admitted to our ICU, many of whom were also obese. An informal survey of colleagues directing ICUs at other hospitals around the country yielded similar findings.

“At this time, news editorials were noting obesity as an underappreciated risk factor for COVID-19. This risk is particularly relevant in the USA because the prevalence of obesity is around 40 per cent versus a prevalence of six per cent in China, 20 per cent in Italy, and 24 per cent in Spain.”

Why is obesity causing more deaths?

Studies have suggested a number of reasons, including that people with obesity are being more likely to have pre-existing underlying health conditions like diabetes.

The World Obesity Federation, which represents members of the scientific and medical communities, says: “Furthermore people with obesity who become ill and require intensive care present challenges in patient management.”

For example, it is more difficult to intubate patients who are obese. “It can be more challenging to obtain diagnostic imaging (as there are weight limits on imaging machines), patients are more difficult to position and transport by nursing staff,” it says.

Prof Naveed Sattar, from the University of Glasgow told the BBC: “Because people are more overweight, they also have a demand for more oxygen. So that means their system is actually undergoing greater pressure.”

And Dr Dyan Sellayah, from the University of Reading said: “Eventually the obese body becomes overwhelmed by the lack of oxygen getting to the major organs.”

What is being done about the risk?

On 4 May Public Health England (PHE) announced a review into how different factors – including ethnicity, gender and obesity – impact health outcomes from COVID-19.

It says: “The exercise is part of a rapid review being led by Public Health England (PHE) to better understand how different factors such as ethnicity, deprivation, age, gender and obesity could impact on how people are affected by COVID-19.”

It is also understood that the prime minister wants to use the pandemic, and the obesity implications, as an opportunity to reinvigorate the campaign against obesity in the UK. For example, it is reported Mr Johhson will encourage the public to walk and cycle more where possible rather than using public transport.

Fri Jul 24 , 2020
A group of Disney loving moms are keeping kids entertained during quarantine by dressing up as their favorite characters. Kasey Potts, 32, and Kelly Stevenson, 36, started the hashtag “therealdisneymomsofquarantine” on Instagram so other moms could share Disney getups online as a way to have some fun and stay busy […] 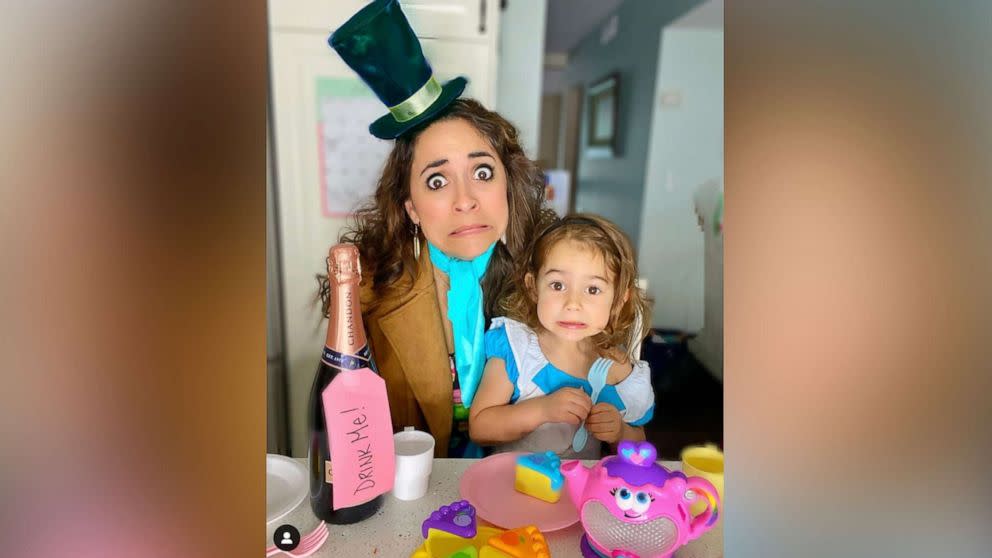