The Edinburgh TV festival has revealed the 30 successful candidates selected for its popular ‘Ones to Watch’ program.

Reflecting the nature of the U.K. television industry, more than 70% of the candidates, including producers, directors, writers and journalists, are freelance, and the rest are from leading production companies and broadcasters, including the BBC, Lime Pictures, True North and RDF. Of the 30 selected, 77% are women, 40% are from Black, Asian and Minority Ethnic (BAME) backgrounds, 37% work outside of London and 33% are disabled.

The candidates will benefit from bespoke sessions and training, access to the digital edition of the TV Festival in August, and receive 12 months of mentoring from senior industry figures.

Founded in 1994, ‘Ones to Watch’ is designed for those who have three or more years’ experience in TV and are looking to make the next major move in their career. “House Through Time” host David Olusoga, who is delivering the festival’s MacTaggart Lecture this year, was amongst the festival’s ‘Ones to Watch’ cohort (previously known as TV25) in 1998.

In all, 105 successful candidates have been selected for talent schemes that are part of the festival’s The TV Foundation. These also include TV PhD, a venture with the Arts and Humanities Research Council that gives 15 early career researchers an intensive introduction to TV to equip them with the tools to work in or with the TV industry once they have completed their PhDs; and The Network, a scheme for aspiring industry entrants, who will be given three days of introductory sessions to the TV industry, a year of mentoring, and ongoing access to the TV Foundation’s job pool.

Sarah Vignoles, talent schemes director for The TV Foundation, said: “Pivoting to an online selection process and delivery in this uncertain time hasn’t been without challenges, but there was never any question of us taking a year off. Our delegates represent the best of current and future industry excellence and the support we can provide will hopefully make sure that not only do we not lose these brilliant talents but see them thrive.”

Wed Jul 29 , 2020
Schools like this one in Bothell, Wash., closed in the face of the COVID-19 pandemic. Parents are now coming up with small-group alternatives for their children. (David Ryder / Getty Images) As if the disparities in online learning didn’t already put low-income Black and Latino students at a terrible disadvantage, […] 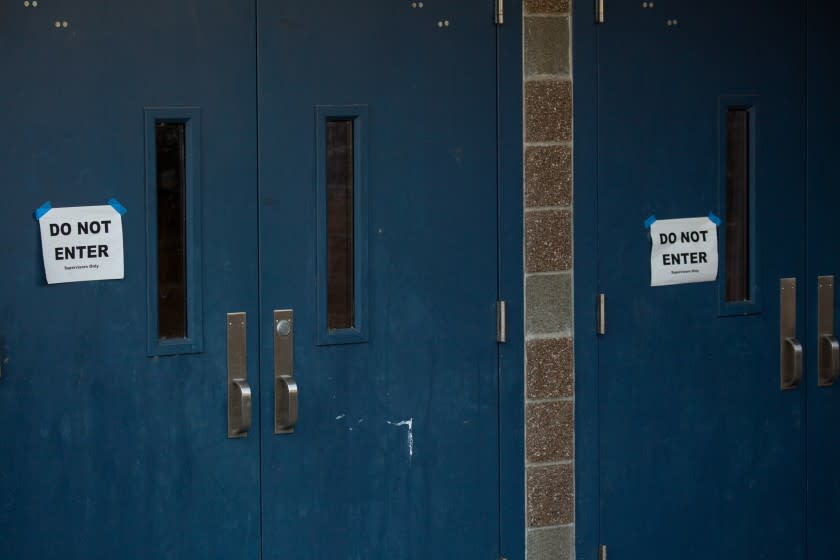