Comic-Con 2020 has begun – and what a start to the online event! To kick off the major panels, we had the cast of CBS bring their Star Trek Universe to the virtual showroom floor, with the casts of Star Trek Discovery and Picard both on hand to deliver some future season teases. Later on at SDCC, we had The Boys season 3 announcement and a first look at the opening scene of The New Mutants.

Of course, there’s even more exciting stuff on the way. Below, we go into everything that you should look out for at Comic-Con 2020, including a run-down of Friday and Saturday’s major panels, and a closer look at everything you missed on Thursday. And remember, you don’t need a badge, ticket, or an impressive cosplay to head to SDCC this year – so make the most of having all that juicy SDCC 2020 news coming straight to your home!

What happened on Thursday at Comic-Con 2020?

There was no shortage of news from Comic-Con 2020, that’s for sure. And while we haven’t written about every minor news story, we have covered all the ones that you need to know about. Click through the links below for more on each point.

P.S. During Comic-Con 2020 on Thursday, some major delays were announced to the Avatar sequels and Paramount movies. Click through those links for more.

This year’s large-scale online convention will take place between Thursday, 23 July, and Sunday, 26 July. The most prominent panels take place over three days (23 – 25 July). Thursday acts as a bit of a warm-up, dropping teasers and previews, while Sunday is a rest day for panels.

You can find the entire detailed programme on the San Diego [email protected] website, but stay put if you want a carefully curated selection of the absolute must-see panels from the entire weekend. You don’t want to get lost in nearly 400 online webinars, do you? Didn’t think so.

This year, San Diego Comic-Con has made their streams and events much more accessible. Everything will be available to watch (for free) on one YouTube channel. The only thing you’ve got to account for is timezones, but we’ve included both PT and BST times in our listings below to help you out a bit. If you’re still confused, then check out our how to watch Comic-Con 2020 article.

Fresh from Netflix’ The Old Guard, Charlize Theron will be doing a Q&A on Friday about her long celebrated career and iconic action moments. Expect her to talk about everything from Fast & Furious to Mad Max: Fury Road.

This is a must-watch event for any fans of Marvel Comics. Featuring creators such as Dan Slott, Al Ewing, and Nick Spencer, the panel will break down all the latest comic book news and discuss such things as the recent return of Green Goblin and Werewolf by Night.

Following the news of upcoming books and comics exploring The High Republic era in Star Wars, this panel is sure to share some exciting developments surrounding further Star Wars tie-in books. The event will feature fan favourite authors including Justina Ireland, Rebecca Roanhorse, and Greg Pak.

In anticipation of its sixth season, Fear the Walking Dead cast, crew, and creators are joining forces to discuss season 5’s ending and what’s next in store for Morgan’s unlikely family.

Join creators of your favourite animations Robot Chicken, Final Space, Samurai Jack, and more in a lively panel about their creations and what goes into the perfect cartoony satire.

Join showrunner Paul Zbyszewski and the cast of Hulu’s Helstrom for an exclusive first look at the terrifying comic-book adaptation coming October this year. It’s Marvel – just no MCU.

The Emmy Award-winning Fox series has brought together a panel of cast and creators to share with fans some never-before-seen-footage which will be followed by a panel discussion and a chance for viewers to send in their own questions. UK folks, this might be worth staying up for.

FXX’s animated comedy returns for its 11th panel this year and the eponymous spy is set to return to work following three years in a coma. Join the cast and producers for a panel discussion and hear more about what’s next for Sterling Archer and his friends in the new season.

The Simspons take the term “the show must go on” very seriously. Find out how the team have dealt with lockdown en route to season 32 (THIRTY. TWO. Damn) in this panel featuring Al Jean, Matt Selman, David Silverman, Carolyn Omine, and Mike B. Anderson.

The director, writers, and cast (yes – Keanu Reeves will be there) will join host Kevin Smith for this exciting panel to discuss the long-awaited Bill & Ted sequel.

Agents of is Marvel’s longest-running live-action series and comes to its end in the upcoming season 7. This panel looks to be a compelling retrospective looking back at the show’s world-building with its writers, cast members, and a team of real-life scientists.

Hosted by special guest Haley Joel Osment, the cast and creative team of What We Do In The Shadows join forces for a spirited discussion about the mockumentary series, which has built quite the cult following. Panellists include Matt Berry, Natasia Demetriou and more.

Keep checking back here throughout the week for any updates, changes, or last-minute additions to the San Diego [email protected] 2020 schedule that you should know about!

Stressed out and overwhelmed by distance learning? Here are some resources that might help

Fri Jul 24 , 2020
With the announcement that the Sacramento City Unified School District will begin the year with distance learning, many parents are looking for ways to support their children as they learn from home. Supporting a student engaged in distance learning can be challenging for parents, particularly those who are juggling working […] 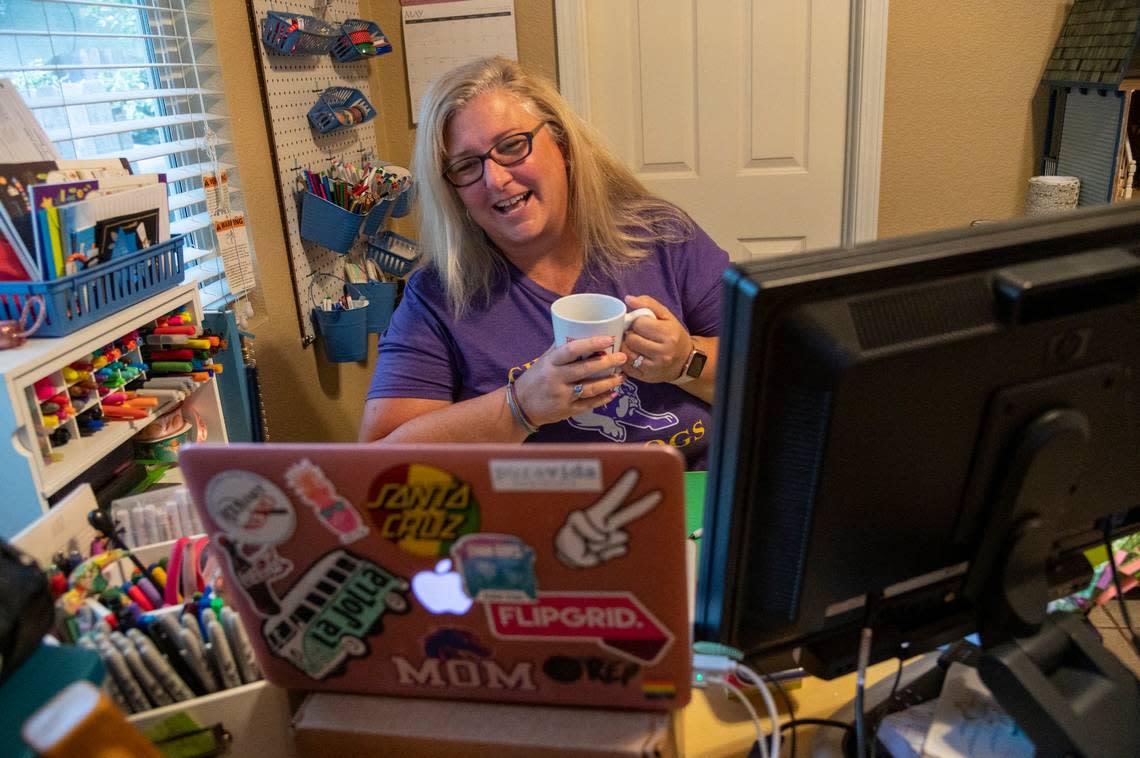