In full, the post reads: “There’s no point in locking us down when there are 2million illegals wandering around the UK & our borders are still open” (here) .

The exact number of illegal immigrants in Britain is not known, and challenges in creating reliable estimates means the government has not published any official figures since the mid-2000s (here ) .

Since then, several organizations have independently pursued research into the topic. A range of their findings have been compiled by the Migration Observatory at Oxford University (see Figure 2) (here) .

The most recent estimates have been conducted by the Pew Research Center (Connor and Passel, 2019) and Greater London Authority (Jolly et al., 2020) .

Meanwhile, the Pew Research Center estimated that there were between 800,000-1.2 million unauthorized immigrants in Britain in 2017 – down from the 900,000-1.3 million estimate that was given for the previous year (here) .

Of the research compiled by the Migration Observatory, the estimate conducted by the Pew Research Center is the highest. This is, however, still considerably less than the 2 million put forward by the post.

Still, the Migration Observatory warns that available estimates should be “treated with caution” (here), due to limitations in available data and differences in how the research is conducted.

Misleading. The exact number of illegal immigrants in the UK is not known. However, the two most recent studies estimate the number to be between 594,000-745,000 and 800,000-1.2 million respectively.

This article was produced by the Reuters Fact Check team. Read more about our fact-checking work here .

Thu Oct 1 , 2020
BUDAPEST — Nearly 100 students have occupied a key building of a prestigious Hungarian university for the past week to protest what they see as a takeover of their school by the autocratic government of Prime Minister Viktor Orban, a demonstration that has become a symbol of resistance to the […] 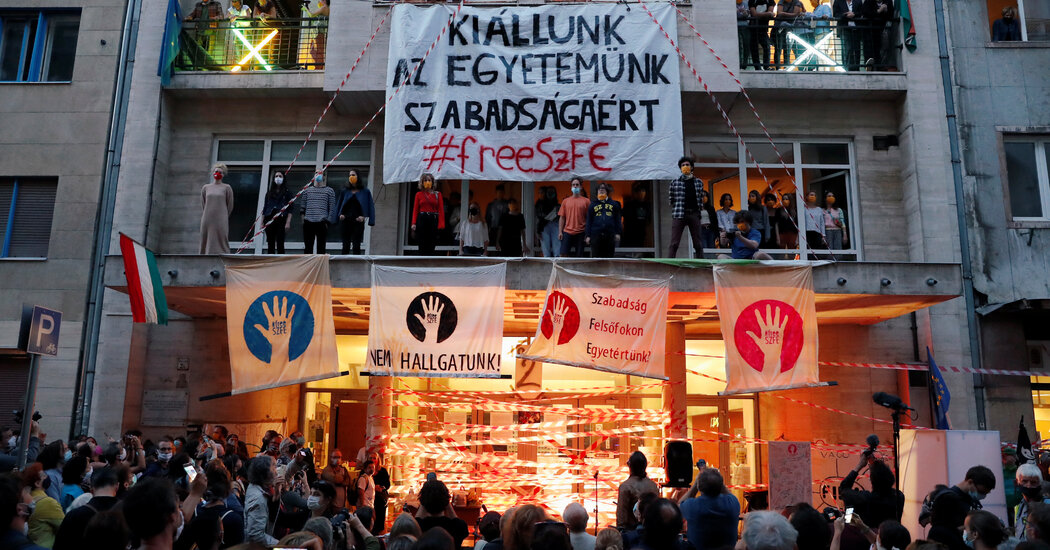