In New York state, officials had to tighten guidelines for the mandate that bars serve food with their drinks. A handful of “Cuomo Chips” apparently does not meet the requirement. Gov. Andrew Cuomo, having fought off a deadly COVID-19 charge in the spring, is adamant that the state won’t go there again.

Nationally, the daily death toll surpassed 1,000 for the second straight day and hospitalizations were again peaking. The paralyzing coronavirus pandemic, beaten back by New York and a few other states, showed little sign of easing nationwid.

The Johns Hopkins University data dashboard reported 1,195 U.S. deaths Wednesday, high by standards of recent weeks but still only half of the daily toll during the outbreak’s deadly peak in the spring. The Covid Tracking Project, however, showed almost 60,000 people are currently hospitalized, less than 200 short of the highest totals from April.

📰 What we’re reading: How could a fall without football impact politics? President Trump is up for reelection as are governors in six states home to FBS football programs.

Fauci to hurl first pitch in the season of COVID-19

Dr. Anthony Fauci, arguably the most prominent figure in the COVID-19 crisis, joins the World Series champion Washington Nationals on the mound Thursday at Nationals Park as baseball kicks off its 60-game regular season. From Brooklyn, Fauci grew up a Yankees fan but says he roots for both teams since moving to the D.C. area. He’s worn a Nats-themed mask to testify before a House Committee with other members of the coronavirus task force.

“Dr. Fauci has been a true champion for our country during the COVID-19 pandemic and throughout his distinguished career,” the team said in a statement. “It is only fitting that we honor him as we kick off the 2020 season and defend our World Series Championship title.”

Sorry, bars and restaurants: You can’t get around New York Gov. Andrew Cuomo’s food-with-alcohol order by offering a bag of “Cuomo Chips” or a few pieces of cheese. The State Liquor Authority updated its guidance to provide more clarity on Cuomo’s order, which prevents bars and restaurants from serving alcoholic beverages to patrons who don’t order food first. The order, issued last week, is meant to keep patrons in their seats and not congregating in groups around a bar or in an outdoor dining space. After bars began offering $1 chips and similar items as the food, the State Liquor Authority stepped in. Now the food must be “sandwiches, soups or other foods, whether fresh, processed, precooked or frozen.”

Propelled by encouraging results from early experiments, the clock has ticked forward one hour since June in USA TODAY’s countdown to a vaccine against COVID-19. For July, the hands sit at 5 a.m., our panel of experts estimates. Midnight is the starting point of the pandemic in the U.S., and noon is the time a vaccine will be widely available to Americans.

“These first steps simply mean that we haven’t fallen at the first hurdle,” said Dr. Kelly Moore, associate director of immunization education with the Immunization Action Coalition. “That doesn’t change the number of hurdles ahead.”

In Florida, the week’s death toll was 824, more than twice the number of any week during the spring COVID-19 surge. Still, Gov. Ron DeSantis continued to press for in-classroom learning when schools open, some in less than three weeks. DeSantis stressed that young people face the least risk from the virus.

“It is our kids who have borne the harshest burden of the controlled measures instituted to protect against the virus,” DeSantis said Wednesday.

As COVID-19 cases rise in most states, the prospect of in-person learning this fall at the country’s major school districts is becoming increasingly remote. Eleven of the top 15 school systems by enrollment are already planning to start the fall semester online or implement a hybrid of in-person and online classes, according to Education Week magazine’s reopening tracker. In all, 11 of the 15 largest U.S. school systems are in communities adding COVID-19 cases at more than three times the rate they were in the two weeks ending May 1.

Among colleges, the Chronicle of Higher Education is tracking the reopening plans of more than 1,200 institutions. The findings: About half of universities plan to reopen, a third are proposing a mix of online and in-person classes, and 11% have committed to fully online learning.

After slowly dropping for over four months, the number of Americans filing new unemployment claims pushed higher last week, the Labor Department reported. as reopening of the economy stalls amid surges of the coronavirus. More than 1.4 million Americans filed initial applications for unemployment insurance last week. That’s far below the record 6.9 million who sought assistance in late March, but higher than the 1.3 million who filed claims the week before. The latest figure reverses the slow but steady slide that had occurred for 15 weeks in a row.

California Gov. Gavin Newsom announced an extension of a contract to buy medical masks from a Chinese company, saying U.S. firms are unable to produce enough protective gear. The $316 million deal with BYD comes as the state’s confirmed coronavirus cases surged to over 409,000, the most cases in the nation after barely surpassing New York. However, New York has 32,520 confirmed deaths, California about 8,000. California, with a population of 40 million, is about twice the size of New York. Scientists say reported coronavirus cases vastly underestimate the true number of infections because of the small number of tests.

Arizona schools Superintendent Kathy Hoffman wrote that “at a minimum,” Gov. Doug Ducey should set criteria for reopening schools using COVID-19 data and should only order that schools reopen if the number of confirmed cases declines. Hoffman joins teachers, students, school board members, physicians and parents calling on the governor to provide more clarity. Ducey, who has ordered schools to delay the first day of in-person classes until Aug. 17, is expected to make an announcement about schools this week. The rate of new coronavirus cases has been easing in recent days after some areas of the state began mandating masks in public.

“I want students back in our classrooms because that’s the best place for learning and growing,” Hoffman wrote in the message posted to Twitter. “However, we cannot ask schools to make decisions that will impact the teachers’ and students’ health and safety without first providing them with the necessary public health data and funding to make safe decisions.”

President Donald Trump blamed a dramatic uptick in U.S. coronavirus cases on young people who attended nationwide protests over police brutality, summer holidays, a “substantial increase in travel” and migrants crossing the U.S.-Mexico border, even though his own advisers have also attributed the surge to some states’ early reopenings.

“There are likely a number of causes for the spike in infections. Cases started to rise among young Americans shortly after demonstrations, which you know very well about, which presumably triggered a broader relaxation of mitigation efforts nationwide,” Trump told reporters during a White House briefing, referring to mass demonstrations over the death of George Floyd.

“We’re also sharing a 2,000 mile border with Mexico as we know very well and cases are surging in Mexico … it’s a big problem for Mexico but cases are surging very sharply and all across the rest of the Western Hemisphere. “

Princess Cruises has canceled sailings across the globe through Dec. 15 – with one exception. “All cruises in and out of Australia will be paused until Oct. 31 and then all other sailings across all other countries are paused through Dec. 15,” Negin Kamali, spokesperson for Princess Cruises, told USA TODAY. Princess Cruises, which had major coronavirus outbreaks on two of its ships, the Diamond Princess and the Grand Princess, made the call to cancel more sailings due to COVID-19’s progression and decisions of government authorities, health authorities and airlines regarding travel restrictions around the world, the company said in a release.

US hospitalizations back to peak levels as confirmed cases surge

More than 59,000 Americans are hospitalized with COVID-19 related illness, a return to the peak that rocked the nation in April, according data from the COVID Tracking Project. Hospitalizations have been steadily rising since hitting a low point of 27,772 on June 15. Several days with more than 59,000 were reported in April before the number began dropping steadily. But it has been rising for more than a month, according to the data.

The Uncertain Future of Places That Preserve America’s Past

Thu Jul 23 , 2020
Thanks to the City’s infamous witch trials, the historic homes and gardens on the Salem, Mass., waterfront usually get about a third of their annual visitors in the Halloween season. But the COVID-19 pandemic and resulting lock-downs have created a scary situation for these places: most of the rest of […] 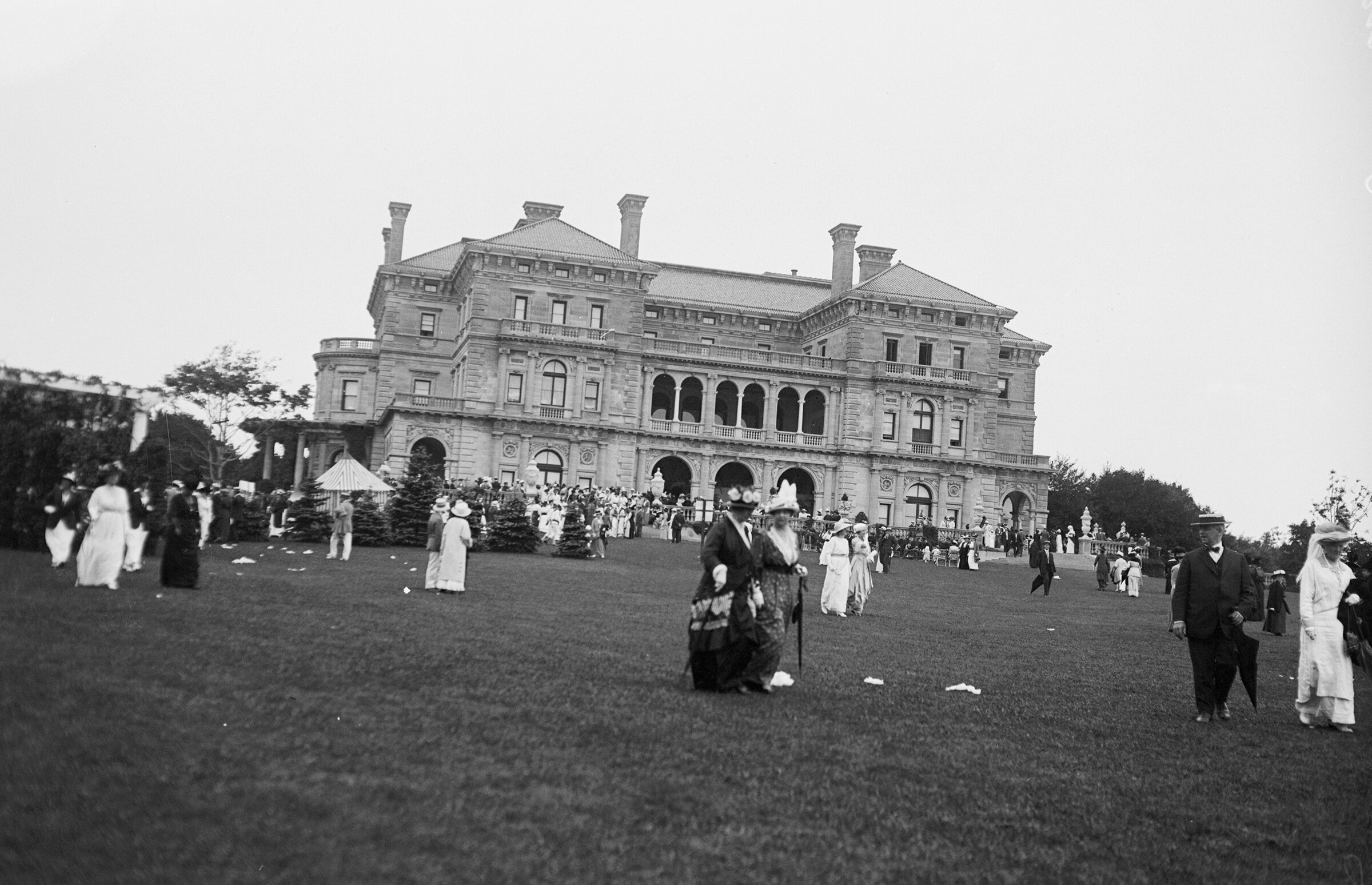