JACKSONVILLE, FL — Florida Gov. Ron DeSantis said he would not hesitate to send his three small children to school if they were old enough.

“At the end of the day, we need our society to function,” the governor told reporters at a stop in Jacksonville Thursday with U.S. Secretary of Labor Eugene Scalia. “We need our society to continue to move forward. We can take steps to be able to minimize risk when you’re talking about coronavirus, but we can’t just leave society on the mat.”

“It’s hard enough to telecommute while the kids are in school, but (for) many parents, that’s not even an option,” Scalia said. “Those are lower income parents that we know have been hit harder by the virus, and we think it’s particularly important to help get back to work.”

Scalia said working women had a lower unemployment rate prior to the pandemic than men “That’s now flipped,” he said. That’s because women tend to shoulder greater responsibility for child care than their mail counterparts.

“If we don’t get our schools open, it’s going to be that much harder for working adult women who are facing a higher unemployment rate, to get back to work,” Scalia predicted.

Florida’s Commissioner of Education on Monday ordered all “brick and mortar schools” to reopen in August but also gave school districts flexibility to use what officials described as “innovative teaching methods” to educate children.

Patch readers overwhelmingly said in an informal survey that it’s too soon to send kids back to Florida classrooms.

“To me, schools are an essential service,” Scalia said. “We’ve had our factories in this country open throughout the pandemic. We’ve had our grocery stores open. We’ve now got Americans visiting their doctors and dentists as they should. We’ve even got tattoo parlors open and hair salons.”

DeSantis compared schools to businesses like Home Depot and Walmart that were allowed to remain open during the shutdown.

“If all that is essential, then educating our kids is absolutely essential,” DeSantis declared. “They have been put to the back of the line in some respects.”

While he praised Florida’s online education content, DeSantis said there will undoubtedly be gaps in learning caused by the extended period away from other children and the natural interactions that occur in classrooms.

“I have a newborn. I have a 2-year ]]old. I have a 3-year-old,” the governor said. “They’re not old enough to go school, so I would say they won’t be in kindergarten or anything coming up, but I would not hesitate putting them in, in terms of the risk.”

DeSantis said the risk of spreading the coronavirus from one child to another is minimal though two 11-year-0lds died from the illness in Miami-Dade County and nearby Broward County.

“Obviously, if you have a kid that’s got a significant health issue, we absolutely need to make accommodations for that,” the governor explained. “If a parent wants to opt for virtual education they should absolutely be able to do that.”

This article originally appeared on the Bradenton Patch

Fri Jul 10 , 2020
Universities across the US stand to lose the lifeblood of key science and technology programs after the Trump administration announced earlier this week that international students cannot stay in the country if the institutions they attend are only offering online classes. International students make up the bulk of enrollment in […] 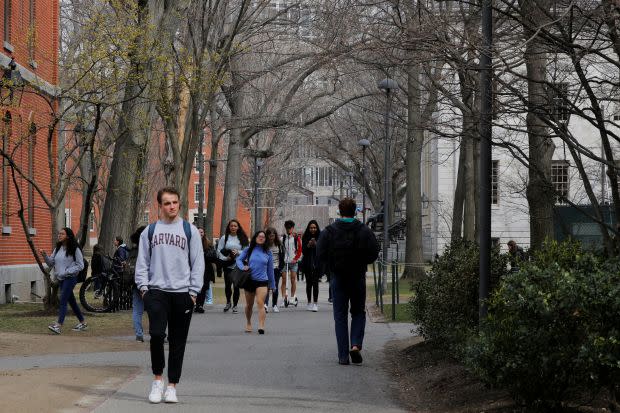