A group of former Glossier retail employees sent a letter to the beauty and skin care brand demanding “accountability” and “change” amid accusations that the company’s culture has been far from inclusive.

Over the weekend, “a collective of former Glossier retail employees” banded together to create a series of social media accounts called “Outta the Gloss,” a riff on Glossier’s blog, “Into the Gloss.” Additionally, they put together a Medium post outlining accusations against the company with anecdotes from employees’ time at the company.

Earlier this month, Glossier announced that it would be closing all of its physical stores and laying off its retail staff, who had been furloughed since June.

The open letter addressed “hostile” interactions retail employees allegedly experienced in the stores, the human resources department being a “dead-end resource,” “rat-infested” workspaces, an environment that touted “anti-Blackness,” and a “work culture that renders its broadest tier of employees disposable.”

“Many of us were duped by the pink brand from Instagram,” the letter reads. “We were told that a ‘good personality’ is paramount in screening for new hires to ensure a warm, friendly, unpretentious atmosphere (prior experience a distant qualifying factor), but likability is subjective. We knew Flagship leadership’s definition to be laced with the biases against vocal BIPOC [Black, Indigenous and other people of color].”

The letter claims that Glossier was “ill-equipped to guide a diverse team through the unique stressors of working in an experiential store and assisting customers who are often justifiably frustrated with the disorienting Flagship model.”

Outta the Gloss goes on to provide examples of those stressors, which included instances of racism and sexism. The incidents included a group of white teenagers using “our darkest complexion products in gleeful blackface,” a woman who repeatedly referred to Glossier’s Latinx workers as “illegals,” a man who grabbed an employee without her consent, and management neglecting to fire a “manager who would routinely confuse BIPOC editors’ names” despite complaints.

The former employees acknowledged that some of what happened to them “can be the pitfalls of working in retail,” but stressed that the company insistently sided with customers instead of hearing or helping its workers.

“We staunchly believe the idea that a sale supersedes the humanity and dignity of an employee is abhorrent no matter where one works, and came to Glossier because of its emphasis on human connection. Unfortunately, we were worn down by the contrast of the idyllic culture presented to us online, in our first days with Glossier, and the weight of our daily indignities,” they wrote.

The letter goes on to address the working conditions employees were subjected to, citing “non-functioning air conditioning during a NYC summer,” alleged occupancy violations in its showroom, and using a “damp room’s floor riddled with rat waste” in place of a break room.

In an effort to evoke “meaningful shifts for whomever may follow and fill our roles,” the former employees laid out a list of demands in their letter for Glossier to effect change going forward. Those demands include an open Zoom call where the brand commits to “elevating and equalizing BIPOC editor voices,” public accountability, quarterly company-wide anti racism training, changes to retail management and HR, pay parity, protections for staff, and “ongoing transparency.”

CEO Emily Weiss responded to the claims on Glossier’s blog. In her note, she says many of the incidents outlined in the Medium letter “echo conversations we had earlier this summer.”

“We moved quickly to investigate with the added guidance of outside counsel to ensure a thorough and fair process. As part of that, I had conversations with more than a dozen retail team members over the course of two weeks, and after hearing about their lived experiences, as well as their desire to make Glossier better, we all knew we needed to take action,” she wrote.

“Based on their feedback and recommendations, we created a plan to build a better work environment,” she wrote. “We then shared this plan with our New York and Los Angeles retail teams, along with our corporate team, on July 10.”

Weiss includes the full July 10 email to employees in her post, which includes pledges to redesign the brand’s “retail management philosophy and structure,” work on career growth for employees, and “do a better job holding our customers accountable for any behavior that is in violation of our values, especially when directed towards Black, POC and LGBTQIA+ teammates.”

Outta the Gloss called Weiss’ note “empty words” and insisted that the founder and CEO did not address their demands or promise to implement them. Employees also criticized the note being shared on “an obscure ‘Company Blog’ and not across social channels.”

Glossier did not respond to HuffPost’s request for further comment.

The former employees say that the July 10 email Weiss included in her response was what prompted their open letter in the first place, as they deemed it “performative and insufficient.”

“We will continue fighting for the rights of future Glossier employees and anti-racist reform until our demands are answered and are eager to receive an adequate response,” the collective wrote.

Since the letter went public, Outta the Gloss has gone on to share anonymous messages from other former employees detailing their experiences in their respective Glossier workplaces.

One employee claimed that while working in London for the cult makeup brand, the sole bathroom was often out of service “leaving us with no option for basic sanitary requirement.”

A former intern alleged that they were “screamed” at by their manager and told not to put Glossier on their resume after a family crisis forced them to quit.

On Monday, Glossier’s official account posted a slideshow to Instagram that included “an apology and a public acknowledgement of the pain and discomfort these former colleagues experienced.”

The message also outlined the company’s detailed “plan of action” for the future, which includes companywide anti-racism, equity and inclusion training, an escalation process for retail employees to share “unresolved issues” with corporate, enforcement of a “no tolerance” policy for both employees and customers, town halls for a dialogue with employees, and more.

“To @outtathegloss and all our former colleagues who’ve shared their stories: thank you for holding us accountable,” Glossier wrote in the Instagram caption.

Should teachers be considered essential workers?

Mon Aug 17 , 2020
“The 360” shows you diverse perspectives on the day’s top stories and debates. What’s happening As the coronavirus pandemic began to hit the United States, schools shut down and moved online for the remainder of spring for the safety of their teachers and students. Now, with a new academic year […] 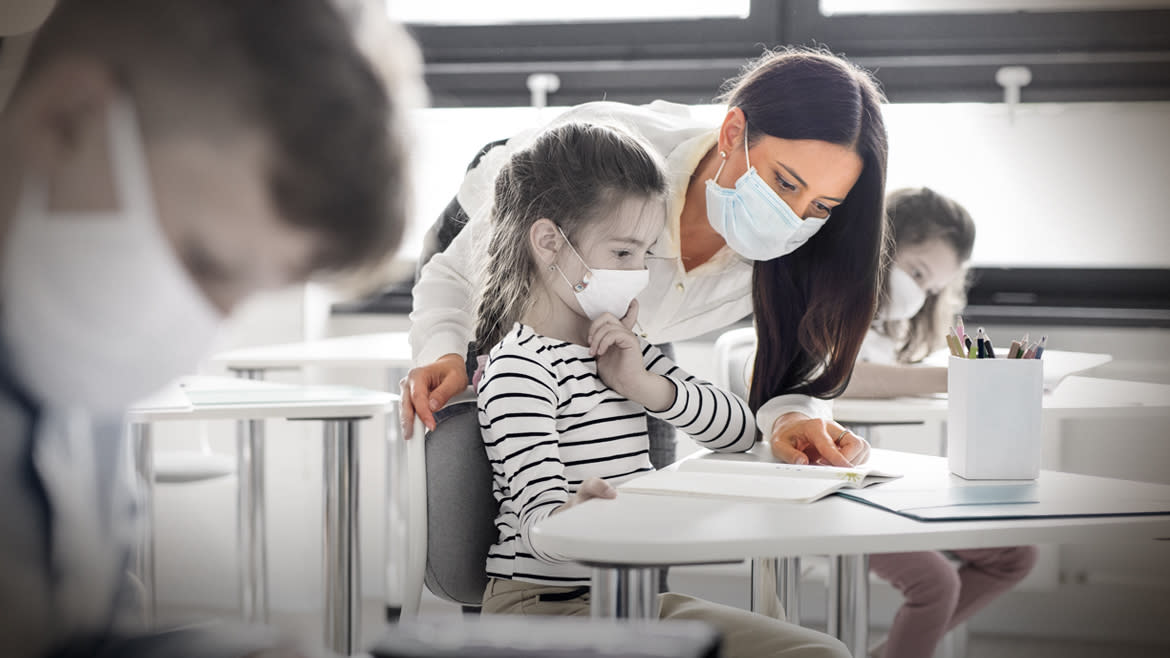