The University of Miami announced Friday that four students from one dorm had tested positive for COVID-19 and another 51 would be quarantined “out of an abundance of caution,’’ UM officials said.

The announcement came four days after classes had begun for the fall semester, and comes amid a growing number of universities pivoting suddenly to remote courses as clusters of cases have broken out from students partying and not practicing social distancing. UM is straddling both in-person classes and remote courses.

On Friday, UM confirmed four students in Hecht Residential College on its Coral Gables campus had tested positive for the virus. The university also said several other students at Hecht were showing symptoms and were removed from their floors along with the four positive students.

Those removed have been put in “isolation in another location.” Prior to the start of school on Monday, UM had set aside some dorms in case it needed to quarantine students who had tested positive for COVID-19.

Hecht is made up of two co-ed 12-story towers, McDonald and Pentland towers.

UM is requiring the remaining 51 students on floors 7 and 8 of McDonald to quarantine in their room or at home until they are tested and have results. UM said all testing would take place on Friday.

“The students who are in isolation and those in quarantine are receiving continuous support from Student Health Service, University case managers, and Housing and Residential Life,” the university said. “The students are receiving all support services, including academics, and will be provided meal delivery.”

The university will also notify professors who had one of the positive students in an in-person class 48 to 72 hours before they started having symptoms or received a positive test result. UM did not say how many professors fall into this category.

“Each student, faculty member, and staff member must do their part to protect both themselves and those people they come in contact with,” UM said. “Health-risking behavior will not be tolerated, and students who do not adhere to our guidelines are subject to sanctions, including suspension.”

Earlier this week, students received an email from Dr. Patricia Whitely, vice president of student affairs at UM. The email was shared with the Miami Herald.

Whitely’s email said the university had received reports that groups of undergraduates were renting an Airbnb in the Keys and Miami Beach to “evade our mask, social distancing and curfew requirements. These selfish actions risk our entire U reopening plan.”

UM has mandated that all those on its Coral Gables and medical school campuses wear face coverings at all times, unless students are in their dorm rooms.

Meanwhile, a resident at The One at University City at 740 SW 109th Ave. across from Florida International University captured a video in early August of students not abiding by social-distancing regulations.

Thus far, Pearl said he has not received any confirmed COVID-19 cases at the complex.

The state’s city breakdown published in the Department of Health’s daily report includes various universities, including the University of Miami, which since Monday has been showing nine cases in the state data.

A DOH spokesperson said Thursday that the department doesn’t keep track of university outbreaks and deferred an el Nuevo Herald reporter to specific universities for information.

Upon further questioning by the reporter, DOH said in an email that the information is “based on what the health care provider submits on the laboratory slip,” noting, though, “it is not always entered correctly, and it would appear that is the case in this instance.”

The campus that shows the most cases on the city breakdown list is Florida State University, with 44 cases.

Universities across the country are seeing surges in coronavirus cases as students return to campus.

CNN reported about a dozen colleges have reported cases on campus.

The University of North Carolina at Chapel Hill, which announced this week it was abruptly switching to remote classes after more than 100 students tested positive in the first week of school, said it was canceling all classes on Monday and Tuesday so students could move off campus as cases grew.

The University of Notre Dame reported at least 222 confirmed positive cases on its South Bend, Indiana, campus on Wednesday, just two weeks into the fall semester, CBS News reported. Notre Dame canceled all in-person classes and has since moved to full online teaching for at least two weeks.

Miami Herald Real Time Reporter Devoun Cetoute covers breaking news, Florida theme parks and general assignment. He attends the University of Florida and grew up in Miami. Theme parks are on his mind in and out of the office.

5 tips for making remote education a success, whether you're a student, parent or teacher

Sun Aug 23 , 2020
It’s officially back-to-school season, and for many families this year that means switching gears to start the academic year remotely. Virtual learning was new to many parents, students and teachers this spring when the COVID-19 pandemic forced schools to close, and some found the transition from in-person to online classes […] 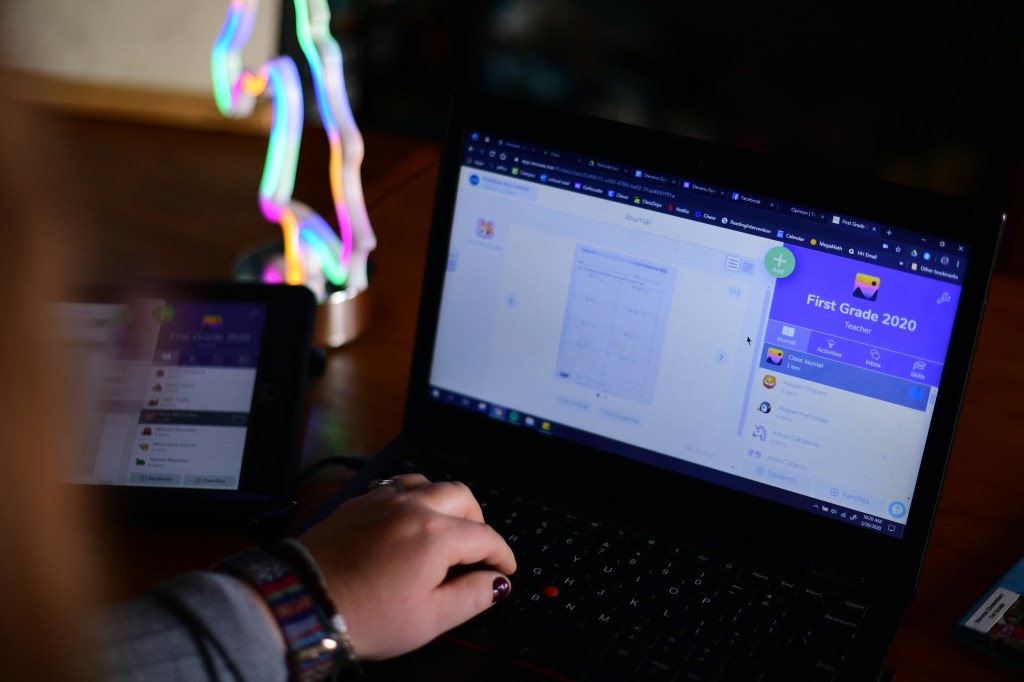