It’s 2020 and these people are OVER religion being used to justify racism, bigotry, and being anti-science

If you didn’t have “religious people using religion to spread anti-vaxx propaganda, conspiracy theories, and racism every day during a global pandemic” on your 2020 bingo card, you’re not alone. Knowing all of these things exist under the guise of “religion” for many white Christians is one thing — being able to predict that your Aunt Mildred’s virtual knitting group believes cell phone towers are preventing the rapture is quite another.

If you’ve had enough of the white Christians in your life, well, so have these confessors — who are way more into confessing their feelings online than in, oh, say, a booth. With a priest.

“POC at a protest don’t scare me, but “woke” white liberals terrify me. They have the insane zealousness of recent religious converts, and are desperate to go to any extreme to “prove” just how woke they are so they can assuage their guilt at being white”

“i resent my parents and inlaws for their religious crap. they used religion to shame and try to control. i have very little to do with them now and will be glad at their demise. fil is already gone. 3 more to go now.”

“I wish my mom wasn’t so religious and forcing Jesus down peoples throats on Facebook. I just had to mute her for 30 days.”

A lot of people grow up in religious households and end up ditching religion altogether as adults. Or, at least, toning it way down and making their new brand of faith way more inclusive.

“Spending the day watching historical documentaries about the actual life of Jesus to help undo my ex’s religious indoctrination of my DD. I believe in god but not religion. She needs to keep her young mind open.”

“I am 100% cool with it if a person wants nothing to do with me because I’m an atheist. They usually end up being religious zealots anyway, and that’s not my thing.”

According to the British Association for Behavioral and Cognitive Psychotherapies, breaking out of a restrictive religion that an individual grows up with can be extremely liberating. “Certain problems are over, such as trying to twist one’s thinking to believe irrational religious doctrines, handling enormous cognitive dissonance in order to get by in the ‘real world’ as well, and conforming to repressive codes of behavior,” their website reads. “Finally leaving a restrictive religion can be a major personal accomplishment after trying to make it work and going through many cycles of guilt and confusion.”

It’s no wonder people who grew up one way choose a very, very different way as they venture out onto their own.

“Grew up religious. H is too. Did not live together before marriage or sex. H thinks we are raising DD same. My advice in secret will be Do a test run in all areas 1st! Never would have married if we had lived 2gether and knew”

“My religious, “a women’s place is the home” MIL deadass told me today that my unfolded laundry “upsets the Lord”. I told her if it upsets him so much, the Lord is welcome to come fucking fold it then.”

“I hate when clerks tell me “have a blessed day” rather than “thank you”. It is simple minded and offensive to assume that I share or care about their religious values. I will not return my business to companies that allow this.”

Resenting religion doesn’t mean you’re an atheist or even anti-God. You can be spiritual and resent organized religion.

“sister is struggling w/mental and physical health issues.parents making it worse by forcing their religious views and shaming her for not attending church. trying to support her right to self care and her own life. fuck off mother!”

“Some religious crackpot lady I barely know overstepped when she heard I’m CF and said “You’re not a woman til you have children.” I laughed in her face and said “Yeah, I’m certain my BF knows he’s definitely not w/ a little girl!” Shut her right up.”

“I got into it with my husbands uber religious, anti-vax coworker. Told him that I nearly died of Chickenpox as an infant because my dumb fuck aunt thought it would be beneficial to bring my sick cousins around an immuno-compromised newborn.”

Not wanting religion to be part of your life doesn’t mean you’re an asshole, or that you’re kids are going to grow up with something “missing.” It means you care about yourself and your family more than you care about the “rules” of religion.

“I think any religion or religious denomination that teaches its followers that THEY are “God’s chosen people” above all other humans on earth is preaching a bunch of sectarian, entitled, delusional, elitist horseshit.”

What You Need to Know About Josh Kushner, Brother to Jared (and Husband to Karlie Kloss)

Fri Aug 7 , 2020
Photo credit: Jamie McCarthy – Getty Images From Town & Country Joshua Kushner is best known for his relationship with supermodel Karlie Kloss and for his close connection to the White House. Kushner, of course, is the younger sibling of Jared Kushner, President Donald Trump’s son-in-law and White House advisor. […] 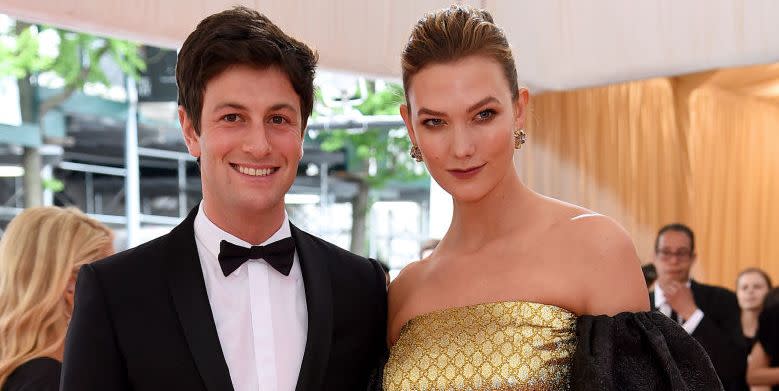