“We can all see what’s going on with Black Lives Matter and the change in the culture that Black women are viewed a certain way, and I never want to be in a situation — as far as this platform is concerned — and viewed in a way that is animalistic or violent,” the Real Housewives of Potomac star tells ET over video chat.

It’s a conversation that winds up at the center of RHOP’s fifth season, after cast members Monique Samuels and Candiace Dillard get into a physical altercation, reportedly initiated by Monique. It’s the first time in five years that a physical line like that has been crossed on Potomac.

“What happened was nothing we ever thought we would see on this show or on this platform,” Gizelle admits. “So, the kind of the beauty of what happened — if there’s something beautiful about it — is it allowed us to have deep conversations and true conversations about how we feel we’re portraying ourselves to the world and what we’re OK with and what we’re not OK with.”

The women of RHOP have never shied away from difficult conversations about life as Black people in America, openly discussing colorism within their community and visiting a plantation where Gizelle’s ancestors were slaves in previous seasons. But this season, those conversations resonate a little deeper with the worldwide call for social justice sparked by the killing of George Floyd, an incident that occurred months after Gizelle and her co-stars finished filming season 5.

“I think it opens the door for us to have real conversations all the time, which is what we’ve been wanting to do,” Gizelle says. “Now is the time for it more than ever. So, because we are educated, we’re Black, we’re smart, we’re sassy, we’re funny doesn’t mean that we can’t have those real, deep-rooted conversations, which will help our viewers. It allows our viewers to have conversations with their girlfriends and really break barriers and make some changes.”

Gizelle says she’s having those kinds of conversations with her own daughters — Grace, 15, and twins Adore and Angel, 14 — as they’ve experienced racism in everyday life, from being called the N-word at school to so-called friends admitting they’re scared to have expensive belongings around the girls because they might steal them. Gizelle says it’s important to reclaim the narrative and right the ship, from microaggressions to in-your-face bad behavior.

The season trailer shows the OGs of the franchise — Gizelle, Karen Huger, Robyn Dixon and Ashley Darby — sitting down with Monique to discuss her behavior in the much-reported fight. In the teaser, Gizelle tells Monique, “I by no means want to be near you,” to which a tearful Monique replies, “Then maybe I don’t need to be a part of this anymore.”

“I said what I said,” Gizelle doubles down, but notes there is more to that conversation than just that short exchange. “I don’t ever not want to be around people based off of the things that they do. But I do want to have a conversation about what you do.”

Rumors circulated that Monique may have stepped away from the group after the incident. She’s been adamant she did not quit the show, however.

“You know what Monique does with the rest of the show is on Monique,” Gizelle says. “I don’t hire people, I don’t fire people. So, I don’t know whether or not she’s done with us. I do know that she likes to scratch my face out on pictures and you know, this face is way too pretty for all of that.”

When Bravo announced RHOP’s premiere would be delayed from its original May date, Monique shared the news with her followers by posting an altered cast photo in which Gizelle and Candiace’s faces were scratched out.

“I mean, we are grown women,” Gizelle deadpans. “We are above scratching out faces on pictures, I would think.”

That doesn’t mean Gizelle finds herself above all the drama, though. She starts the season off in a rocky spot herself with Candiace, after the pair exchanged not-so-nice messages on social media.

“Candiace understands she’s extremely annoying and she’s very opinionated and to the point where, most of the time, we don’t want to hear it,” Gizelle says. “Candiace sometimes doesn’t understand that in order for there to be a conversation, she’s got to stop talking. So, we’re just a little frustrated at the beginning of the season with her mouth. It doesn’t stop.”

Candiace is one of the few women who doesn’t seem to have anything to say about Gizelle’s rekindled romance with her ex-husband, pastor Jamal Bryant. Gizelle and Jamal divorced more than a decade ago, and when RHOP premiered in 2016, Gizelle made no bones about how she felt about her ex.

“Jamal was a cheater, cheater, pumpkin eater,” she announced in the series’ first episode. “He loved to hide his salami.”

In that first season, Gizelle also said she had no interest in getting back together with Jamal, who wound up moving away from Maryland in 2018 to oversee a new megachurch in Georgia. Apparently, distance made the heart grow fonder.

“I guess over time builds trust, and I felt like it was time to leave the past in the past,” Gizelle now says. “You have to keep in mind that in our first season, we had been divorced 10 years.”

“There was no, like, all of a sudden green light, there was nothing blaring,” she adds of the couple’s decision to give their relationship another shot. “It was just, I guess a feeling and we felt like it was time and we’re still rocking and rolling.”

Gizelle says she and Jamal are still rolling, even through quarantine, though lockdown orders have made it hard to see one another regularly. When Gizelle first announced she and Jamal were back together at the season four RHOP reunion, online commenters quickly chimed in and accused Gizelle of using Jamal to have a “story” for season 5, something the couple actually poked fun at on Instagram.

“I feel like that’s weird,” she says of the skeptics. “I mean, it would be one thing if he wasn’t the father of all of my children, but he is and he’s always been in my life. Clout — if I was gonna get with somebody for clout his name would probably be Idris Elba or JAY-Z or, you know, someone like that. Not Jamal Bryant.”

While the reconciliation has seemingly been smooth for Gizelle and Jamal, it’s been difficult on their three daughters, something which will be explored throughout season 5. Gizelle says this is the first time their girls are getting to know her and their dad as a couple.

“We’ve had very open and honest conversations, ’cause they can read a bunch of stuff on the internet about their dad, about me and about the past, so there’s never, like, secrecy or lies or anything that I want them to be confused about,” she says. “I want us to have an open dialogue. And I also have to keep in mind, they’re teenagers. So, they have their view from a teenage perspective and that is totally fine. I am more than understanding of where they come from. They’re very protective of their mom, as they should be.”

As far as where Gizelle and Jamal 2.0 is headed, Gizelle says they’re taking it day by day. Marriage isn’t even a discussion at the moment, as Gizelle says the situation isn’t right for them right now. She’s rooted in the Potomac area for a few more years, at least until after their daughters finish school, and Jamal has no plans to leave Atlanta.

“So, whenever Bravo fires me then I’ll move to Atlanta,” she jokes. Remarrying Jamal would also mean remarrying church life, becoming a “First Lady” of the church again. Gizelle wrote a novel on the topic, My Word, that heavily borrowed from her own life experiences during her time as Jamal’s First Lady.

“I haven’t really thought about that,” she confesses of reclaiming the title. “However, I do know what that entails. I’ve done that before. It’s a big job and a big responsibility. So I don’t know. We’ll see what the future brings.”

For now, Gizelle is focused on the immediate future and The Real Housewives of Potomac’s fifth season, which she promises is the “best ever” and “dramatic,” emphasizing all three syllables.

“I think the viewers will love the trip, and I love the journey that Robyn and Juan [Dixon] take this season,” she gushes, referencing her longtime friends. The couple, who divorced in 2012 but have never not lived together (and even slept in the same bed!), is now engaged to remarry.

“I think it’s beautiful and magical,” Gizelle says of Robyn and Juan’s love story. “And I learned so much more about their relationship this season than I ever have, and I’ve known Robyn forever.”

“You know, I’m curious to see how the viewers take Ashley [Darby], ’cause Ashley’s whole story goes on a roller coaster, too,” she adds, referencing the fact that Ashley must once again face infidelity rumors surrounding her husband, Michael. There hasn’t been a season of RHOP in which Ashley and Michael’s marriage wasn’t under fire, but this time there’s a new factor: the couple welcomed a son, Dean, in July 2019.

“Ashley might not be reacting the same way that she has in the past,” Gizelle teases.

“But Karen, we’re still unimpressed with you, honey,” Gizelle quips, hinting that her winding relationship with RHOP’s “Grande Dame” will continue to take more twists this year.

“We didn’t have any mime moments between me and Karen, thank god,” she notes, recalling the pair’s memorable season 3 lunch date, which was interrupted by a mime on the sidewalk.

“I didn’t know in the moment that that was gonna live with us forever,” she sighs.

The Real Housewives of Potomac airs Sundays at 9 p.m. ET/PT on Bravo, starting this Sunday, Aug. 2.

Thu Jul 30 , 2020
With a month before students start returning to college, Howard Community College faculty and staff are preparing for its mostly online learning model this fall. However, distance learning isn’t a new concept to the Columbia-based community college. “HCC has had distance learning for a really long time,” said Megan Myers, […] 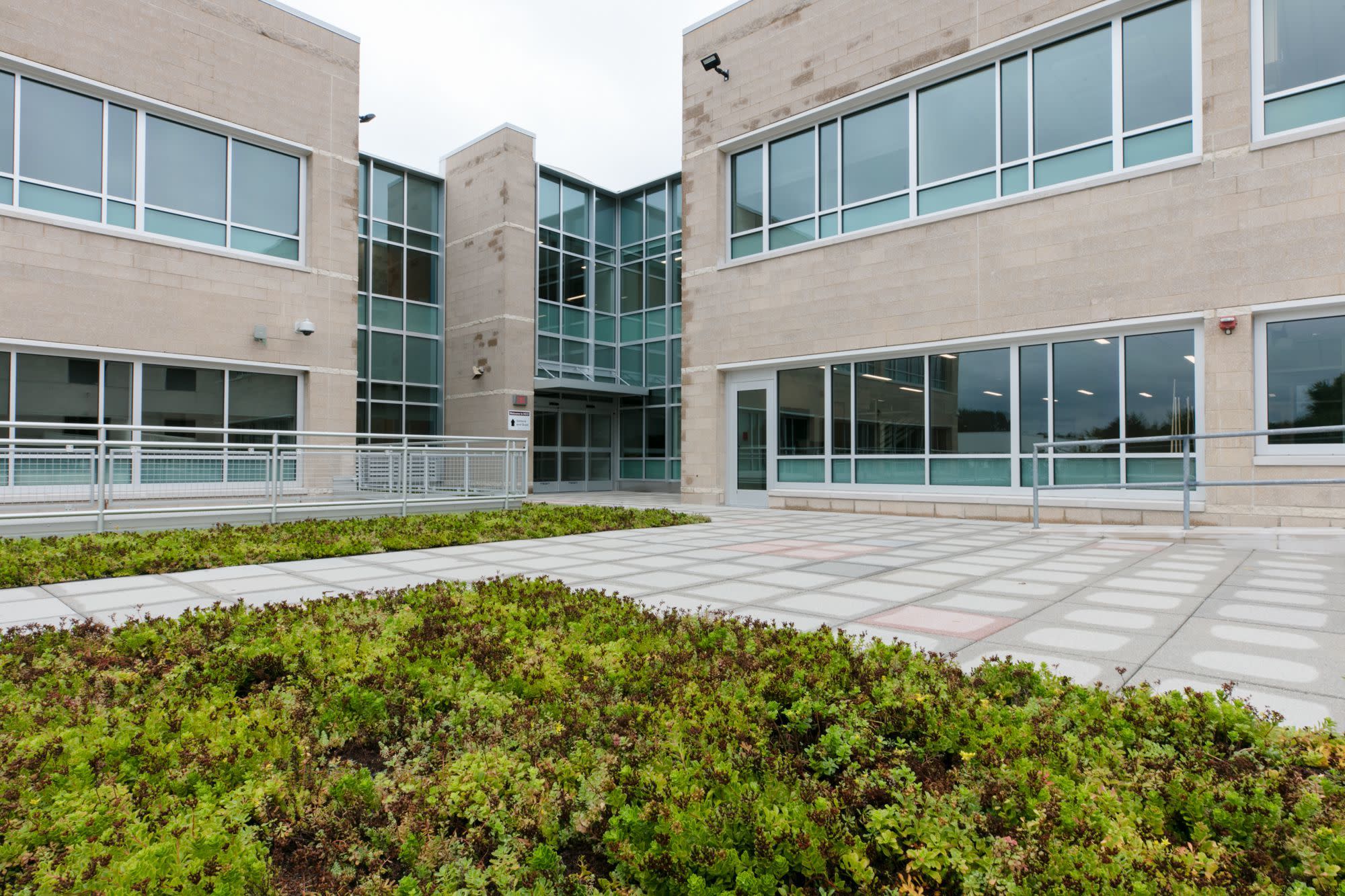