A group of Pac-12 Conference football players was preparing Saturday to issue a list of demands to conference officials centering on safety protocols in the wake of the COVID-19 pandemic, with some players willing to sit out practices and games if their ultimatum was not satisfied.

One UCLA player who spoke on the condition of anonymity because of the sensitivity of the topic said roughly 20 Bruins players participated in a group chat involving counterparts from every Pac-12 school to talk about what they wanted from the conference. The players’ demands were first reported by ESPN.

The focus of the chat was protecting players from the novel coronavirus that has resulted in a delayed, shortened 10-game season that is scheduled to start Sept. 26 after the conference released its schedule Friday. Some players feel the Pac-12 is not doing enough to ensure the safety of the players and their families and are seeking protections in writing.

Other issues the players want addressed include future eligibility concerns of players who sit out the 2020 season; ways in which the Pac-12 could support players in their calls for change related to racial injustice; and the players’ ability to fully capitalize on benefits regarding their name, image and likeness through endorsement deals and other marketing opportunities.

Players are expected to make their demands public as soon as Sunday, the UCLA player said, presumably through social media.

A Pac-12 spokesman said that as of Saturday evening the conference had not received any correspondence from players regarding these issues.

“As we have clearly stated with respect to our fall competition plans, we are, and always will be, directed by medical experts, with the health, safety and well-being of our student-athletes, coaches and staff always the first priority. We have made it clear that any student-athlete who chooses not to return to competition for health or safety reasons will have their scholarship protected.”

The UCLA player said those who have shown a willingness to boycott the season are not stars on their respective teams; the star players prefer to play but remain supportive of the movement and want games and practices to be safe for everybody at a time when many schools across the Pac-12 are preparing to hold classes mostly online to prevent the spread of the virus.

“None of the players on the team that I’ve talked to are planning on sitting out,” the UCLA player said.

He added that UCLA coach Chip Kelly had already communicated with players on the team to tell them he supported their calls for safety as well as the other demands. In late June, 30 UCLA players signed a document calling for similar safety measures before they returned to campus to commence voluntary workouts.

The UCLA player said he’s been satisfied with the way the school has handled safety protocols. The team is scheduled Monday to move into a two-week prep phase preceding training camp, the player said, but has not been cleared for any team activities and cannot use its weight room until receiving clearance from city health officials.

One UCLA player’s parent said his son is eager to play next season and feels comfortable with the protections the team has put in place, including the required completion of online surveys and temperature checks before players are allowed to enter athletics facilities.

UCLA also holds a Zoom call every Friday afternoon attended by medical staff and coaches to update parents on how things are going with the team. A person close to the team said last week that fewer than 10 athletes had tested positive for the novel coronavirus in the roughly six weeks they have been back on campus.

Group of Pac-12 players to demand safety measures from conference; boycott is a possibility 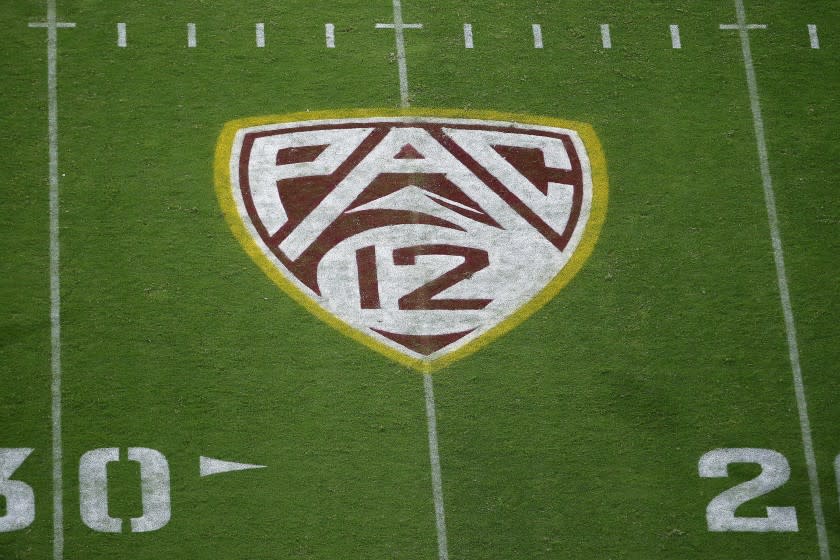