Amber DeLaRosa’s music career seemed to be picking up speed last year. She released two singles and, though she kept her day job as a nanny, began to make some money as a performer playing live shows at Sacramento venues at least once a month.

When the pandemic forced concert halls to close, DeLaRosa faced a challenge to her progress.

“As an artist, your biggest currency is momentum,” DeLaRosa said. “You’re gaining one fan at a time every show. You know that you’re going to sing to a crowd of strangers, and you’re hoping that just one of those people latches on and wants to go home and find your music further.”

For early career artists like DeLaRosa, local venues can provide a launchpad. DeLaRosa is still making music and giving online performances—an opportunity she appreciates. But singing in front of a webcam or even in a recording studio lacks a certain energy, she said.

“You cannot truly match what it’s like to actually feel the connection between you and the crowd right there in a physical space,” DeLaRosa said.

With entertainment venues slated to be among the first businesses to close and the last to re-open during the pandemic, employees at Sacramento’s Harlow’s & the Starlet Room worried the live performance experience could be lost permanently. Harlow’s marketing director Daniel Romandia said that without government aid, he thought many concert venues would soon have to shut down for good.

Romandia and other Harlow’s employees created the California Capitol Venue Coalition last month to push for legislation that will help independent entertainment venues during the pandemic. The endeavor is still in its early stages, Romandia said, but several venues are on board and others have expressed interest in joining.

According to the group’s platform statement, “We have come together to save the live music industry in Sacramento in this time of crisis and to fight for its place in the community from here on out.”

The CCVC is modeled after the National Independent Venue Association, a coalition of over 2,000 independent entertainment venues and promoters across the country that joined forces in the spring to push for federal aid for their businesses during the COVID-19 pandemic. The CCVC aims to do something similar within Sacramento by appealing to Mayor Darrel Steinberg, the City Council and community organizations.

Romandia said the initiative matters not only to nightclubs and concert halls, but to whole areas of the city that surround them. “I think we need to look into more about the economic impact that a building like ours has,” he said.

He estimated based on National Independent Venue Association data that every dollar spent on a show ticket at a venue like Harlow’s translates to about $12 of economic activity in the surrounding area. Based on those numbers, Harlow’s calculated that the 80,000 people who visit their two entertainment rooms annually bring $14.4 million into the Sacramento economy.

DeLaRosa acknowledged that it’s hard in this economy to seek financial help as an entertainer, working in an industry that is not categorized as essential.

“It’s a tough place to be in to ask people for help when you know that they also need help,” she said, but added, “There’s community value to a venue. That’s why I care.”

DeLaRosa and Romandia both expressed hope that members of the Sacramento community will rally around entertainment venues, bolstering them in addition to any government aid they may receive in the future.

The Crest Theatre raised nearly $30,000 in three days via GoFundMe donations last week to repair vandalism damage to their building. Supporters of the CCVC expressed hope that the Sacramento community and city government will feel similar enthusiasm for local entertainment venues more broadly.

Fri Jul 31 , 2020
TV writers Diana Mendez, left, and Judalina Neira formed the Latina TV Writers Brunch Group and La Lista to represent the Latina community in Hollywood. (Gina Ferazzi / Los Angeles Times) The outrage was instant and loud. And warranted. No Latinx creatives appeared in any of the major categories when […] 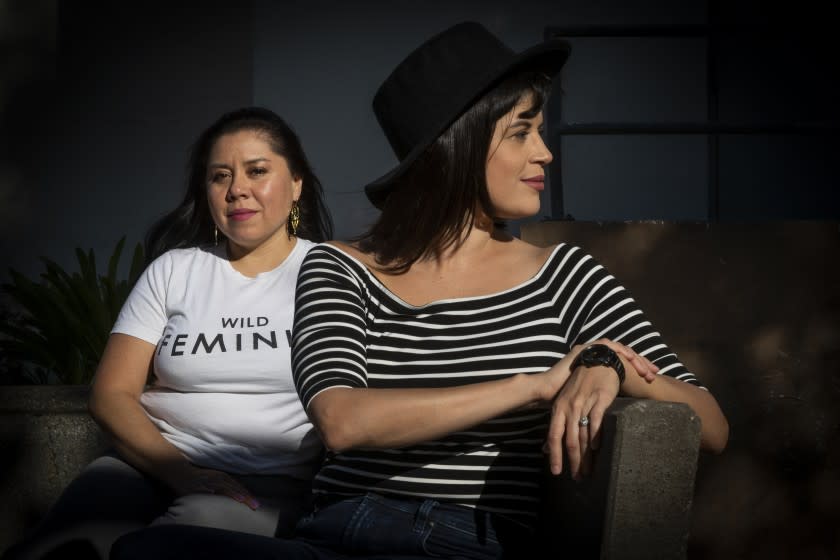