HARFORD COUNTY, MD — The Harford County Board of Education approved the administration’s proposal at its meeting Monday night to hold the fall 2020–2021 semester online.

His plan was approved, 8-1, and the dissenting vote was cast by Tamera Rush, who represents the northern part of Harford County.

While a hybrid model with in-person and virtual instruction had been considered, Bulson said it would not be feasible to educate the over 37,000 Harford County students in that format.

“We were not going to be able to deliver logistically to provide a good instructional program” and deliver on safety, Bulson said.

Coronavirus data in recent months also showed an increase in spread as well as children getting the virus, which he said gave leaders pause.

“Every other district in this state also began moving toward fully virtual,” Bulson said. “There is no single metric,” he stated, that administrators considered in the proposal.

“This was not about politics,” Bulson said. He said it was about public health, and “things seem to change daily” as far as the data.

In the first hour of the marathon board meeting, letters were read into the record from the public weighing in on the issue. There were hundreds, most in support of in-person instruction. A comparable amount of letters had reportedly been received before the last board meeting on the matter, members said, and those advocated for virtual learning.

The “goal was to create a consistent schedule,” Bulson said of his virtual learning plan.

For elementary school students, he said, the idea was to create a schedule that would “require a lot of synchronous time.”

The middle school and high school schedule is easier to follow than the elementary school one, the superintendent said, because it contains more asynchronous instruction.

With virtual learning, internet connectivity was a concern, especially in the northern end and eastern side of the county in the Churchville area, officials said.

Harford County Public Schools will be able to purchase hot spots for the 383 addresses in Harford County that do not have broadband access, Director of Technology Drew Moore said. He learned that grant funding for the hot spots was approved through the state Monday.

However, Moore said the hot spots would not solve the issue of lack of service for many students.

For “many of those areas in the northern end of the county due to geographic and topographic challenges, even a hot spot is not going to work,” Moore said.

Previously, Harford County Public Schools said every teacher and student from kindergarten through grade 12 will have a device.

Kids from kindergarten through 9th grade will get Chromebooks, while those in grades 9 to 12 will get Microsoft laptops.

Bulson said 27,000 Chromebooks were ordered, and many had not been delivered. About 13,000 were coming the third week in August.

“We’re short 14,688,” Bulson said Monday night, and there was no projected delivery date.

To ensure everyone has access to online learning resources, Harford County Public Schools is preparing to open virtual learning support centers for the 2020–2021 academic year.

“We absolutely understand the impact not being in-person has on our students,” Bulson said. “We’re well aware.”

The centers will be run and staffed by Harford County Public Schools employees.

Learning support centers will be open on all school days, officials said.

The centers will have two adults per eight students in accordance with the desire to prevent large gatherings, Bulson said.

“If we are able to increase our capacity … we will absolutely revisit that,” Bulson said of the learning centers, which will require personal protective equipment.

At this point, Bulson said 2,519 students were scheduled to go into the Harford County Public Schools’ learning centers.

“We are starting a waiting list,” Bulson said. “It was our intention to serve all those students, not in every single school but in a large majority of them.”

At first, Bulson said he was confident these centers “would not be contributing to Harford County’s infection rate.”

During the Q&A portion of the meeting with school board members, however, the superintendent said Harford County Health Officer Dr. Russell Moy and he discussed that time would tell.

“We’re not going to know if it had an impact on community transmission of the virus for a few weeks,” Bulson said. “After a few weeks, we’ll see what the impact has been.”

That first quarter of the fall semester ends in the first week of November, which Bulson said he thought would come quickly and could bring additional concerns.

“We also don’t know if flu season complicates things,” Bulson said, since flu symptoms were part of the protocol for closing down the centers.

More communication on the learning centers will come at the latest by the end of next week, he reported Monday, Aug. 10.

The 10-month special education staff is not working over the summer and has not yet communicated with families.

“Our plans right now are being developed for the implementation of the IEP” so professional development time in August will be used to go through the plans with staff, Director of Special Education Mike Thatcher said.

About 5,000 families who require these services will be contacted in September and early October.

“We have been garnering a lot of questions,” Thatcher said. “We are going to have a virtual town hall meeting to address some of those questions and some live questions.”

That will be Wednesday, Aug. 19, in partnership with the Citizens Advisory Council, so that the coordinators closer to the work will be able to respond to questions.

The Maryland Department of Health reports that childhood vaccinations have fallen since the onset of the coronavirus pandemic, a trend consistent with their counterparts nationwide.

Vaccination rates decreased by 46 percent from April 2019 to this April among those under 18, state health officials said. To reverse the trend, the Maryland Department of Health won a $250,000 grant from the Pfizer Foundation to conduct outreach.

“We are working closely with community and health partners to make vaccinations easily available and safe for families, even as the pandemic continues,” Secretary of Health Robert R. Neall said in a statement. “We strongly encourage Maryland families to take care of their health and make an appointment for important visits and essential care, like vaccinations.”

“There is a great concern nationally,” Bulson said, that immunization rates were low. “It is a requirement in the state of Maryland that vaccines are up to date.”

People must be “very vigilant” about getting the vaccines that are required, Bulson said.

People will need to watch for changes, as they will likely need to reapply for free and reduced-price meals, which will be distributed at the learning centers.

After the Maryland Public Secondary Schools Athletic Association (MPSSAA) postponed the high school fall and winter competition season, Harford County Public Schools aligned its policy and announced it would be postponing all face-to-face athletic practices, competitions and conditioning for fall and winter.

More would be coming on the topic at the next state board of education meeting, Bulson said.

The Way Forward: What Will School Look Like Next?

The Maryland State Department of Education is requiring all school districts to post their finalized reopening plans on their respective websites by Aug. 14.

School leaders statewide are waiting for clarity on stage three and guidance about what a full return to instruction would look like, the superintendent said, noting Maryland remained in stage two of. its reopening.

Conversations about bringing back small groups will be “ongoing throughout the fall,” Bulson said. “If there’s a chance to do that sooner, we will certainly be watching that,” Bulson said.

Responding to a board member’s question about what returning to in-person school would look like, he said: “We anticipate 30 to 50 percent” may choose not to return, but that statistic varied based on polls.

“More of a return to traditional instruction” is more likely than a hybrid model, Bulson said: “But I don’t know which of the current safeguards we need to carry forward.”

This article originally appeared on the Bel Air Patch

I’m a 19-year-old TikTok influencer. Here’s how I turned social media into a job

Tue Aug 11 , 2020
Parker James, 19, is a social media creator based in Dallas, Texas, who has made a name for himself on TikTok through his family-friendly comedic character “StEvEn.” His character is the endearing and curious CEO of the Dino Club, a fictitious club he created for dinosaur lovers. Below James shares […] 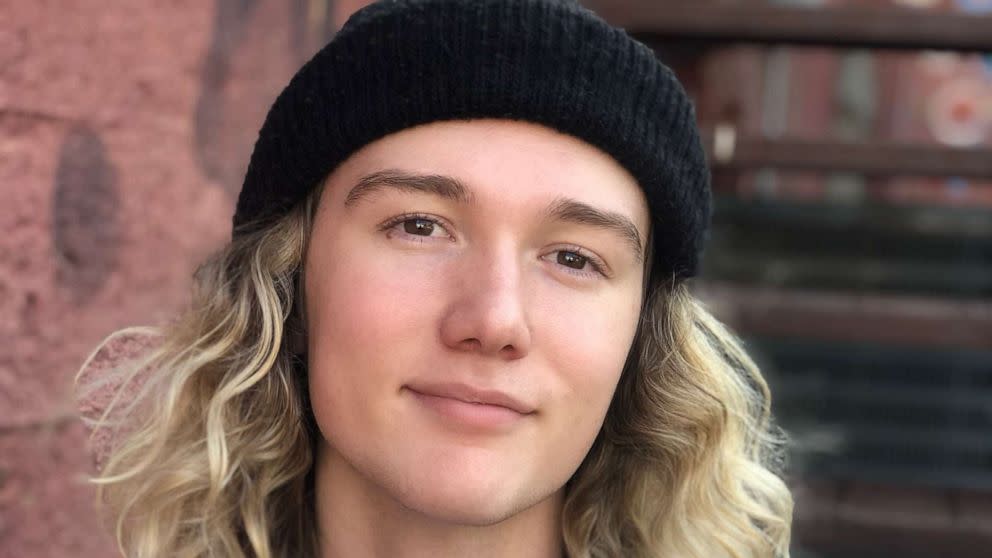