Anticipation has been growing for weeks that Joe Biden will make history by choosing the first Black woman as a running mate on a major party’s presidential ticket.

But after news broke over the weekend that Michigan Gov. Gretchen Whitmer, a white woman, had flown to meet with Biden to discuss the vice presidency, frustration and disappointment boiled over among Black female Democrats — including some in her own state.

“He better pick a black woman. If he picks Gretchen, he’ll lose Michigan,” said Virgie Rollins, chair of the Democratic National Committee Black Caucus, who hosted Biden at her home before his Michigan primary win this spring.

“There are a lot of Black people mad at her [Whitmer] in this state,” Rollins told POLITICO, citing her record on Flint’s lead water crisis and education policy, particularly in Detroit.

As Biden prepares to announce his choice this week, Black women activists and operatives have launched an eleventh-hour campaign to pressure him. In a pair of open letters Monday and last week, they made the case that he needs strong African American turnout in swing states like Florida, Michigan, Wisconsin and Pennsylvania to win.

In all those states, a drop-off of Black voter turnout in 2016 compared to the 2012 and 2008 elections, when Barack Obama was on the ticket, helped Donald Trump become president. Dislike of Trump, they say, is probably not enough to motivate the large turnout needed to beat him.

Spokespeople for Whitmer and Biden declined to comment. Biden is expected to unveil his running mate in advance of the Democratic National Convention, which starts Aug. 17.

“I don’t want to bash Whitmer, but I could not stand by quietly while we were putting these women, these Black women, out there to take all these hits,” Pamela Pugh, the elected vice president of the Michigan State Board of Education, told POLITICO.

The sentiment was echoed by Flint’s former mayor, Karen Weaver.

“They let Black women out there get beaten up in the media but they protected her. Nobody’s talking about what was promised in Flint that hasn’t happened,” Weaver said.

In the wake of the nationwide Black Lives Matter protests and Biden’s repeated stumbles over race, many activists thought a Black woman was a lock to be his running mate until the Whitmer news broke, said Latosha Brown, a co-founder of the group Black Voters Matter.

Brown said she was flummoxed by the late consideration of Whitmer because a Black woman would do a better job turning out African American voters, even in Michigan.

“If he picks the governor of Michigan, she might not be able to move the Black vote for him because a lot of people are upset with her,” Brown said.

Jotaka Eaddy, who helped pen the Aug. 5 letter calling on Biden to pick a Black woman, pointed out that an African American running mate would also help with progressive whites and young and millennial voters.

“This will energize the base that will bring out a widespread demographic,” Eaddy said. “It’s not about Black voters sitting at home. It’s about the intensity and energy needed to secure the White House.”

Glynda Carr, co-founder Higher Heights, an advocacy group for Black women, said Biden could ruin the otherwise positive coverage of a running mate by not picking a woman of color. Illinois Sen. Tammy Duckworth and New Mexico Sen. Michelle Lujan Grisham are the only other women on Biden’s list who identify as neither Black nor white.

“If he doesn’t pick a Black woman, it’s going to be an awkward day for” the VP nominee, Carr said. “There’s going to be a lot of tension, people asking, ‘Why not?’”

Karen Finney, a veteran of Bill Clinton’s White House and Hillary Clinton’s 2016 presidential campaign, said Biden will pay a steep price if he opts for Whitmer. It’s nothing personal against the Michigan governor, she said, but Black women have worked too hard and long for the Democratic Party to get passed over. African American female voters powered Biden’s victory in the South Carolina primary, a win that revived his campaign and put him on the path to the nomination.

“The Whitmer news reminded people that we need to keep being vocal, not just to push back on the attacks but to make it clear that the backlash, if he doesn’t pick a Black woman, is going to be severe,” Finney said.

“I’m at a fever pitch, a boiling point over this,” Rye said.

First, Pugh and others say, Whitmer under-delivered on promises to clean up the lead-poisoned water of the majority-Black city of Flint. And Whitmer initially fought a lawsuit that was especially important to Black people in Detroit “seeking a basic right to literacy, classrooms with books and teachers and school buildings with no heat in winter or air conditioning in summer,” Pugh wrote.

“There’s not enough ‘there’ there, first of all, when you compare Whitmer to these qualified women, which we unfortunately have to do,” Pugh told POLITICO.

A spokesperson for Whitmer responded to Pugh’s criticisms by noting that the city of Flint is in charge of pipe replacement, that its water quality is “well within federal testing requirements” and that “bottled water is available and is currently being provided to city residents by Nestle.”

But Rye said the governor’s explanation doesn’t cut it.

“Gretchen Whitmer, I don’t know her,” Rye added. “But here’s what I do know: Flint still doesn’t have clean water, and it was a campaign promise of hers,” Rye said. “In a climate where we experienced George Floyd, and Breonna Taylor and Elijah McLean and everyone else who has never even had a hashtag, how do you justify that pick?”

Biden’s defenders, who don’t want to publicly push back against the coalition of Black women advocates, point out that he has committed to nominate the first Black woman for the U.S. Supreme Court. They also note that if Whitmer is picked, Michigan Lt. Gov. Garlin Gilchrist II would be the first African American governor of the state.

But that’s little consolation for those who want a Black woman for VP, an issue that has taken on added importance in Biden’s selection process because of his advanced age, 77.

One of Whitmer’s biggest boosters in the state, Michigan Democratic Party Chair Lavora Barnes, who is African American, could not be reached for comment.

Adrianne Shropshire, executive director of the BlackPAC political group, said the concerns about Whitmer are “completely justified.” But she indicated she thinks a Whitmer pick is unlikely because it would be such a bad idea.

“I think the Whitmer leak was a red herring,” Shropshire said via text message. “It’s hard to imagine that with 4 top-tier Black women leaders, who are all not only uniquely qualified to be vice president but president, the Biden campaign would come out of this process saying ‘yeah, none of the Black women met our criteria.’ They’d have a lot of explaining to do and very little time to do it.” 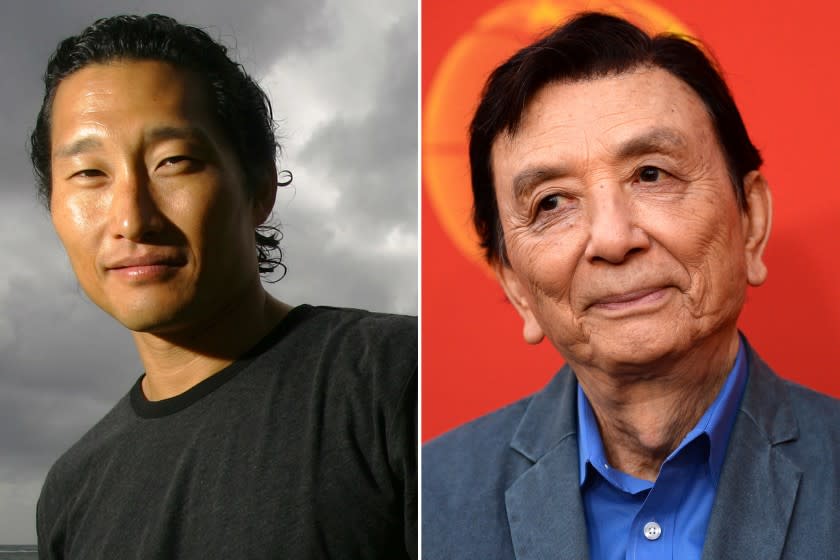