“We’re heartbroken, and the world is poorer: Herman Cain has gone to be with the Lord,” reads an update posted to his official website.

Herman Cain, the TV and radio host, former business executive and 2012 Republican presidential candidate, has died about a month after he became sick with the novel coronavirus disease, his team announced on Thursday morning. He was 74.

“We’re heartbroken, and the world is poorer: Herman Cain has gone to be with the Lord,” reads an update posted to his official website.

“We knew when he was first hospitalized with COVID-19 that this was going to be a rough fight,” Cain’s friend Dan Calabrese wrote in that update on Thursday. “He had trouble breathing and was taken to the hospital by ambulance. We all prayed that the initial meds they gave him would get his breathing back to normal, but it became clear pretty quickly that he was in for a battle.”

Calabrese continued: “We all prayed so hard every day. We knew the time would come when the Lord would call him home, but we really liked having him here with us, and we held out hope he’d have a full recovery.”

Cain had spent most of July getting treated for COVID-19 in an Atlanta-area hospital. His team said early this month that he tested positive on June 29.

Cain’s team said in early July that there was “no way of knowing for sure how or where Mr. Cain contracted the coronavirus.”

However, the former restaurant executive-turned-politician had attended President Donald Trump’s June 20 rally in Tulsa, Oklahoma — a large gathering that health officials believe is linked to subsequent infections. (Many attendees, including Cain, were seen without masks or social distancing.)

“I realize people will speculate about the Tulsa rally, but Herman did a lot of traveling the past week,” Calabrese wrote on his website earlier in July. “I don’t think there’s any way to trace this to the one specific contact that caused him to be infected. We’ll never know.”

Cain is survived by his wife, Gloria, children Vincent and Melanie and their three grandchildren.

“They need our love, our support and our prayers,” Calabrese wrote Thursday. “Nothing I talked about above meant as much to him as these wonderful people did, and because he loved them so much, we will continue to feel his impact on the world through them.”

Looking Back at His Life and Career

Cain is known for his campaign’s rapid rise and fall during the 2012 presidential race, during which he ran for the Republican Party’s nomination in hopes of facing incumbent President Barack Obama.

The New York Times wrote in 2011 that “with his golden voice and folksy manner, Mr. Cain appealed to voters who sought an anti-establishment candidate.” Cain showcased his conservative politics and colloquial demeanor during a string of debate performances in 2011.

Up against the GOP’s political mainstays, Cain shocked many analysts when he began to appear near the top of primary polls alongside party familiars like former Rep. Newt Gingrich and current Sen. Mitt Romney, who eventually won the party’s nomination.

Cain’s presidential hopes quickly fell apart when multiple women alleged he had sexual harassed them in the past. (Cain denied the accusations.)

He officially ended his campaign in December 2011 after another woman, Ginger White, said she had recently ended a 13-year affair with the rising presidential candidate, which he also denied — insisting it was nothing more than what he described as a “friendship,” according to Politico.

Cain told the outlet he had given White money for “month-to-month bills and expenses” and that his wife, Gloria, did not know about their relationship.

“My wife now knows,” Cain told Politico. “My wife and I have talked about it and I have explained it to her. My wife understands that I’m a soft-hearted giving person.”

Gloria, who married Cain in 1968, stood with him on stage as he announced the end of his campaign that December and the couple remained married.

Cain said at the time that he was suspending his 2012 campaign “because of the continued distractions, the continued hurt caused on me and my family, not because we are not fighters.” He added: “Not because I’m not a fighter.”

His whirlwind up-and-down political career was decades in the making.

An eventual millionaire, Cain grew up poor in Atlanta and celebrated a long career in the restaurant industry after working as a mathematician in ballistics with the Navy. After earning a job as a business analyst at Pillsbury, Cain gradually rose up the ranks of the food business, gaining a reputation within the company for a successful run managing hundreds of Burger King restaurants near Philadelphia.

Cain was promoted to chief executive of Godfather’s Pizza, another Pillsbury subsidiary, and is credited with turning around the fading chain during the mid-to-late 1980s. The son of a janitor and a home cleaner, Cain bought the pizza company from Pillsbury with a group of investors in 1988.

The restaurant executive began to flirt with politics in the 1990s, gaining brief national media attention for an exchange he had with President Bill Clinton over the Democratic lawmaker’s health care proposals during a town hall meeting in Kansas City.

Still the CEO of Godfather’s Pizza, Cain engaged in what NPR later described as a “respectful and lively” debate with the president over his approach to healthcare. The outlet reported in a 2011 that “many conservatives believe the Man from mozzarella got the better of the Man from Hope.”

Cain briefly served as a senior adviser for Republican candidate Bob Dole’s 1996 presidential campaign. That same year, he became the CEO of the National Restaurant Association and moved to Washington, D.C., where The Washington Post reports he became a “regular presence in the halls of Congress.”

“He is very outgoing, friendly, likable, always talking to people,” Better Foods owner Oshel B. Craigo told the Post about Cain. “He’s just a very friendly guy. It is a hospitality organization, so everyone is friendly and outgoing. That is the nature of the business. He was likewise as the executive director.”

However, the Post also reported in 2011 that Cain’s “problems at the restaurant association mirror those that have plagued his campaign,” as some colleagues accused the eventual presidential candidate of lavish spending. Three of the four women who later accused Cain of sexual misconduct in 2011 said he had harassed them while he was head of the association, which lobbied for the interests of restaurant businesses on Capitol Hill.

Cain mounted a short-lived challenge for the Republican presidential nomination in 2000 and ran a similarly unsuccessful 2004 Senate campaign. He survived a bout with colon cancer in 2006 and became the host of the self-titled Herman Cain Show on Atlanta radio from 2008, where he remained until his presidential bid took off in the spring of 2011.

After his unsuccessful run at the White House, Cain continued to make appearances on Fox News and other conservative media shows throughout the remainder of his life, hosting a program on WSB radio until he contracted COVID-19. According to his team he had also “just started hosting a new show” on the cable network NewsmaxTV.

He was never elected to office despite multiple attempts and later called for the formation of a third major U.S. political party, embracing the Tea Party’s platform — which also embraced Trump.

“To all of those people who say that the Tea Party is a racist organization, eat your words,” The Atlantic reported Cain had said, as his presidential campaign gained initial momentum.

Cain later became a vocal supporter of Trump. In 2019, the president said he wanted to appoint Cain to an open seat on the Federal Reserve’s Board of Governors, but the Associated Press reported that four Republican senators — including Romney, Cain’s former 2012 opponent — said they’d vote against his potential appointment, which was eventually withdrawn.

“My friend Herman Cain, a truly wonderful man, has asked me not to nominate him for a seat on the Federal Reserve Board,” Trump tweeted then. “I will respect his wishes. Herman is a great American who truly loves our Country!”

Thu Jul 30 , 2020
The novel coronavirus pandemic has now killed more than 668,000 people worldwide. Over 17.1 million people across the globe have been diagnosed with COVID-19, the disease caused by the new respiratory virus, according to data compiled by the Center for Systems Science and Engineering at Johns Hopkins University. The actual […] 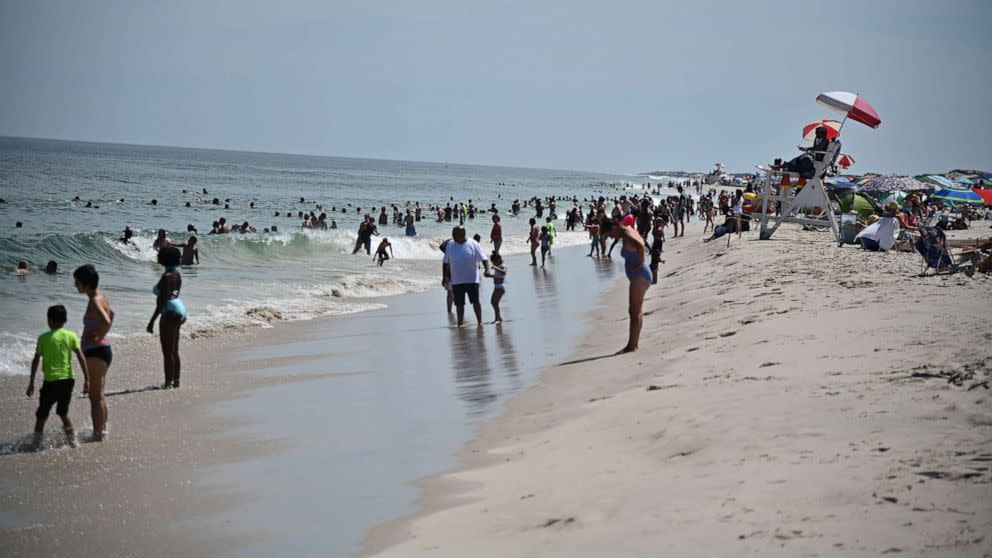