The Centers for Disease Control and Prevention will “no longer control” the coronavirus data collection system from hospitals across the nation, a spokesman for U.S. Health and Human Services confirmed Tuesday night.

The New York Times reported earlier Tuesday that the administration had ordered hospitals to bypass the CDC and send all COVID-19 patient information to a central database in Washington beginning Wednesday, raising concerns from health experts that it will be politicized or withheld from the public.

Michael Caputo, assistant secretary for public affairs for the U.S. Department of Health and Human Services, said in a statement to NBC News that it would be a faster system.

He said that the CDC has about a one-week lag in reporting hospital data.

“The new faster and complete data system is what our nation needs to defeat the coronavirus and the CDC, an operating division of HHS, will certainly participate in this streamlined all-of-government response,” Caputo said. “They will simply no longer control it,” he said.

The Times reported that the HHS database that will receive new information is not open to the public, which could affect researchers, modelers and health officials who rely on CDC data to make projections and decisions.

Caputo told The Times that the CDC would still make data public.

In the statement to NBC News, he said the CDC’s data gathering once worked well but was inadequate today.

“The President’s Coronavirus Task Force has urged improvements for months, but they just cannot keep up with this pandemic,” Caputo claimed. “Today, the CDC still provides data from only 85 percent of hospitals; the President’s COVID response requires 100 percent to report.”

Critics have charged that President Donald Trump has sought to downplay the severity of the coronavirus pandemic and that he or members of his administration have encouraged states to reopen though the virus remains a threat.

Four former CDC directors or acting directors wrote an op-ed that appeared in The Washington Post Tuesday titled, “We ran the CDC. No president ever politicized its science the way Trump has.”

Tom Frieden, Jeffrey Koplan, David Satcher and Richard Besser warned in the op-ed of “political leaders and others attempting to undermine the Centers for Disease Control and Prevention.”

They wrote that the Trump administration has cast public doubt on CDC recommendations and highlighted comments regarding the reopening of schools.

As of Tuesday, more than 3.4 million cases of the coronavirus illness COVID-19 have been confirmed in the United States, with more than 137,000 deaths linked to the disease, according NBC News’ count.

The issue of opening public schools in the fall with cases on the rise in many states has been a source of controversy.

In recent days, Trump and his administration have pressed for schools to fully reopen, with the president claiming that Democrats want schools to stay closed to hurt his re-election chances.

In California, the state’s two largest school districts, in Los Angeles and San Diego, announced Monday that classes will be online only at the start of the school year, citing “skyrocketing infection rates” of the coronavirus in their areas.

Wed Jul 15 , 2020
MIAMI, FL — When Florida Gov. Ron DeSantis traveled to the state’s epicenter of the coronavirus outbreak Tuesday he was hoping to have an honest exchange with local mayors in Miami-Dade County about the ongoing surge in cases of the deadly virus. The mayors were more than willing to share […] 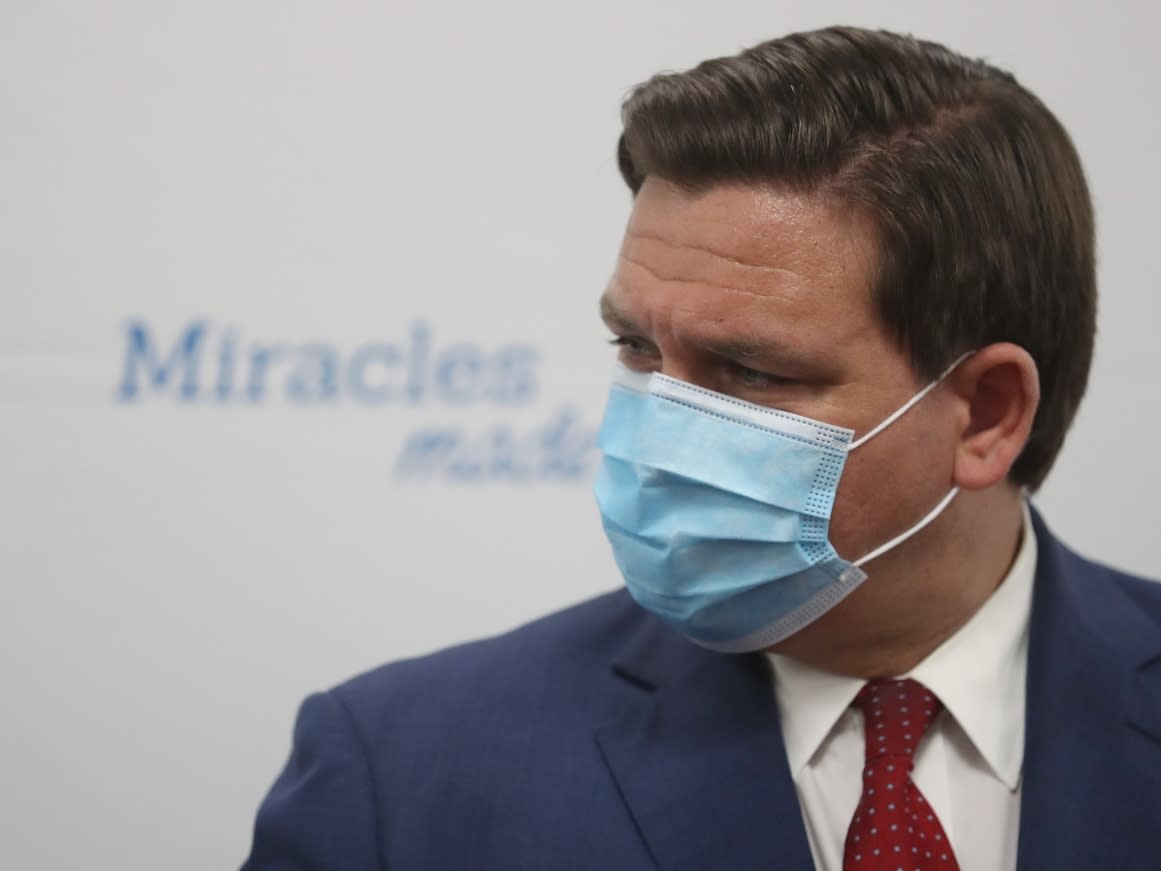